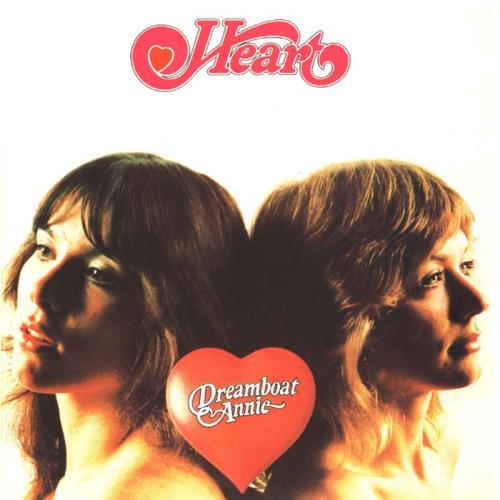 The hints have been posted, and I think it’s very apparent that Crazy On You by Heart is headed to Rocksmith 2014.

Next week’s dlc is from 3 different artists, with something in common. 1 of which have appeared as Rocksmith dlc before.

I’m pretty crazy on some of the upcoming Rocksmith 2014 DLC. A(Several) release(s) to remember, that’s for sure. Studio versions, of course.

However, that still leaves two other artists (that haven’t been in Rocksmith before) to be revealed. Yes, it’s a singles week, for the first time since October 22nd, 2013!

My theory is to go with the theme of “Heart” so it’s led me to these two possibilities:

A great beginner song, Heart is in the band name and “Love” is in the song title. If this song doesn’t come this week there’s no way it isn’t coming eventually.

You know you want to play this.

Of course @SquirellyNinja isn’t quite done with us…

What are your two song picks? Do you think we’re too confident in our prediction for Crazy On You?

Let us know in the comments below.

Remember… It’s not an on disc artist, and (as far as we can tell from the hint) isn’t a band from Rocksmith’s DLC either. So no, Paramore or Pat Benetar! 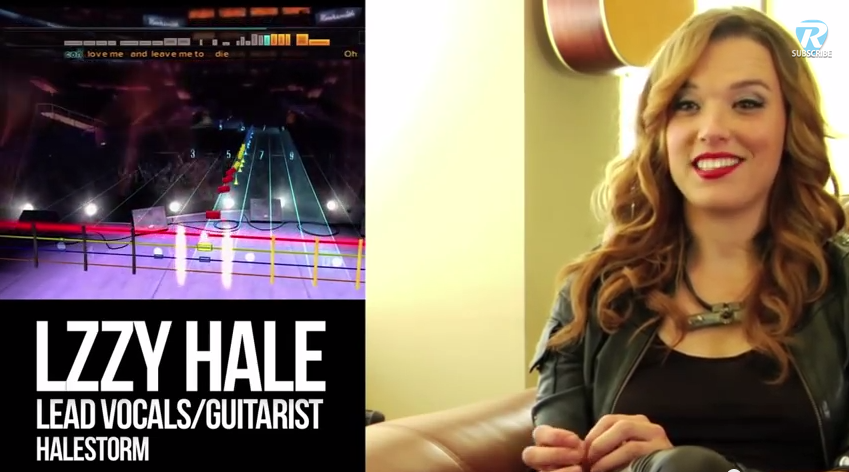 We want more Slayer tracks, women of rock is nice, and yes there should be more of their tracks in the game, but I want more Slayer. If not Slayer, get Kittie, The Pretty Reckless, In This Moment, The Agonist, Archenemy, I mean the list is endless. Womn who rock should not be limited to the guitarists.

But point is… more Slayer. We want it.

Oooooh that hurt man. Really bad. I can’t recover from that one

Still going on about that? Move on Junior, your insults mean nothing.

So…no “I’m so sick” for tomorrow ?
Damn, the main riff of this song is great.

The that fact that you have to ask how the word “Sweet” is being used in that sentance tells me that you’re the tool. Now shut up and think about how stupid you are before you post ridiculous comments.

Guess it was the latter then, huh? Pansy…

wow, is everyone okay?

Heart is okay, don’t know about the others.

You’re only allowed to request bands with a female singer.

this game is called ROCK smith correct where is the rock music no songs with riffs or solos just 1 hit garbage , heart forget that i dont care for that halestorm song

what did this criscross guy can’t spend a extra bucks and pick a band that has a real rock riff in it??

Listen to the two songs for this week again, look my avatar in the eyes and say that there aren’t any rock riffs in them. That one during the bridge for Love Bites? Yowza.

Haha nice you browse /mu/ too? Way to go bro I’m so happy such unique and tasteful people such as us have met on this wide wilderness called the internet 🙂

must have attracted them with that Death Grips mention in the Bad Things article.

maturity at its best, not sure if joeshas bad grammer or you using such childish language is worse 😯

How and the hell do you consider crazy on you not an amazing guitar track. Please throw your guitar out your window (if you live in a 5 story or more apartment) then change your mind and follow the guitar, you’ll do the world a SOLID.

What’s that image of Lzzy from?

especially since I already have 2/3 on BF

They can’t rock for shit? Obviously you’re sexist basterd that knows nothing of good music. If you actually knew fuck all about guitar then you’d see that Heart and Joan Jett has some of the heaviest, sweetest riffs, and seeing how there Females, I think they “Rock” pretty fucking hard. Its not all about Metal.

If it is the latter, you’re a fucking tool.

Great DLC for this week. I have a hard time really getting Love Bites close to 90%+ on the real difficulty in Bandfuse(I miss my dynamic difficulty!) so cannot wait to get it in Rocksmith

Oh, I also love how Cross mentions having a lot of music cleared. Let’s get some double weeks for packs or maybe some totally unrelated singles when it is only a 3 pack week. That would be cool.

Haim would be pretty cool for the 3rd. I would DL that one.

Rocksmith has enough female lead songs. Don’t get me wrong, I love women a lot, but they can’t rock for shit. Here’s looking forward to the following week…

You’re not buying this DLC? SEXIST!!!

They aren’t that bad, the band kittie is awesome

Nah, they’re a bunch of pussies. Haha, get it? I kill me.

Man, who cares what game gets which songs, just get a tab and learn the god damn song, no one ever said its easy. And don’t forget that all these musicians learned the hard way. Which didnt involve a damn video game. So quite whining and be happy theres an alternative

Yup, now to figure out the third track…

Oh, and one more that could be it- The Pretty Reckless, seeing as they have an album coming out in two weeks.

I’m still thinking it’s Crazy on You, Love Bites, and something by a runaway, especially seeing as that Alanis song really isn’t the most empowering to realease as a women’s pack.

Yeah to me “You Oughta Know” is more of a revenge fantasy than anything.

Who cares which game gets what. Remember back in the day when you actually had to learn the song by ear or tab.Maybe some of you should rethink how you’re your learning these riffs. Not everything revolves around these game, if you wanna play a song that’s nt in the

Some kinda weak song options but I very much approve of the Women of Rock concept.

How about some Jefferson Airplane. Specifically, the live song with the super prejudiced liberal nazi propaganda bullshit spoken in drunken slurs to a crowd full of German citizens. That’s my vote.

Good point, even though Nazi’s were comprised of a far left Socialist party and Abe Lincoln (a republican) abolished slavery.

This twitter conversation confirms we’re getting 2 of 3 out of:
Heart -- Crazy on You
Alanis Morissette -- You Oughta Know
Halestorm -- Love Bites (So Do I)

I think Love Bites is the one we’re not getting, still “The Bandfuse Killer Pack 01” could still happen with replacing that with Drain the Blood by The Distillers.

Go your own way by Fleetwood mac

Hoping though these three wouldn’t be all claasic rock 😐

Yeah! I really hope the three songs are: crazy on you, go your own way and seneca falls -- the distillers!

Yes. Fleetwood Mac would be awesome

Metric or The Kills!

Some Lacuna Coil would be nice

Garbage is long overdue in Rocksmith. I’d say the same for Halestorm as well if I didn’t think it was more likely they’d end up with more Bandfuse DLC.

I really hope that Halestorm won’t stay exclusive to BandFuse. Sure, you could just get that game to play it, but I’m European, and BandFuse isn’t sold here, so Rocksmith is my only option.

garbage,orianthi,flyleaf,no doubt,halestorm,orianthi deserves to be in this game she’s a sick guitarist

no doubt must be in this game

Gimme some No Doubt!

Good call! Anything from Tragic Kingdom…

HAIM? I remember there being alot of talk regarding them possibly coming as dlc

If keeping with the female fronted/love theme, I’m guessing Love Bites by Halestorm will be included.

Heart is always a good choice , otherwise I could see maybe Zombie by The Cranberries being included and even though they’ve already been DLC I’d love to see more Blondie or more Pat Benatar. Is it too much to hope for some Fleetwood Mac songs too? Preferably Rhiannon or Gypsy.

Regardless , I’ve really liked Rocksmith DLC so far ( the only packs I didn’t care for waere the Alice in Chains and SOAD oned ) and hopefully the quality continues. 😀

Pretenders, Garbage, Hole, Evanescence (they also had a DLC in the past) would be also options… Garbage in particular would be fun to play.

i say pretenders,joan jett and heart

Dude … You could be on to something? Not so much with your Alanis thing (although who knows), but possibly with your Earthquake thing? Your Little Earthquake thing? OK … spoiler alert I’m talking about Tori Amos … who I know next to nothing about, other than she’s sort of pretty and has that “Lilith Fair vibe” going for her. Does she even have guitars in her music? ❓

OK that comment was supposed too link to this, which doesn’t actually have much in the way of guitars that I can hear:

Didn’t we have one other DLC with keys transcribed for guitar though? (Can’t remember)

What’s the reasoning on sticking to a ‘heart’ -- ‘love’ theme? Crossie stated they had ‘something in common’. And it looks like all being female has that covered. The ‘heart’ theme suggests more than 1 thing in common, which to me isn’t really part of his hints.

but if your guesses are correct, it’ll be the first buy for me in months.

I think it’s two separate hints. That’s just me though. Anything could happen.

Wait rocksmith is now copying released bandfuse dlc I guess the tables have turned first it was boston now heart. I hope these 2 games stay away from duplicate tracks its a wasted opportunity for new tracks

1) Licensing doesn’t happen that fast
2) They’re getting the studio version, which is drastically different from the live one that BandFuse got.

Chances are you won’t be able to watch this…

Are you an idiot? A song is a song. People want to learn songs in the game of their choice. That’s literally the thickest and most backward thinking on Earth.

Really? *That’s* the most backward thinking on Earth? Racism or stoning a woman because she was raped? That’s pretty backward, but thinking that studio vs. live makes a difference? Woah, partner. That’s just crazy!

As a PC user, I don’t really care if there are duplicate tracks crossing over. A lot of people don’t have both games. There are a lot of fun Band Fuse songs that I wish will get to RS.

I don’t fuckin’ care if its in bandfuse, bandfuse isn’t on pc

I don’t give a shit about Bandfuse

That’s only true if you’re American. Here in Europe, you can’t buy BandFuse, so a song only sold in BandFuse is a song I’ll never get to play.