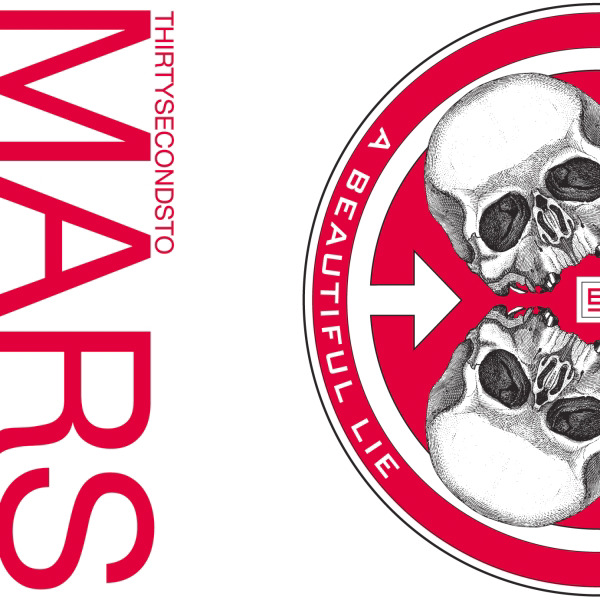 One of the foremost emo bands from the mid-2000s make their debut this week. Yes, 30 Seconds to Mars are adding FIVE songs to Rocksmith! These five songs span their middle two albums. First, from 2005’s A Beautiful Lie, we have The Kill (which Guitar Hero fans might remember from the World Tour setlist) and From Yesterday. Rounding off the pack, we have three songs from their critically acclaimed 2009 album This is War. First off, the title track (This is War), then Closer to the Edge, and finally Kings and Queens.

There’s only one song in the pack in E Standard, so be wary of that if you’re not willing to tune down. The tunings include Eb Standard, Eb Drop Db, and D Drop C.

Tell us, do you think this DLC is Academy Award worthy, or are you reacting to this the way the internet reacted to the new design of The Joker? Let us know in the comments!

4 different tunings and bugger all interesting stuff to play on bass. Actually like the band and some of the songs but this pack has no value.

Hopefully something halfway decent next week…. This glam rock is not my kind of thing 😯

55% against; no! Probably the numbers are are a bit skewd due to negative ones who always comment. ?Now i an curious on overall statistics on dlc sales

I was down on brand new at first but I came around and now I enjoy playing the songs. I don’t think 30stm would ever change my mind it’s uninspired, dull and overly dramatic without substance

Yeah, Not a big fan of Emo. By the way will January have a Newsletter?

It does, the only hint we have is in the speculation article

again with the emo thing. Is it a fashion thing? They sound totally different from brand new. Im as lost as ever on the emo label. It sounds, and is constructed, like contemporary pop rock. Oh well. I think this is the part of January’s news letter that your looking for: “Rock Royalty, Something French, and a temporary change in temperature.”

ok, the most succinct definition im getting online for emo is “punk with emotion”. I can see that being true for Brand New. There it definitely some punk influence there, but I dont see it for 30 seconds to mars, at least not in any of their songs that I know.

Temporary change in temperature = “Heat of the moment” for the record 🙂

A Change In Temperature: Heat Of The Moment

Something French: Arccade Fire? They Sing In French in Reflektor, Haiti, Unne Anne Sáns Lumiére, Joan Of Arc etc. If not, then Gojira is my pick.

I dont think that song counts as “Rock Royalty” I think its more along the lines of Elvis or hopefully Prince. 30stm is the mystery pack, and if you havent heard yet…something french is MEGADeeeeeetthhhhhh. You have to say it like that 😉

oh I see above that 30stm is the rock royalty. I stand corrected

oops, that was supposed to be a replay to Russell’s earlier post. Blame Wisenheim -- he started it ?

Might as well, I get blamed for everything and more often than not they’re right, lol. ?

I got the original Rocksmith pack which came with the Les Paul Jr. and I gotta say that it’s awesome for tuning up or down. Sometimes I’ll drop it down to C and will have to stop 1/2 way through and tweak the tuning but after that, it’s good to go and it will stay that way until I have to switch to a different tuning. My buddy, on the other hand, has guitars with floating bridges and we have to skip any song that comes up that’s not in E standard. He keeps an extra guitar handy for going to Eb so he knows what y’all are talking about ha ha! Makes me wish I had a floater too cuz it sounds like a great excuse to go get myself another guitar!

that’s one reason I prefer hardtails. Tremolos are fun, but unless you have a high quality bridge like a floyed rose, their more trouble then they’re worth. My high tuning guitar is a cheapy strat with upgraded tex mex pickups. I slowly upgrade parts more as a hobby, but it also doubles as an extra guitar. One of the first things I did was to open up the back and block the tremolo. Its a cheap, and effective trick to wedge the tremolo in place. Tell your buddy to check youtube (how to block a tremelo) if hes interested in giving it a try.

There is a mistake. Closer to the Edge in down-tuned in Eb standard on bass and not Eb Drop Db.

Do you use a heavier gauge of strings than you normally prefer for the D & D drop C tuned guitar?

Crap this was supposed to be a reply to Russell.

Just slightly. My regular strings are D’Addario EXL120 Super lights 9-42 gauge. For my D guitar I use EXL110 Regular light gauge 10-46 gauge. There’s just a little chatter on the top string, but for the game it works fine. Now that our low tuned selection is filling out a little more I have a reason to upgrade that guitar. Probably a mid range used LP. I’m planning on installing at least 11-54’s when I get it.

Lol, my regulars are D’Addario EXL 220 super lights 40-95. I’m thinking of putting some heavy flats and a hipshot drop tuner on my old p-bass and keep it in D standard.

the gauge difference is crazy. All my life off and on I have played guitar with various levels of commitment yet never took a serious shot at bass. Thanks to RS, I plan on eventually giving it a shot. I too want the power to punch holes in titanium with my bass strengthened fingers. 😛 Do you have any experience with the acoustic bass’s and how they work with RS?

Sorry, no experience at all. Apart from owning an acoustic and electric six string as a teenager which I never really enjoyed, rocksmith is my first experience on bass (and I wish I had found my passion 30 years earlier, lol, if I had rocksmith then I’d be a session bassist by now xD).

FK it, I’ll get it. I have heard parts of 2 songs once or twice but they sound like they’ll take me somewhere and that’s what music is for. As for all the alternate tunings, doesn’t everyone have 15 guitars tuned differently, set up and at the ready?

I knew it, only one in five in E standard. I’ll down tune for crue but not for this. I’ll pass, see ya next week.

only 1 song is in Drop C. 3 of the others are only a half step down. Same as many Hendrix, Thin Lizzy, and Weezer songs. It shouldn’t be THAT big of an ordeal to drop to Eb.

I don’t mind E flat standard but I only play bass and two of those are drop D flat so I suppose i could try the remaining two, if I liked the band, lol.

that makes sense. Maybe we should all have profile icons of our playing preferences. Like little bass clefs next to bass players, treble clefs for rythem, ect…

Lol, great idea. My facebook picture is a pic of a bass clef. 😉

Very u2 licks on kings and queens !

these previews make the songs look like some kind of warm up exercises. Are these songs or background music for commercials

I’ve never noticed until now, they sound a bit like U2. I’m getting the pack, the songs look like fun to play.

ok this is definitely doable. You should get a commission Elliot. I thought it would be a popish version of rise against with mostly power chords and octaves, but its more like a popish version of OneOKRock. The songs look like they’ll max out quick, but be fun to play, and I enjoy a couple of the tunes. Promoted from no buy to wishlist

I’m glad that Elison takes the time to preview these songs for us, it definitely changes people’s “tune” so to speak lol

The kill is awesome in emo there are some really good song but Will the band and Ubisoft Will choose the right one ( * ex : bullet for m’y Valentine and mcr *) the rest is kinda radio friendly and in emo radio friendly aint to good but this is way better than Half of what we hard last year if i got money to waste ill buy 1 or 2 plus the kill. Will we get more Bowie and lemmy this year id lové too

this band is a joke

Takes one to know one, I guess 🙂

Love Kings and Queens. Gonna have to check out the others first to see if I make a song purchase or a pack purchase.