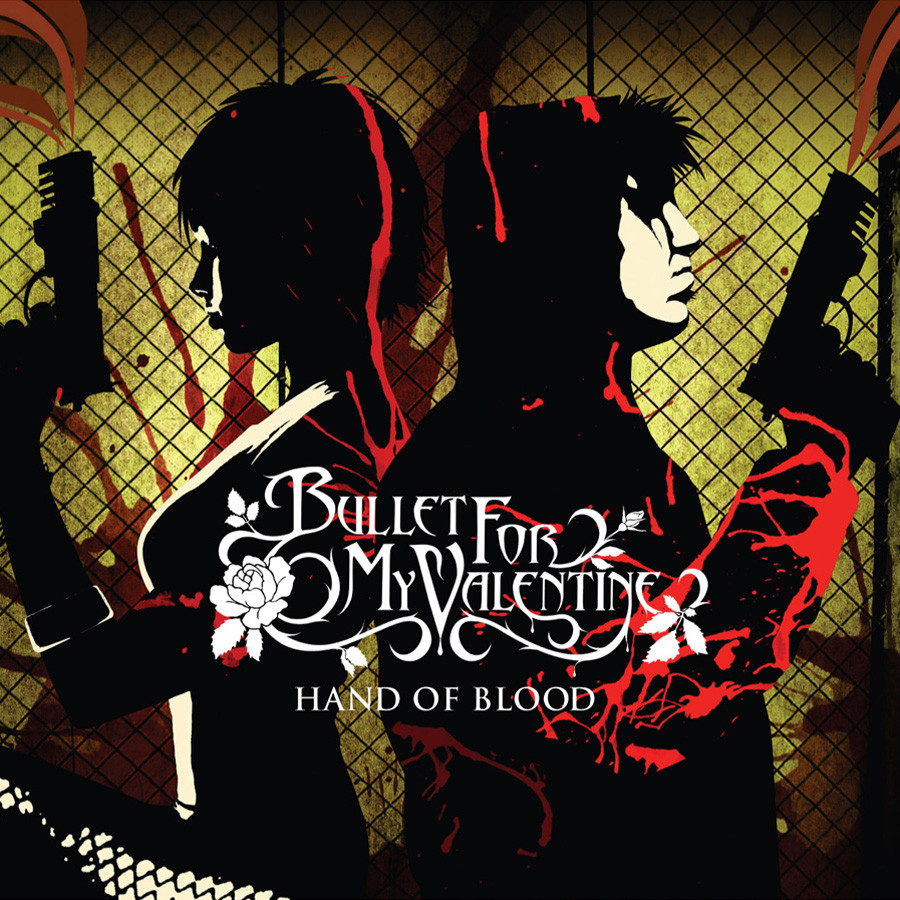 Today’s DLC is a five pack from one of the most highly requested bands for Rocksmith 2014, Bullet For My Valentine!

BFMV (as they are commonly referred to as) are a Heavy Metal(core) Welsh band that has been around since 1998. I was able to predict 4/5 of the songs coming this week but I never expected that they would get their first hit single, Hand Of Blood off their 2005 similarly titled second EP. Additionally, while those may be calling out BandFuse repeat at Tears Don’t Fall, I have confirmed that this is indeed the album version as opposed to the single version featured in the on disc setlist. That’s an extra 1:11 of BFMV for you folks!

This is definitely going to be a fret burner.

Is this a good way to wrap up November? Are you picking up the BFMV pack? Let us know!

Thx! Going to try! Practicing The Trooper now! Love it ?

Thank you for your reply Elliott ; even on xmas!; i will contact them. Btw Any suggestions on beginners tracks for metal?

Have you tried Volbeat?

Bought scream aim fire but cannot download on xbox360 , anybody knows why??

This has been a known issue for awhile, contact Ubisoft Support

This is an amazing addition thank you RS. For every hater there are 100’s who love it!

Still not available in Europe on PSN 🙁 Everything seems to be at least 2 weeks behind release in US.

That’s a lot of Drop C

Winter is coming. Winter STEAM SALE that is… this wed till Dec 1. You can buy this crappy band and a bunch of others at discounted prices. I can’t wait.

Actually it’s usually DLC from the previous years that gets discounted, we shall see though

Good pack, so I would have preferred :
Cries in vain
room 409
Alone

These are going to be fun, and challenging in parts. Nowhere near my favourite metal band, but still good, especially musically. Much less screaming and way more singing in these than some people seemed to imply in the ‘speculation’ thread! I’m happy-ish. although I’m still waiting for that pack with challenging basslines that we haven’t had for 12 weeks now…

U call that singing? o.o

matt tuck is a great singer/guitarist,dont believe me? watch them live.

not my favorite band, but you must be smokin some funny stuff to think matt cant sing.

It’s not singing…it is a vocal talent, sure, but don’t confuse it with actual singing.

Thoroughly impressed the Rocksmith team were able to not only provide a 5 pack but also Hand of Blood as one of the songs. Very good pack!

Finally, we get one of the BFMV songs I can stand: Hand of Blood! That, along with Tears Don’t Fall are definite pick ups.

Side note, would’ve enjoyed a My Bloody Valentine pack more than this.

Color me surprised as fuck.

What time is the dlc officially released on xbox live?

It was available yesterday afternoon on XB1, surprisingly…

Scream aim fire is a definite not sure on the rest I’ll have to give them a listen.

Hand of blood is likely why they are famous. (burnout the game)

I await the mass guessing game over what the DLC will be for December 2nd and 9th.

If the 2 unknown dlc weeks aren’t both artists from this list…I’d be very surprised!

indeed, plans have clearly fallen through as we were supposed to have Anthrax, Slayer and Straits before the end of the year. But as always, Paul’s tweets can’t be taken as gospel, just intention.

Yes, I know that Dire Straits have many more great songs than just “Money for Nothing”, “Walk of Life” and “Sultans of Swing” but music licensing is hard.

Hendrix was confirmed for the 16th December when it was announced.

I’m just glad the weekly DLC releases have continued all year. Even if I’m not into this week’s band, I only have to wait a few days to see what’s coming next. I cannot think of two consecutive weeks in which I have been disappointed.

I had a few months there in the first half of the year where I was only interested in maybe one pack the whole month. But since July, it’s almost a relief when I don’t feel the need to spend more money on DLC. 🙂 Not sure when I’m gonna learn all these songs, but dang they are fun to try.