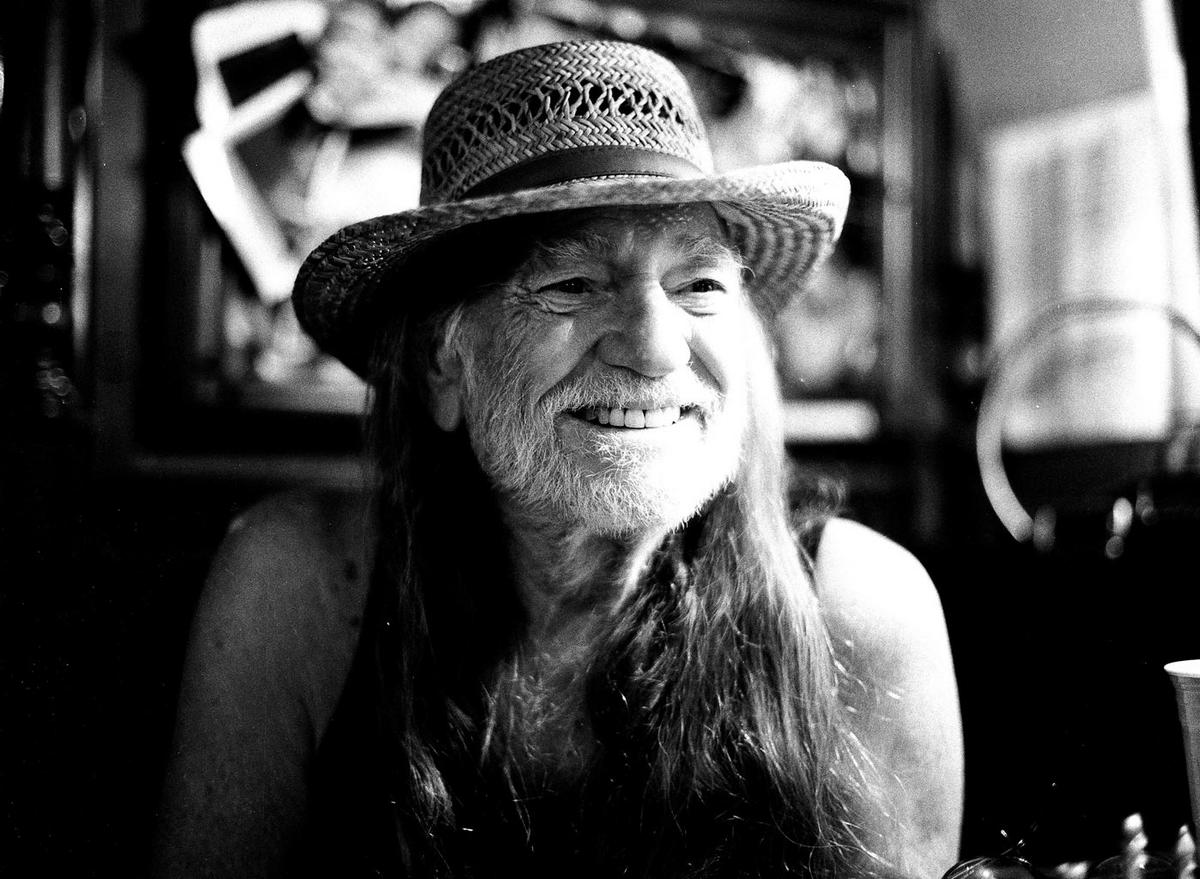 This week will finally give a very vocal group of people what they want, Country music on Rocksmith 2014!

Sure to be one of the most polarizing weeks of DLC yet, @UbisoftStudioSF has licensed three classic singles from artists such as Hank Williams, Roger Miller, and Willie Nelson. Perhaps they are testing the waters with a three pack? In any event, all those people asking for Country DLC since 2011 better show up to grab this one!

There is no question now that I’m So Lonesome I Could Cry is the oldest song ever to be included in a music game, we’re talking 1949 here! Also important to note, that despite Rock Band and Guitar Hero having their fair share of Country DLC and On-Disc content, the only song this week that is shared with those libraries is the obvious pick of On The Road Again by Willie Nelson.

And much like most of June, all songs are in E Standard!

Are you excited for the arrival of Classic Country on Rocksmith 2014? Or is this some kind of twangy hootenanny filled nightmare? Let us know!

Excellent choices for this genre. How I wish the pack was a five pack. I’d love to see a 5-pack of Cash songs.

I also really enjoyed the Rockabilly pack and Bachsmith bundles. Ubi-soft — please continue to branch out with other music styles… I’d love to see a reggae-themed or big band or something bottle-neck-slide “heavy.” Variety is spice of life.

I know there is THAT multiplayer but I mean the REAL multiplayer that doesn’t require real friends, cuz I’m too oooold to bother keeping friends around. Seriously though, if Guitar hero did it RS should do it too…um…( oops )

Most of you guys need to chill out.. So you can’t post anything negative here or you’re gonna get jumped by a bunch of grown men ..really guys not everyone likes the same music.. Take out your tampons and deal with a little negativity!!

Negativity is fine but personal attacks over and over again will not be tolerated, sorry.

I am really pleased with the variety I have available to me when I play this game now. I dare say that a Dave Matthews Band 15-20 pack would be welcome at this point. I would also love some more Megadeth…they could put em together in a giant 40 pack and call it a tale of two daves…and I like that name…and we all know that my happiness is what matters here. Seriously though…I am looking forward to multiplayer. Maybe in RS 2016 ya think?

There is multiplayer, 2 player local.. no online though

This is a very nice change of pace from all the metal and rock pushed out over this year. That is not to dis those genres. There is just so much music out there besides what we have seen repeatedly throughout year.

Originally I wasn’t too keen on these particular country artists. Kind of bored with “on the road again” but after hearing the other tracks, I’m going to pick up this pack as a relaxing change of pace.

Ok so now let’s get modern with some Vince Gill or Brad Paisley.

Still missing that reggae too.

Some of Brad Paisley’s guitar work is incredible. His instrumentals “Cliffs of Rock City” and “Throttleneck” would be so much fun!

“Oldest song” only if you don’t count the original works from the Bachsmith pack. 😉

I don’t consider those the same songs

Never understood the “guitar hero has it why not rocksmith” complaint…..GH pays only for the audio/video so you can be a make-believe rockstar with your plastic controller not an official transcription of copy-written material for a real instrument…Same principal applies to going to iTunes and buying an audio download compared to buying the actual printed sheet music for the same song, they are two very different worlds and a lot of artists hold that shit sacred and is why all the old tab sites went to shit or no longer exist and why songbooks are a rip-off when you have to pay for the whole damn book when all you really want is two or three songs…

On a related note, King Of The Road is cool, pass on the rest…

I started reading, but then got bored.

Rocksmith got the name wrong on the Hank Williams Song. For some reason the adverts indicate King of the Road twice.

Someone please ban the troll. What a sad life, nothing better to do than troll people who are trying to enjoy some music. Where are the mods when you need em?

I’m monitoring their comments and when they cross the line they will be dealt with.

No. You are definitely a troll. If you don’t like anything that rocksmith and ubi are doing, go away. Nobody needs your negativity.

Hey Elliot, you sure this guy isn’t gotch with a different iP? He’s just as negative and antagonistic.

Nope not the same person, sorry. I’ll remove the homophobia though.

I was actually wondering about that too. Kind of surprised it isn’t him.

I’m no troll I just call suck when I see suck and the last month of DLC has sucked.. 1 okay song by FREE.. Other than that Zzzzzzzzzzz

LOL, you have no idea how pathetic you sound. You should definitely go get “I’m So Lonesome I Could Cry”, I think you would really identify with it.

What else besides Cake have you enjoyed?

“Idiots are people too.”

Elliott, good sire, please ban this toxicity away from this site.

He reminds me too much of that Gotch71.

O great. Another hater troll. Took long enough to be rid of the last one. Finally a country pack. Awesome! It’s nice to have some variety.

Don ur tuff typing .. Little post from a little man… You Must have overalls,chew and a truck … how bout a big green tractor ya’ll

“Little post from a little man”. What, you mean you?

Yeeeeehaaawwww…. Put on ur overalls,put in a big dip of chew and fire up the monster truck…because that’s what’s it’s gonna take for ubisoft to dig outta this huge puddle of shit water… Wtf???rocksmith not redneck smith.. What a joke!!

More like, WTF is your problem you bigoted asshole? I’ve got a joke for you too….your life! LOL!

Wow, suddenly all the metal doesn’t seem so bad. I’ve learned to like modern country where they actually play a few bass notes but old country-western where the bassists are encouraged to “not play to many notes” is not for me. Back to back dlc miss weeks here and after this weeks dlc choices I’m giving up hope of ever getting a funk pack.

Awesome songs here, my only complaint is it’s only a 3 pack! Please keep coming with more country and old school rock songs like this RS. Hopefully guys like Hank Sr & Johnny Cash get their own packs someday too.

Johnny Cash and then Hank Jr. would be awesome follow-ups to this pack.

Now how long do they need to wait so that they don’t inspire too much wrath?

Even though its not my favorite genre, I’m not opposed to learning some country, I just wish there had been some nice country lead playing in these tracks, not just some strum-alongs.

Appreciate the variety, but country is one of the genres I find incredibly annoying. Hoping for something modern that is not Primus next week (I’m not a bass player, and I do not find anything else to enjoy in that pack).

“I’m So Lonesome I Could Cry” was one of the first songs I learned on guitar, thanks to the Roy Clark Guitar Method. That was a while back. 😉

I’m not into modern country, but much of the old stuff is great. The expanded genres are very welcome. I’ve finally requested some songs; old blues, more country, and some jazz.

Shut up and take my money! Can’t wait for some Johnny Cash next. Hopefully Willie gets his own pack too.

Yeehaw; I’ll bite. In for Willie and hoping for others later.

Was really hoping for some Johnny Cash. But this is still a must have…

I would assume Johnny Cash would get his own pack much like Rock Band did.

I agree, a 5 (or more) pack of Johnny Cash makes sense. There’s enough to choose from as Rock Band got an 8 pack in addition to Ring of Fire in a separate large country pack.

fantastic May -- June have been pretty excellent.

When I read the title “On The Road Again,” I immediately thought of a different song by Bob Seger called “Turn the Page.” I didn’t realize I had heard Willie Nelson’s song many times before until I listened to it again.

This pack is more tempting than I expected. I feel like there’s a bit of technique I could learn from these. I don’t really know anything about playing country guitar, but I’d like to be versatile enough to play all genres of music. Maybe I’ll wait until Christmas when these go on sale though. I’m in no big rush to learn them. Pretty sweet song choices. Very representative of old country. Good job bringing variety RS!

Well guitar hero isn’t even out yet and they have Iggy Pop, Chevelle, Manson, Korn, ZZ Topp, I don’t see why we can’t see some of these in rocksmith

For Korn i expect the reason is most of their songs are in A Standard.

Expect some crazy songs to be licensed for GHTV due to the lack of stems and the incentive of displaying the original music video for artist/label exposure.

I think rocksmith should do the same and pump out more songs they are up to 650 but thats after 4 years almost. Do you think they would ever increase the amount of dlc because if they added a lot of different types of music with lesser known bands it might end the constant complaints?

I do miss the music video part that bandfuse tried to do. I found it more entertaining then the fake crowd. I was hoping they would release something new at E3 but nothing was mentioned.

If Williams and Miller smoked more weed they would still be alive, is that what you are saying? :herb:

I’m in. Maybe Willie’ll get a 5 pack in a few years or so. “You Were Always On My Mind” has a great little solo in it.. In the future, for some great, technical / Nashville studio country, Blackhawks “Strong Enough” is an album with enough killer vocal tracks and ripping / tasteful solos for a 5 pack by itself…