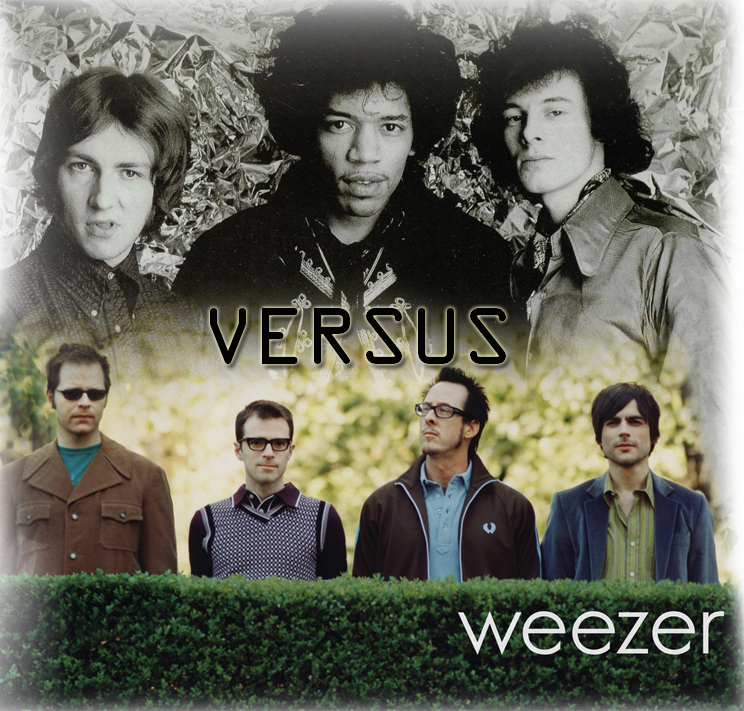 Well Rocksmith fans, the time has to come to crown your winner of Best DLC of 2014!

It seems like either there were a lot of @Weezer fans, or perhaps they are just more dedicated to winning the poll, because out of 1,068 votes 326 of them (31%) were for the nerdy quartet with @JimiHendrix coming in a close second with 301 votes (28%). Honourable mention goes to Bachsmith which was able to pull 239 votes (22%) securing the third place spot for 2014!

While we aren’t exactly sure if Weezer fans exploited anonymous votes or not, it doesn’t matter. They are disabled for this round and we can’t fault our readers for being that passionate about their favourite DLC (or band) released last year.

There were some great moments on the first year of the weekly @Twitch @UbisoftStudioSF Stream, which one was your favourite?

Just a few of the memorable ones!

I voted on the Gone Wailin’ showdown. it was just exciting to watch. The Seventeen solo and Cliffs of Dover were also hella impressive (and I loved Dan’s comment: “A wild solo appeared. It’s super effective!”). Shane doing the killswitch solo in Bulls On Parade was funny… he looks like such a goon, haha,

oh and I voted for papaXpalpatine’s Ghost Walking video even though, he didn’t do thaaaat great.

I love Audrey and all but, I’m sick of that video and to be fair, Nick’s 99% should be a lot higher on this poll. Audrey’s video kind of overshadows him just because of all the press it got.

Why must you make DLC requests? WWWWHHHYYYYYY????!!!!

Then you don’t get to be heard! Now go away! Just kidding. 🙂

So does the winner,either Weezer or Hendrix, go up against BON JOVI? Was Bon Jovi Left out because they are at a different level than the rest? Did you not want Hendrix to be bumped in the first round?

What? That doesn’t even make sense.

I am just giving you guys the jazz. But my vote is still for Bon Jovi. 😉

Worst RS moment of 2014? Not getting the SLAYER pack 😉

I seems to be real, there hasn’t been a Slayer pack

Weezer all the way. I want second pack with Pinkerton songs. Hendrix was such a show off like look at me I’m playing behind my back underwater while rolling a j

The halftime show for TRR Bowl will be Elliott doing a cheerleader dance, right?

The half time show is someone complaining about not getting Led Zeppelin, Pink Floyd, AC/DC, and Metallica yet

The Halftime show will actually be performed by Ellison entirely naked.

Rivers Cuomo has nothing on Jimi Hendrix. Nothing!

It’s all about how many stickers you have. Everybody knows that!