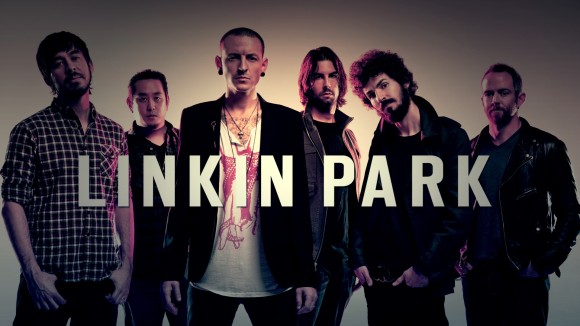 We’re kicking off 2015 with the SIXTH consecutive artist on the Top 40 Most Requested Artists list! And what a better way to celebrate six in a row with a six pack from modern nu-metal rockers Linkin Park!

In terms of nailing most of the big hits, this pack definitely achieves that, and finds some great guitar driven tracks in the process. The song I was least expecting was Guilty All the Same, from the new album, but after hearing it’s guitar line, the track makes perfect sense and totally earns it’s place among (arguably) all the essential hits!

The downside, of course, is that if you dislike tuning down, then you’ll have a tough time with this pack since every track is in either Drop D or Eb Drop Db. If it’s no problem to you, however, there’s definitely some fun to be found in this pack!

So, are you psyched for these tracks, or do you take a more… Elliott approach to @LinkinPark? Do you think next week will see the seventh Top 40 artist in a row, or will we see something out of left field? Let us know in the comments!

Consistency with the other songs in the pack

I was wondering the same thing connor but, assumed what Elliot said… I don’t think LP plays in anything but drop tunings…

Anybody thinks that some notes in Numb are wrong? I got the impression… On RS-youtube page somebody is also complaining abou tmistakes in the Linkin Park dlc.

While I’m not a fan, they have a couple of songs I like (and Jay-Z helped with a few of those). It’s amazing all of the hate this band seems to draw on here. Just like IceIce Baby, somebody helped these guys go platinum. And just like the fans of Mr. Van Winkle, it seems y’all don’t want to admit it. (Who’s that peekin in my window? POW!! nobody know) 🙂

Okay, going out on a limb here. Yeah back in the day, I bought Meteora. Not sure if I stopped paying attention or the band just fell off. Didn’t seem to hear from them after that. (other thing too is I’m not down for all the horrendous screaming) I have a wife and kids. Don’t need to pay for it, got people screaming at me for free.

Got bleed it out only probably wont get any other

This article sounds like an advertisement. In the about section: “to provide the latest updates, techniques, and reviews of all the content.” So review it! This was obviously a boring and flawed pack just based on popularity.

This isn’t a DLC review, it’s a DLC announcement.

We’d love to have someone review DLC weekly (as it is released). So are you offering? If so send an email via the About section.

Not a fan but i will probably get this so I have a few more songs to play in Eb Drop Db. Love this tuning.

Heh I like to call it drop C#. Move up to 11 gauge if you haven’t already. It will sound even better (tighter)! Although, everything in general may feel a little harder to play.

Agree 100%. Check out Breaking Benjamin Saturate album, the first 7 songs on it are pretty good. The ones I have learned so far are quite fun to play, all in this tuning.

Was really looking forward to this pack, as I loved Linkin Park in my teens. Saw track list. Felt serious disappointment. They missed so many chances. Horrible, dull guitar songs. These are some of their least guitar-driven songs in their whole catalog. Almost no substance at all. WTF were you thinking Rocksmith team? Just because they’re the bands “hits” doesn’t mean they’re suitable for this game. Won’t be another pack from them for a while either. Damn. I really wanted Papercut. ;__;

Guilty All the Same is good.

Yes, agree. Played through em all today and really enjoyed Guilty and One Step. The rest were pretty repetitive and boring…I’m looking at you What I’ve Done. That was a wasted opportunity.

I wish I could get my money back from half of them. Well whatever, life goes on. At least I’m not a next gen player…I feel bad for you guys out there.

There’s always a problem about the choices of the songs, I don’t understand some of the pickup.

Why they didn’t work on Papercut, Don’t Stay or Faint ? Given Up could be fun too, People would say “lol it’s not difficult” but not that it’s boring.

That was the first and last time I played What I’ve Done personally.

Why do I only get five songs out of six after buying the pack?? I miss what I’ve done … Xbox one user

Not on my Xbox one

Sorry I was thinking it was a reply :/

This pack really should be sold at 50% the normal rate. I don’t mind their music but there really isn’t any substance to the guitar.

Guilty all the same is acceptable on guitar

So how long left until it goes on steam?

When did Linkin Park become nu-metal?

huh? they are the definition of the genre

They should have just added Hybrid Theory songs , I remember everyone loved them when it came out but after meteora it was like they became total sell outs

What happened? I remember everyone loved “One Step Closer”, “In the End”, and “Numb”. After Meteora, whenever new music from them was announced, it was like, Meh, moved on. Whatever.

Follow up. Who gets more hate: Linkin Park or Limp Bizkit?

(I forsee a smart ass comment coming back on this one. Who cares about ……. you know what time it is.)

Even though they missed my favorite tracks by them (Papercut, Faint), I will still probably get this, as I was HUGE on them growing up. As soon as I finish writing my paper…

The update did not allow me to play my previously paid for dlc on XBox1. Customer service from these mopes is shit. They sure got their new dlc all loaded up fine. Well I have previously bought tons of dlc but I will not spend another penny with these people until I get what they promised me when I bought their new game.

This pack really gets me one step closer to the edge.

Are you about to break?

“What I’ve Done” is horrible to play, looks like a bad tab
Why play the synth part with guitar ?
Why Drop D tuning if it’s for not playing power chords ?
Come on, another song from Meteora would be great.

I won’t buy it because I don’t like the band.
…
Do you love this?

How sad that my first reaction is: I wonder when we’ll get this for PS in Europe?

sigh.
well, could be worse… still waiting on RATM etc. but I hear Feb is possible?

Actually I was wrong…

No faint or papercut.. Pass.

I don’t like this band, so I’m not getting this, I’m not complaining as I have plenty to play and many like them -- but -- I do wonder how the hell they are in the Top 40 and someone like, say, Motorhead (and a load of other great bands) are not. There is something very wrong with this!!!!

Why are you formatting your comments like this? Are you the guy on the forums doing it too? It is almost unreadable, mate

my girl likes them
so it looks like I’ll be getting them to get some….

Man this band just plain sucks. And a six pack of songs to boot? Pass.

I agree that they suck.

I’m drooling!! This is epically awesome!

Ahh, no Papercut. I say the top 40 artists streak ends next week.

I think there’ll be a few more weeks of the streak with Nirvana, Slipknot and Slayer not having packs yet.

I hope they give us at lease one more T40 artist. Linkin Park really isn’t a good start to the year. They’re one of those bands with a very bold line between the haters and the lovers. Should put in at least one more T40 artist before moving on. Someone who gets a bit more love.

Ahhh damn if only they put in faint instead of what I’ve done. They could of tracked that synth line!

I would’ve taken almost anything over What I’ve Done…except for any song from A Thousand Suns. That album needs to stay in the shadows and be forgotten.