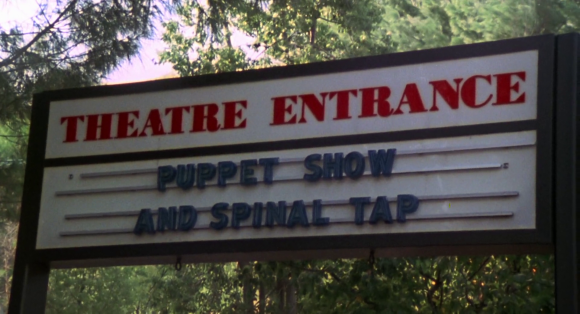 Just in time for April Fools, we have some completely awesome rock from one of my favourite films of all time: This Is Spinal Tap! So, turn those amps up to eleven, get your medically accurate green ribcage t-shirt on, and while waiting for the pack to go live, go in to session mode and perform your new instrumental jazz odyssey!

We have five songs from the film in this pack, starting off with the classic Tap tune Tonight I’m Gonna Rock You Tonight! Next, we have what might be the first all bass song in Rocksmith history, with Big Bottom (note, the lead and rhythm tracks are other bass parts)! After, we have Sex Farm, a song which was best described by the Tap themselves: “We’re taking a sophisticated view of sex.” “Down on a farm.” “Yeah.” Next, we have a fun little ditty from The Thamesmen called Gimme Some Money, which was one of the last songs performed with drummer John “Stumpy” Pepys, who would die the following year in a freak gardening accident the policed deemed “best left unsolved”. Finally, we have a tribute to a legendary rock formation entitled Stonehenge! It’s believed this song was only performed once due to a prop issue.

Good news for people who don’t like to de-tune, because all these songs are in E Standard!

Note: due to an Xbox One leak @Elisoncrz was able to play 4/5 songs before release for your enjoyment

So, will you be turning up to 11 for this pack, or do you think this is one big s*** sandwich? Let us know in the comments!

By the way, if you’ve never done so, get a hold of This is Spinal Tap on DVD and watch it with the audio commentary. It’s absolutely brilliant.

Certainly my favourite. They say it takes skill to sing and play. I find it more difficult to laugh and play.

Mostly playing these songs with a big idiot grin an my face.

How soon till we can get a Tap Pack 2?

The pack is still not available on Steam and Sex Farm is missing. Still waiting.

So excited to play this pack!! I gotta say it kinda sucks when a pack gets leaked a couple weeks early and you’re dying to play it.. feels like I’ve been waiting forever for this awesome pack to finally come out!

None. None more black.

Such a fine line between stupid and clever.

Do we get Steel panther next year?

And now, in deference to the statement from David St.Hubbins, there will be many people actually trying to play like Nigel… including me. 🙂

Already bought this during the leak, but got 4/5 songs. Does anyone know if the 5th song will be added to my library on Tuesday? I would think so since I paid for the full pack, but you can never tell with RS. Their DLC issue tracklist has not been good so far.

I am sure when the pack is on Xbox One officially a re-download will have that song appear. Or even a single download.

Let’s hope so. Otherwise Ubi, Gimme back my moneeeeeyyyy 🙂

The videos above are definitely the original versions, so I assume Sex Farm will be. Sure hope so.

Pretty awesome that they’re using the original versions rather than the rerecords from when they did that Back from the Dead album that showed up in Rock Band. In for the pack.

I’m waiting for confirmation on this, some of the stuff sounds like it might not be. Sex Farm will be a definitive answer though.

Should be obvious by now but yeah, they are the originals. (Not the New Originals, or the Regulars).

Thanks for the vids -- already practicing!