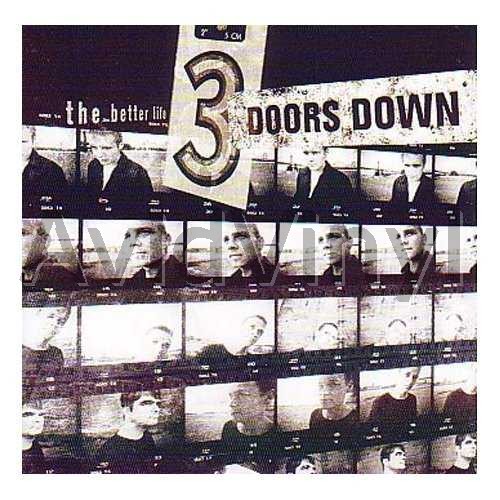 As the Facebook page hinted last week today’s Rocksmith DLC is a 3 Pack from 3 Doors Down!

The Mississippi band make their Rocksmith debut with two tracks off their debut studio album The Better Life, including:“Loser” and “Kryptonite,” and “When I’m Gone” which appeared on their second album, Away From The Sun.

While some people seem to have a less than favourable reaction to this band’s inclusion in the Rocksmith catalog, I found myself really starting to enjoy the seemingly Alice In Chains inspired “Loser,” and the simplistic, yet sonically pleasing “Kryptonite” as well. So, while I’m not sure when MOAR METAL is coming, variety is always nice, right?

Will you be picking up the full pack? Or just the singles? Or nothing at all? Let us know!

Guitar hero is for girls who like to play with plastic toys.

Love this band! Glad to see some good 'ol guitar based rock for DLC.

Its Hard to Be Humbl

Whoever that person is playing in the videos above, their technique is seriously sloppy. I knew Rocksmith would create sloppy players.

Author
Tommy
Reply to  Its Hard to Be Humbl

He played guitar before Rocksmith, I genuinely think Elison just doesn't care since he makes the videos that same day of release. It's purely to see the chart and nothing more.

Man I'm getting tired of these songs notbeing on ps3 on Tuesdays.

Songs are up on PSN now!

This is stupid, no news of Guitar Hero whatsoever….that's it
Guitar Hero is officially dead, I really don't give a crap for Rocksmith, hell Rocksmith is with Ubisoft not Activision, I only care for Guitar Hero, I'm tired of having to wait, Activision you better freaking announce you're going to bring out another Guitar Hero game no more rumors!!…otherwise I'm gonna hate you forever, and I am not buying any game that has your name in it, screw you

One angry Guitar Hero fan 🙂
But must agree if they are making new Guitar Hero why not just say it.

In the future can you keep comments like these to the Guitar Hero article it relates to (http://theherofeed.com/3669/rumour-guitar-hero-will-be-shown-at-e3-2012/).

We understand you are upset with the lack of constant info regarding the unknown developer working on a game we've only heard rumours about but… There's no reason to bring it to a Rocksmith thread where we discuss new content being released.

well hell this is the hero feed…..

regardless, I have seen that link that you are posting, but that is still just a rumor….there is no strong evidence yet and that is where I am ticked

All we have is rumours at this point 🙁

Sad that Here Without You wasn't included. Would have been nice to have a ballad.

Not really my Band, but i guess i´ll give it a try…

Definitely picking up the whole pack. Grew up listening to these guys, can't wait to play "When I'm Gone". Keep it up Rocksmith, and bring on the bass part!!!

I guess I'll just get the full pack. I didn't even know these guys before Sunday and only listened to Loser and Kryptonite on youtube for a bit.
I'm quite looking forward to playing these songs.