Earlier today a post on r/rocksmith revealed three songs that may be headed to Rocksmith DLC in the near future!

The rumoured DLC was revealed through Steam’s CDR, for those who don’t know what a CDR is, redion1992 explains:

“For those who don’t know what the CDR is, it’s the huge database of every item on Steam. Including each game, and each bit of DLC. Sometimes, stuff pops up there before its official release, eg. to offer it as a beta.

There’s multiple websites which allow you to view the CDR in a nice, readable format. While digging through it, I came across these entries. This is a list of all the individual subscriptions offered with the phrase “Rocksmith” in the title, sorted by the newest additions to the CDR. The newest ones currently are the Nickelback pack and singles, but just below that… three singles.” 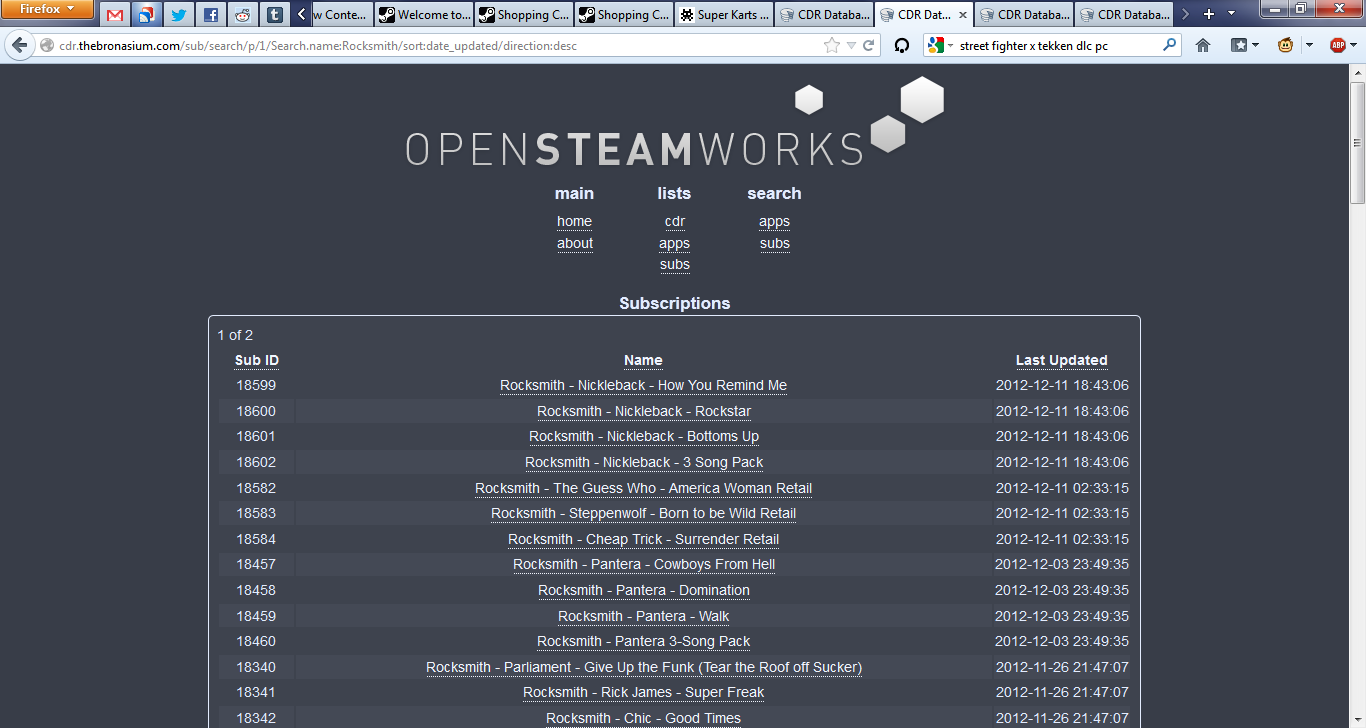 The three singles he revealed were The Guess Who’s iconic and often covered hit, American Woman, Steppenwolf’s rebellious anthem, Born To Be Wild, and finally a song that most of our readers should recognize Cheap Trick’s Surender.

While this isn’t 100 percent confirmed, previous occurrences lead us to believe we may see this DLC week in January. Will you be buying all three tracks? Let us know!

Will this be released New Year's Day?

No release for this DLC has been announced as of yet.

I will be getting these if they are released

better have everlong in it.

Sorry for sounding off to much last night, but i just get frustrated with the fact we could have a far better selection of " main stream " music From the off-set to entice a wider audience and introduce them into the world of rocksmith.
As far as licencing goes, look at all those great tracks we got on rock band and guitar hero.
If the respected artist on those disks thought thier music was acceptable to play on a plastic guitar, then they should be rejoycing at the fact that people want to emmulate thier music on the real thing.
And not to put artists on dlc that you would find in a bargain bin in some back street 2nd hand record shop.
Sorry ive gone on a bit once again. 🙂

The plastic Guitar's are actually the problem, a lot of the big bands now have exclusive licences with Harmonix (makers of Guitar Hero) -- There is an article on this site about it.

… and a tiny yay for Born To Be Wild.

You don't want to play that intro? I'm shocked!

Oh come onnnnnnnn.
Jesus, can we just have the big rock bands. These fucking bands fucking stephens wolf. Fuck this shit.
Come on i will say it again acdc. Bon jovi. Eric clapton. Dire straits. Foo fighters. Yea i picked them because i like them, but shit so do millions of others that why they r so fucking big,±even today. Not fucking stephens fucking bitch wolf etc…..

In before someone says these songs are better than Nickelback.

I admire your tenacity. However, it does not change the fact that when competent musicians hear Nickelback they often mistake it for a joke version of real music. For example, how many music students at Berkley are Nickelback fans?…Doughnut squared…