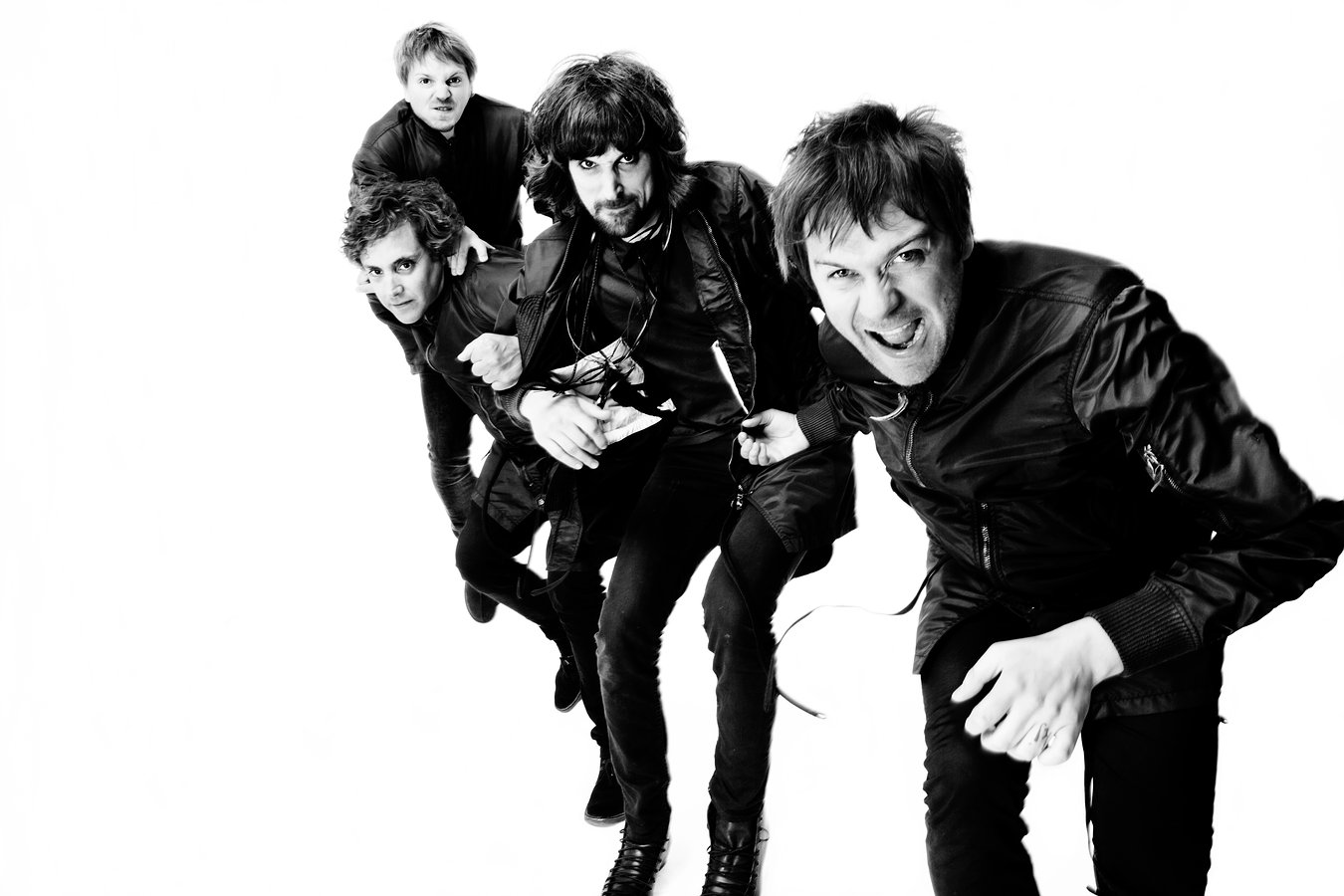 RollingStone222’s clue has been posted and solved and it looks like a new band will be added to the soon to be 990 playable song list of Rocksmith Remastered! 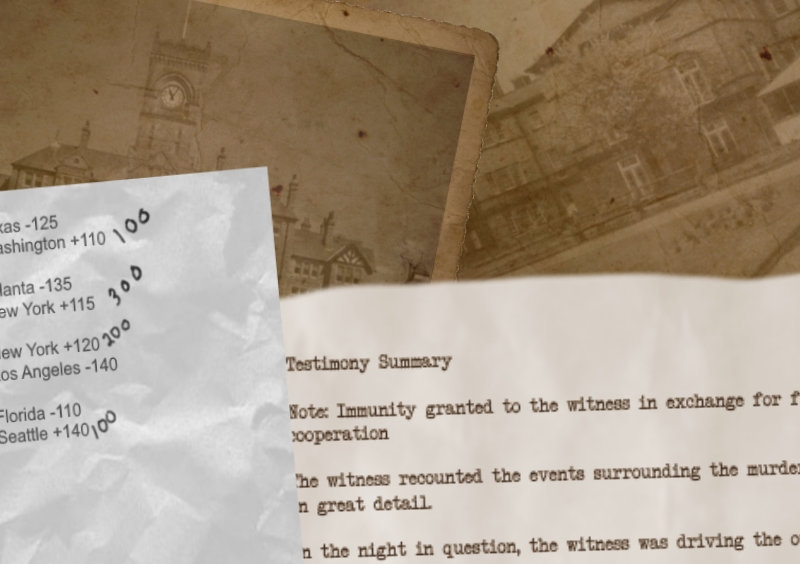 Is this the answer? 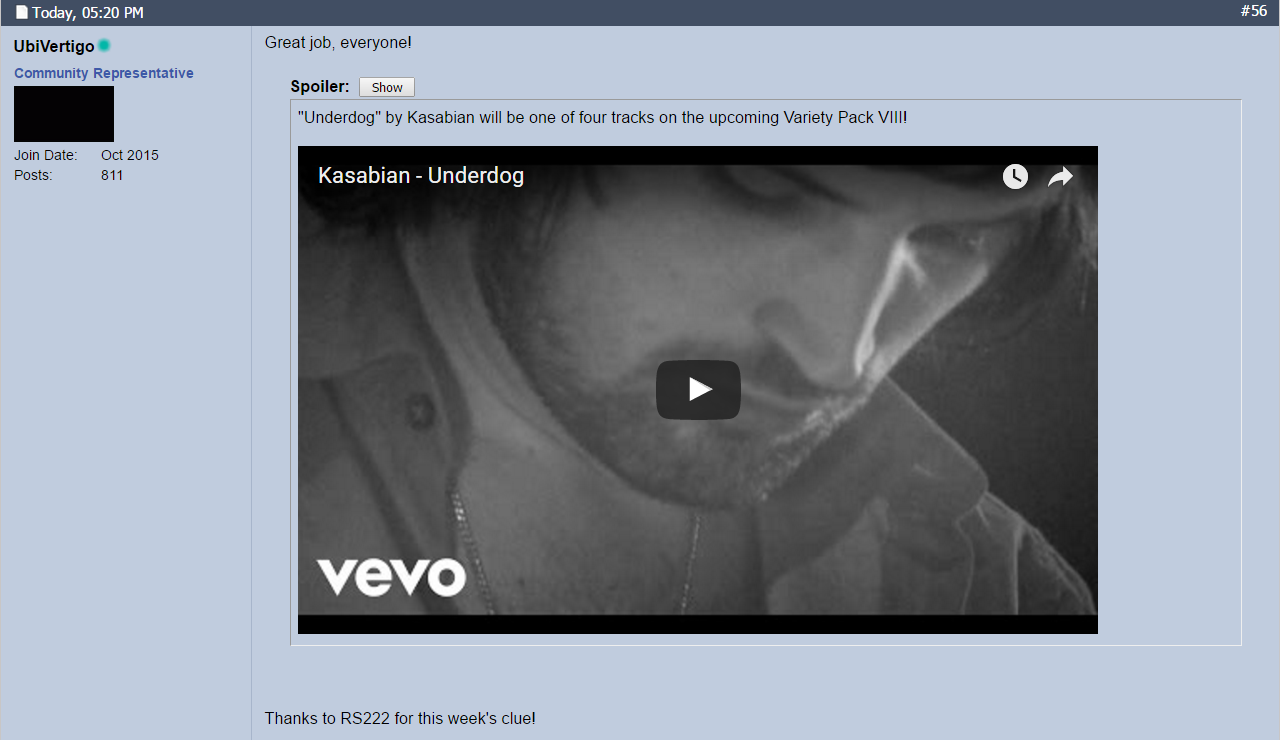 We don’t have much to go on for next week (stay tuned for a Sunday reveal) but here is what some of the writers of TRR, are hoping to see next week.

A britpop masterpiece that’s never been represented in a rhythm game before. A super cool sounding song with the potential for some great guitar parts and amazing tones to play around with. – @OsagaTheGreat

@pcgamingisted won’t give up on this one

Are you excited for @KasabianHQ on Rocksmith or is this Variety Pack off to a bad start? Let us know!

A new #Rocksmith Variety Pack this week, right between the sound machine. Check back tomorrow for another track! pic.twitter.com/3Zf4filmcA

Yeah! Jimmy Eat World “The Sweetness” and Manfred Mann “For You” or “Do Wah Diddy Diddy” or The Greg Kihn Band “The Break Up Song”

I would love to see some Kula Shaker (“Hey Dude”) and anything by Chic would be awesome.

“Magic Carpet Ride” was one of the first requests I made through the app..

Nice to see Kasabian! Now guessing the rest is impossible of course, but every “Variety pack” is a chance to have more Extreme, so as usual I cross my fingers for Get The Funk Out, Cupid’s Dead, He-Man … or anything else from them!

I love “Get the funk out”. I want to party with the little dude in the video. Lol

Okay so some other folks got my picks (Funkadelic, The Outfield).

How about widening this Variety Pack up even more than usual?

Yeah! We should 5 or 6 packs every week what do these guys only work one or two days a week? we got to wait until tuesday? or we should one new song everyday.

Love it if they were all Brit bands and we got some Slade!

There are so many classic Slade songs, and yet I’d love anything off of Keep Your Hands Off My Power Supply.

I’m always holding the door open for this one. Gooooooooo Maggot Brain.

Your Love by The Outfield

I need to complete my Vice City playlist

Finally, somebody hears me on that Your Love. Thumbs up.

This and Jimmy Eat World -- The Middle. C’mon already !
(…and Joan Jett -- I love RocknRoll)

Since its really hard to predict what will actually end up in a variety pack, I’m going to randomly guess

I think if we dont get a rem 2pac that single is a good possibility for a variety pack. I just realized the guy dancing in the uberlin video is the actor who played kickass/quicksilver in avengers 2

I would like to see REM pack 2 with End of the World, Radio Free Europe, Imitation of Life, Man On the Moon, and Drive.

…… oh sorry misread that. I saw 2Pac. I’m thinking Mike Elizondo’s bassline in the remix to California Love. Or maybe to Live and Die in LA.

After last weeks highly anticipated pack this one is starting off a bit underwhelming. I am optimistically looking forward to the other songs being revealed.