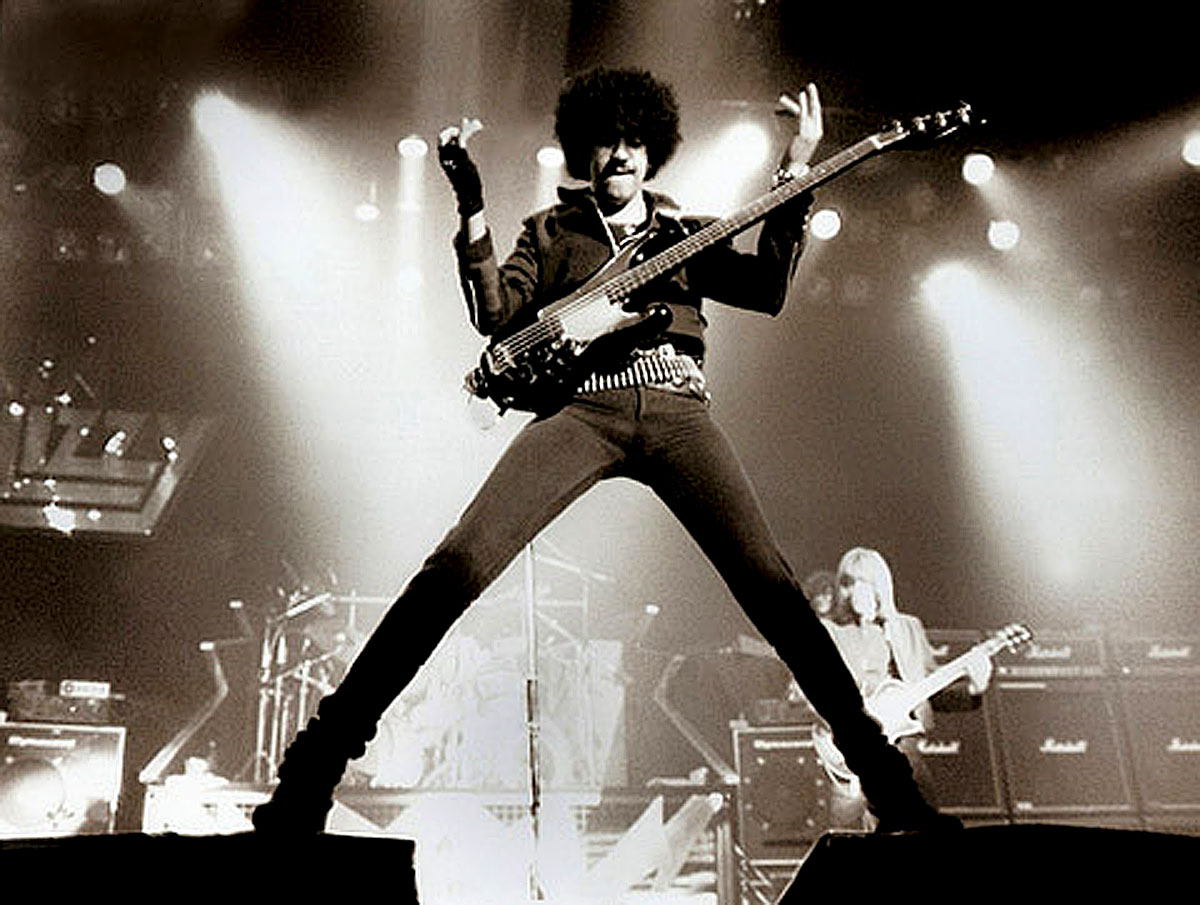 Hope you are enjoying the Rush pack as we have another bassists favourite coming next week!

Let’s take a look at @UbiParadise’s clue shall we? 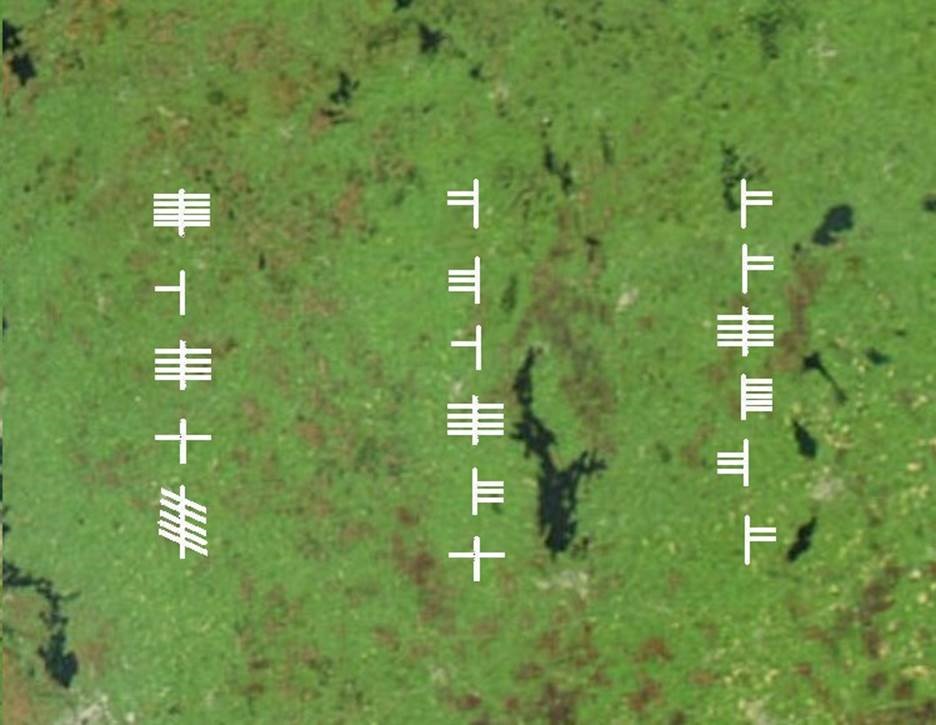 Then… The forum went down, so the clue was solved on reddit (mostly) by heretic1128! 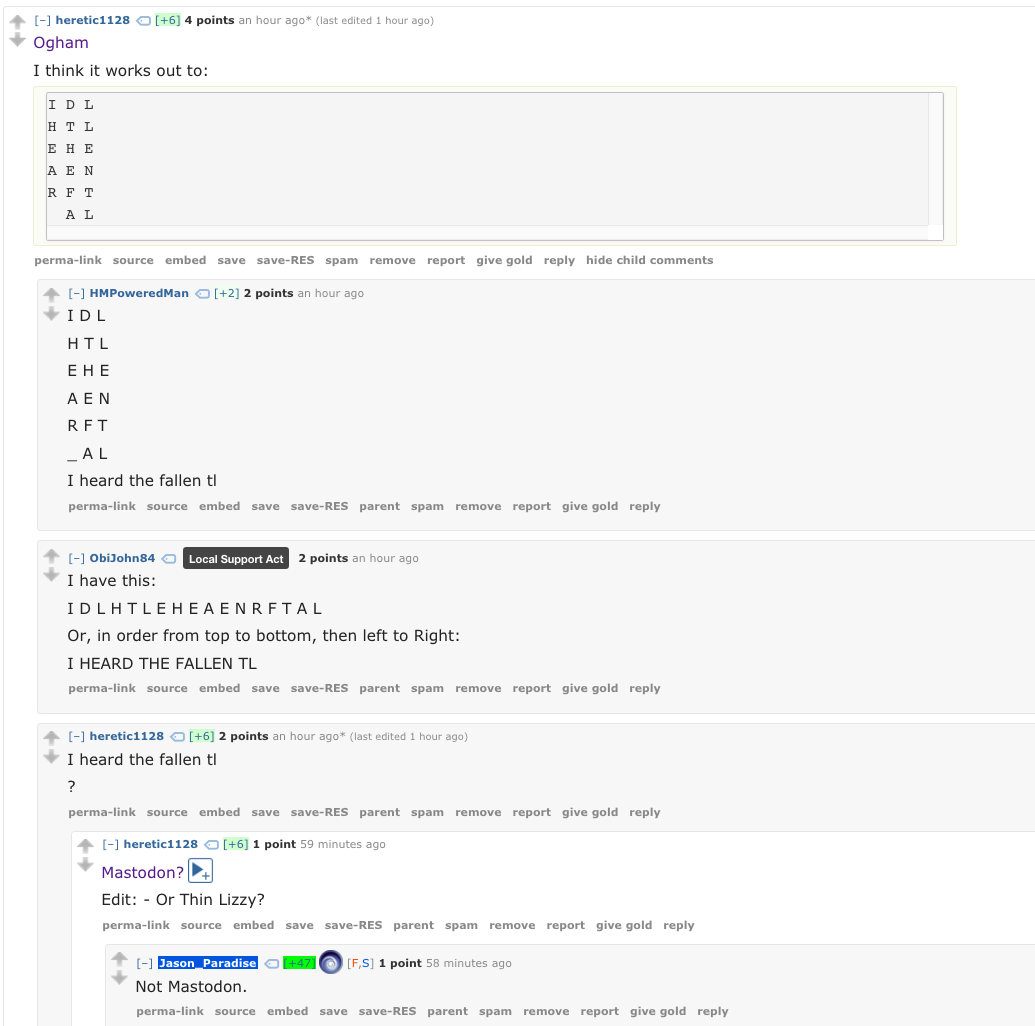 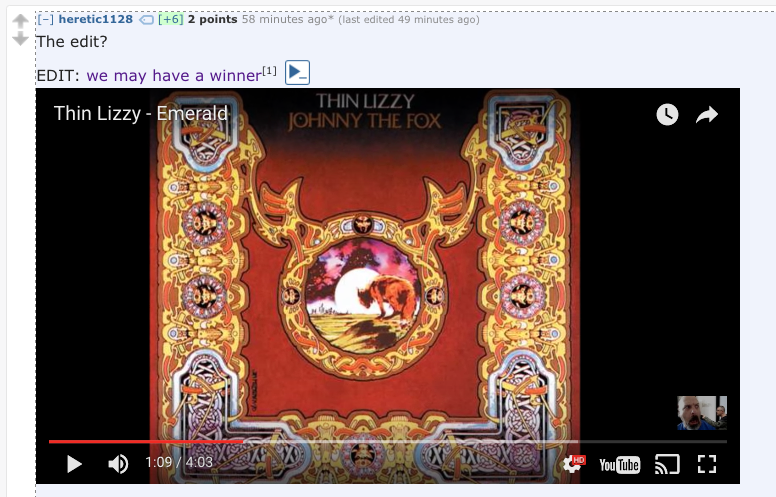 As I recall this was definitely a song people missed when the three pack was released last April.

Is it another Thin Lizzy pack though? Nope, it’s a 70s Mix Pack, so let’s begin the speculation or moreso, wish list of what we hope to see included in this three pack next week!

the following is speculation

Stealers Wheel “Stuck In The Middle With You”

This song always makes me touch my ear…

Can this be the week that @pcgamingisted finally gets his Talking Heads? Y’never know right?

Oscar seems to be convince you all know this song… I don’t.

Are you excited for another track from Thin Lizzy? What other 70s songs do you hope to see included? Let us know!

Lookin' for some happiness? Our new 70s Mix might do the trick! Three songs coming this week. #Rocksmith2014 pic.twitter.com/3alan2PfcZ

Mastodon has an awesome cover of emerald.

Was hoping for cowboy song

I’ve requested it, and the supersuckers cover -- Elliott

Learned this riff in my guitar lessons years ago, a must by from me

Wiskey in the jaro, the rocker, southbound, there are no bad thin lizzy songs …. More Nazereth?

Thin Lizzy is insta-buy for me. I don’t even care what the other tracks are.

Stuck in the Middle with you should accompany this pack. I requested it earlier this year by Trini Lopez.

If we get any Thin Lizzy I want Whiskey In The Jar. Make it happen.

So many great songs from the 70’s. I went a bit overboard with my list and I did not include any big bands that I did not think there is any chance such as Led Zep, Stones, Beatles, Pink Floyd, Eagles, Neil Young … Sly and the Family Stone -- Thank You (Falettinme Be Mice Elf Agin), Family Affair; Three Dog Night -- Mama Told Me (Not to Come), Joy to the World; Edwin Starr – War; The Guess Who – No Time, No Sugar Tonight/New Mother Nature, Rain Dance, Hang On To Your Life, Share The Land, Hand Me Down World; The Temptations -- Just My Imagination (Running Away with Me), Papa Was a Rollin’ Stone, Ball of Confusion, Psychedelic Shack; Rod Stewart – Maggie May, Mandolin Wind, You Wear it Well, (I Know) I’m Losing You, Reason To Believe, Every Picture Tells A Story, Gasoline Alley, Country Comforts, It’s All Over Now; Looking Glass -- Brandy (You’re a Fine Girl); Stevie Wonder – Superstition, Living for the City; Jim Croce -- Bad, Bad Leroy Brown, Time in a Bottle; Grand Funk -- We’re an American Band, Locomotion, I’m Your Captain (Closer to Home), Some Kind of Wonderful; Steve Miller – The Joker, Rock’n Me, Fly Like An Eagle; Golden Earing -- Radar Love; Bachman-Turner Overdrive -- You Ain’t Seen Nothing Yet, Takin’ Care of Business, Let Ride, Not Fragile, Roll On Down The Highway, Hey You, Four Wheel Drive; The Average White Band – Pick Up the Pieces; Manfred Mann’s Earth Band – Blinded by the Light; Van Morrison – And it Stoned Me, Moondance, Caravan, Into the Mystic; The Faces -- Ooh La La, Stay With Me, Sweet Lady Mary; Grateful Dead -- Friend of the Devil, Sugar Magnolia, Truckin’, Toch of Grey; Steely Dan -- Deacon… Read more »

I salute your fine taste in music, lol. I hope you typed all those into ‘request a song’ as well! 🙂

I’ve submitted hundreds of songs into Request a Song a long time ago most from the 60’s and 70’s which probably included most of the songs above. I did submit Little Green Bag which is one I missed above.

I’ve requested at least a score of songs from you’re list. I’m glad someone else is requesting some B.T.O.! I’ve also requested these that you missed….. “Casey Jones” by the greatful dead and “just got paid” by ZZ top.

And I salute his taste in music a second time for not listing it. Lol

I’ll take some Ted Nugent…Cat Scratch Fever, Great White Buffalo or anything else of his from the 70’s

I’d love to have Ace Frehley’s version of Back in the New York Groove.

This as been an awesome run of dlc for me personally. Pixies, Rush, 70’s mix pack…. “I want you back” is coming too. If we get a Greatful Dead pack or another funk pack in the near future I might just go ahead and ascend to heaven in bliss.

Glad to see rocksmith can still get thin lizzy maybe at a later date we might get some songs from when Gary Moore was in the band if that happens who knows maybe Gary moore,s own songs Parisian walkways anyone if people request the song Sarah by thin Lizzie that might be Gary moore,s first appearance in rocksmith

Another one (plus, it has a keyboard solo that can probably be transcribed to another instrument, other instruments have a lot of teach us, such how to play with one’s feet):
https://www.youtube.com/watch?v=A_hIc9FLqPs

Guitars are so 1970, yucky:
https://www.youtube.com/watch?v=IDPsRca6Qt4

“Such as how to play with ones feet”…….. LOL. I’m waiting until i’m in my second decade of bass playing before I try to switch over to keys with bass pedals. Don’t even mention singing! xD

Sweet! Definitely like another Thin Lizzy track! Hope the other ones are good too.

Man, a Rush week followed by a 70s week. We’re starting to get good music leading up to RS2014 Remastered.

How about:
Brass in Pocket -- The Pretenders
I Wanna Be Sedated -- The Ramones

Deep Purple -- Burn
Cheap Trick -- I Want You to Want Me

Awesome!!! Thank you rocksmith! To show my appreciation for the overdue 70’s mix pack I shall purchase the boycotted 00’s mix pack at the same time. m/

Light ’em up up up up