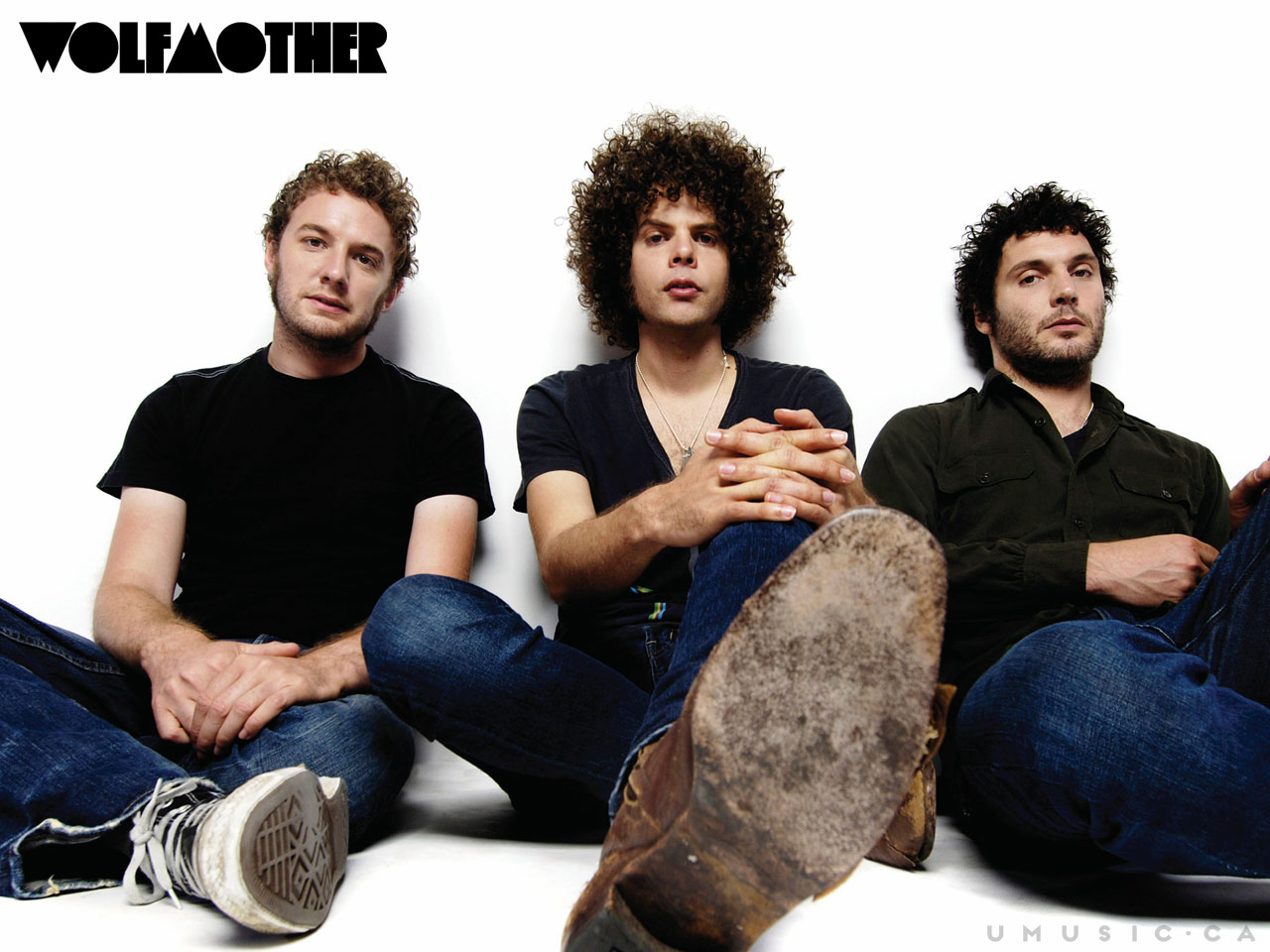 The clue has been posted and solved and it appears we are getting another Hit Singles Song Pack! 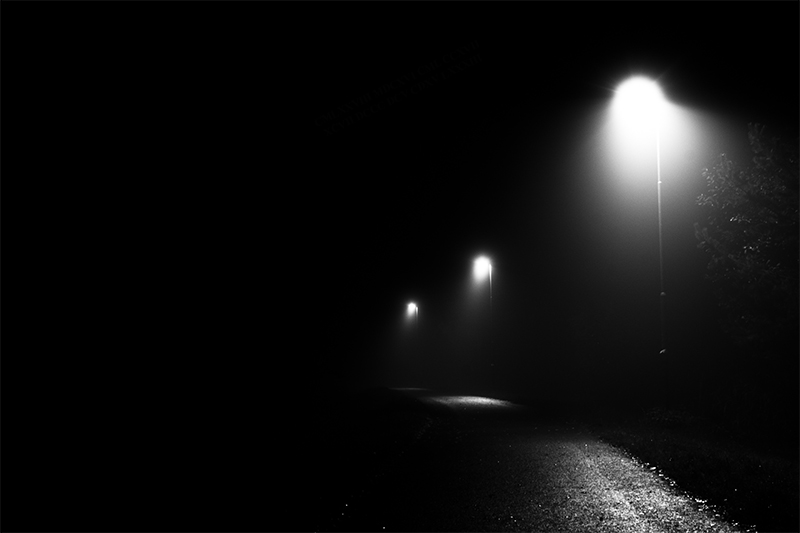 CPMcFisticuffs was quick to notice that the image is called “Strangers in the Night” by matthewfoxxphotos.

RollingStone222 maintains their streak of solving everything 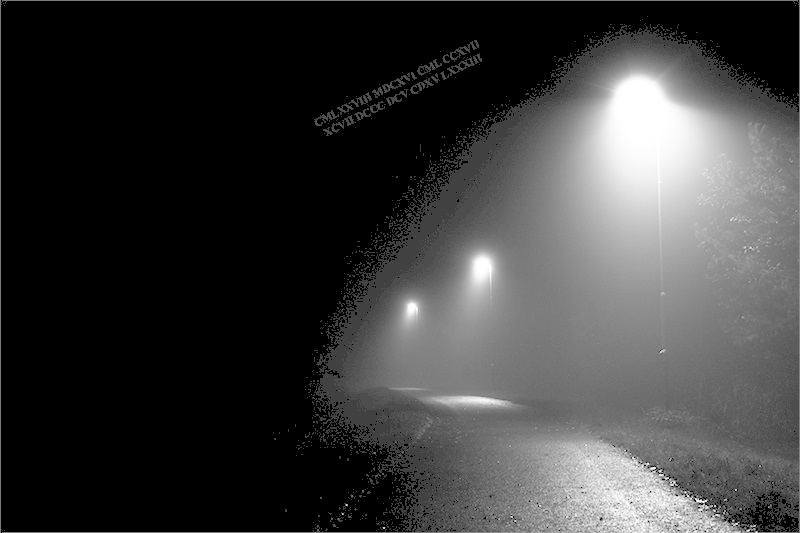 The ISBNs pointed towards…

I think you know where Dan is heading with this but if not..

It’s Joker and the Thief by Australian rock band, Wolfmother!

Since the other three tracks could be literally anything, we aren’t going to raise expectations with pointless speculation, instead we leave it up to our readers to speculate on their own as to what may come next Tuesday.

Are you excited for Wolfmother though? I know someone that isn’t!

Uh, could this mean Chickenfoot? Or maybe Fly by Night since it was one of Rush’s hits. Yeah, probably Rush since I don’t think Chickenfoot had a hit. And who names their band Chickenfoot anyhow?! Well, Sammy Hagar did and he was also in Van Halen. The worst part of the band, but would it be close enough to placate the masses?? We’ll find out soon enough! Stay tuned (in e flat) Rocksmithers.

Buckethead should be im the poultry pack he needs too

Ew, Black Crows would be birds. They could work in my aforementioned poultry pack!

suffragette city would have been great , but

With just the beer light to guide us
So we bitched about his fans and should we crush his sweet hands!!

OK Elliot, better idea than birds…grungee mega pack. Pearl Jam, more Soundgarden, STP and more AIC…about 20 songs…the pack could be about 50 bucks. What do you think? All these bands were already in and I bet they wouldn’t mind a bit more exposure to the younger crowd. Meat Puppets could be in there too. Wouldn’t mind Sam and Backwater and comin Down from the Mountain. Just trying to Help as always.

I love wolfmother but instead of being excited I’m bummed because we’re not getting a pack. I’d rather have woman, sundial, pilgrim or white unicorn instead of joker and thief

i hope the other 3 songs are cool but judging on the last couple of months i am expecting a full bucket of aids where the interesting DLC used to go. Wolfmother is painfully derivative, the kind of crap you hear behind sports highlights

for someone who uses a word like derivative, you would expect something a little more classy then describing future dlc as a bucket of aids…charming

Is it suffragette city?

Guess I must be a fan of bad music cause. The Joker and the thief plus ziggy stardust makes this the most exciting pack for me in quite a while.

Looks like this is going to be another week where I save money. I’m happy for you Bowie & WM fans but I got to pass.

Just throwing this out there -- Saxon -- 747 (Strangers in the Night). Great little guitar lead and would slide in nicely with a singles pack.

I think we should get the Yardbirds. Seriously. I want some yardbirds and some Birds birds. The Byrds would be nice and the yardbirds. And the Eagles. Hmm. I think I just made Ubi some money if they could cough up a giant aviary pack.

With wolfmother already being in the pack and the best band is 95% of the time the hint… The rest of this pack is bound to disappoint .. So don’t get your hopes up fellas…?

in other words expect great bands like smash mouth, 30 seconds to mars and good charlotte

I swear. When you get your Kings Of Leon and Candlebox packs i’m going to spam this comment section with hate.

I talked to the guitarist of good charlotte at comic con and he said they would be interested in being in RS.

This is the anthem

Oh Mike, We all love you in FNM and Mr B, but before you bag WM, lets not forget you did a cover of Easy…

Great start to the pack!

Mike is a douche… I mean he’s just finished saying he’s recording a 60’s Italian record before calling out wolfmother for being stuck in the 70’s… go figure.

even if it is true, it does not change the point of the previous comment

Actually it does change the point. Look at Mike Patton’s career, now look at Wolfmother’s.

Patton is pretty much spot on here, sorry

I wish I liked interesting music.

I’ve got nothing against Mike as an artist or performer. I saw FNM a couple years ago and thought they were fantastic. That being said, he always comes off like a self-righteous prick, and no amount of career success will ever counter that fact… and so I stand by my original comment.

Most of my favourite vocalists are pretentious assholes 😉

Yeah, uh, the cover of Easy is a joke, have you seen the video?

What’s the video have to do with the cover being fantastic?

I mean they covered it as a joke, not that its not a great cover but they did that sort of thing a few times over the years.

How about some pixies? I know it’s a long shot but awesome music.

Wolfmother???… Really and ur pumped for it?… I’m seriously doubting people’s taste in music… Because this group blows cow chunks!!!

For once we kind of agree, but it will be fun to play 🙂

a good one to start , waiting to get dissapointed now 🙂

Oh I like AxeGrinderMcKay’s 1st two picks. And I whine every week because I must. I usually change my mind every week and follow all the other sheep by Wednesday morning because opinions are troublesome and free thinking people are dangerous Trav…so I feel you bro! We are the same honest.

Not excited, not disappointed. I like Wolfmother ok. Ok the other 3 will be hit singles, so I shall effort a guess. Barely Breathing by Duncan Sheik…Burning Down the House by Talking Heads and Better Man by Pearl Jam or Spin the Black Circle. Money by Pink Floyd could be in the cards….wait what….Cindy Lauper? No nevermind. Oh wait Nevermind….dumb by Nirvana and All Apologies….yep. Can you feel some Seattle before it was communist coming on? Nice. I know I guessed too much but No one reminded me to stop and I can barely count to 3 on any on my toe.

Is there a theme with this pack?

I mean the field is too wide. Dr. Dre has some very good basslines played by Mike Elizondo. Andre Crouch and Edwin Hawkins have some good basslines from the 1970s era gospel music. Van Halen is on Rockband now. Still missing some stuff from Heart, Def Leppard, and No Doubt.

What about Stetsasonic -- Talking All That Jazz? (By the way, has Jazz even been represented yet?)

Rainbow would be awesome, maggot brain by funkadelic, deep purple, we will probably get more queen because we always get queen in a singles pack.

The Raconteurs -- Steady, As She Goes

This is too creepy! I was actually thinking to myself just yesterday that the lack of representation from Wolfmother was surprising, especially since ‘Joker and the Thief’ is still used literally everywhere… it’s like the Samuel L. Jackson of songs.

some Black Rebel Motorcycle Club would be a treat.

That would be a good choice 🙂

Radiohead -- There, There
The Mars Volta -- The Widow
Coheed And Cambria -- Welcome Home

And songs that I wish were hits so i could have an excuse to have them in the game:
Swans -- Oxygen
Arcade Fire -- Wake Up
Neutral Milk Hotel -- Holland, 1945

Wolfmother! Yeah, love to see more of this band! Great!

Definitely buying the Wolfmother song, even if I wish it were a full pack of theirs. Cosmic Egg is a great album, I would take any song from it. Who knows what else we will get. These packs always surprise me by how random they are.

Love it, easy buy for me. I’ve requested several Wolfmother tunes. Can’t wait for Tuesday. So many songs not enough time in the day to learn them all. Need to quit my job and become a starving wannabe musician.

I just listened to the Mike Patton rant. Is it just me or does he sound like a lot of the whiners on here who complain about the DLC every week? I’m hearing it Mike Patton and guess what, I’ll be buying it, lol!

Except in my opinion he’s right, Woman for me was an attempt at capturing the “why can’t everyone listen to Led Zeppelin instead?” market. They made their mark though, so good for them.

Do you think that’s what they were thinking when they recorded it or is it just coincidence that their music is greatly influenced by the music they love? And since when is listening to Led Zeppelin a bad thing? We’ll just have to agree to disagree on this one 😉

I find that forcing a classic rock sound like that is a bit cringeworthy. Joker and The Thief is cool but Woman is pretty pandering in my opinion. They aren’t a horrible band though, just not my thing. Deadboy and The Elephantmen once opened for them and I didn’t go, which is slightly regrettable because I could have seen Dax Riggs twice instead of once.

Personally I love the sound of the heavy 70’s classic rock. I like other newish bands who have a similar style like Scorpion Child and Rival Sons too. I will agree with you, Woman is not my favourite song of theirs, but it’s still better than a lot of the new rock that’s coming out these days. Regardless of our differing opinion, I still respect yours. I love this site and I love this game. It’s got me to pick up a guitar again after 30 years and it feels great.

There is many alternatives for this pack: The Who, Deff leppard…

I’d rather get some more Mike Patton. Bungle, anyone?

I’ve requested Mr. Bungle but not exactly optimistic of their inclusion in any music game.

I’d be down for that.

Would love to see more Wolfmother at some stage and more Aussie bands like Powderfinger, the Vines, Grinspoon and Jet. Thanks Rocksmith team!

Looks like this mix pack is off to a good start.

This is exciting! That is one hell of a fun song.

Great first song, starts well! Won’t speculate on the 3 others, as you said it can be just anything, will wait for tuesday’s suprise. 🙂