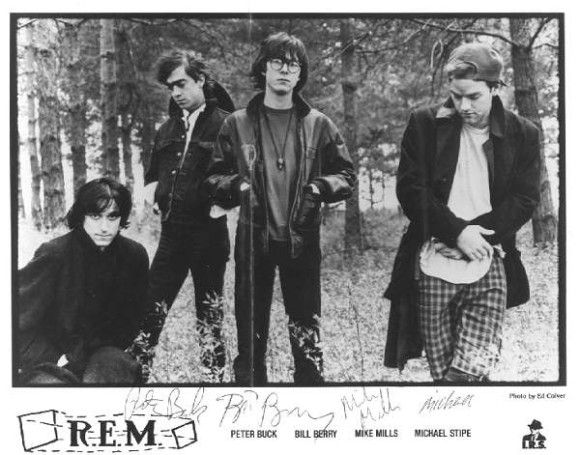 Next week Rocksmith brings some modern classics from a band that we love(d), including a sad song that we can all relate to, sometimes.

That’s right, it appears that next week’s Rocksmith 2014 DLC is from the band that my father dubs “Really Embarrassing Music”! Paul’s tweet hints at the inclusion of hit singles Everybody Hurts and perhaps The One I Love. What other hits could be included in this hypothetical five pack? Let’s see…

Hmm… A sad song that we can all relate to, sometimes, you say, well that’s gotta be every angsty misunderstood teenager’s anthem Everybody Hurts!

Alright, so maybe this song is better suited for vocals, but come on! It’s classic R.E.M.!

Man on the Moon

I’m just going to come out and say it, this is my favourite R.E.M. song. It’s such a lovely song and I’m really pulling for it to make the cut! I mean, what a fantastic acoustic line…

If Man on the Moon is my favourite R.E.M. cut, then this is easily number two. It’s just such a fun song and I can’t help but get happy when I hear it!

Talk about great 90s guitar, eh! Here we have one of those classic fuzzed out guitar riffs that would be perfect in any guitar player’s arsenal.

Of course, there are so many more great R.E.M. songs, like Superman, Driver 8, The One I Love, King of Birds, Orange Crush, Shiny Happy People, and so many more. It’s really hard to narrow it down to just five picks! What songs are you hoping for? Tell us in the comments!

I’d love to get at least two of the following:
Driver 8
Orange Crush
It’s the End of the World As We Know It (and I Feel Fine)
The One I Love
Drive

My personal choices ( though I’d be happy with anything REM ) :
Bad Day
Shiny Happy People
Whats the Frequency Kenneth
One I Love
Everybody Hurts

If anyone’s ever looking to compile a list of the most overrated bands of the last few generations, look now further than the Rocksmith 2014 DLC. 😕

Hundreds and hundreds of them. Of the bands we’ve seen thus far in Rocksmith, off the top, I like Creedence, Blink, the Offspring, the Clash, the Police, Queen, Minus the Bear, and more.

This isn’t gonna happen, but god it would be so incredible:

Better yet just put the whole Chronic Town EP, Murmur, and Reckoning albums on there, Rocksmith.

Wow, REM pack would be awesome. What i want:
Bad Day
Stand
Man On The Moon
UBerlin
Supernatural Superserious
But whatever will these 5 songs be, I’ll buy this pack.

Im pretty sure its not gonna happen, but i would really love to see Crush with eyeliner in this pack

As long as Man on the Moon makes the list, I’ll be happy.

Orange Crush and Stand are easily the two I look forward to most as a bass player.

Hoping for Bang and Blame. Has one of the best bass parts they ever wrote.

I’m pretty sure Shiny, Happy, People will NOT be a part of the pack. It was Michael Stipe’s least favourite song that R.E.M. ever recorded. He said so in many interviews, and they rarely played it live. I find it hard to believe they would release the rights to that song to be used in any game. Especially when they have so many other good songs to choose from.

Good Point, but Radio Head had Creep and they supposedly “Hate” that song now

I would have trouble making a 5 pack guess, but here goes:

Since I still suck at knowing REM’s music I want to revise my picks and put Radio Free Europe on here because idk how I forgot that song and because it is awesome. Take off Shiny and Man on the Moon. Throw on Radio Free and Kenneth.

Everybody Hurts
End of the World (As We Know It)
The One I Love
What’s the Frequency, Kenneth
Shiny, Happy People

Everybody Hurts
The One I Love
Orange Crush
What’s The Frequency, Kenneth
Man on The Moon

Very excited for this pack.

If Everybody Hurts is in it (and that seems pretty certain), that will be great. I agree about Man on the Moon too and hope that’s in the pack.

The only song I don’t want to see is ‘Shiny, Happy People’.