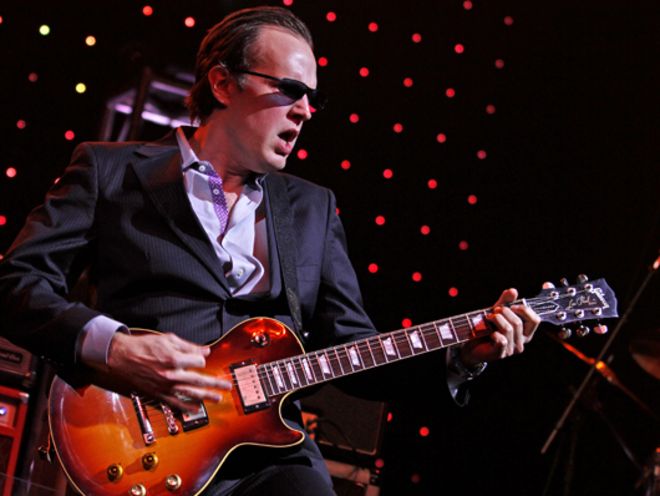 Dan Amrich’s clue has been posted and solved and it looks like we are in store for a Blues Rock Song Pack! 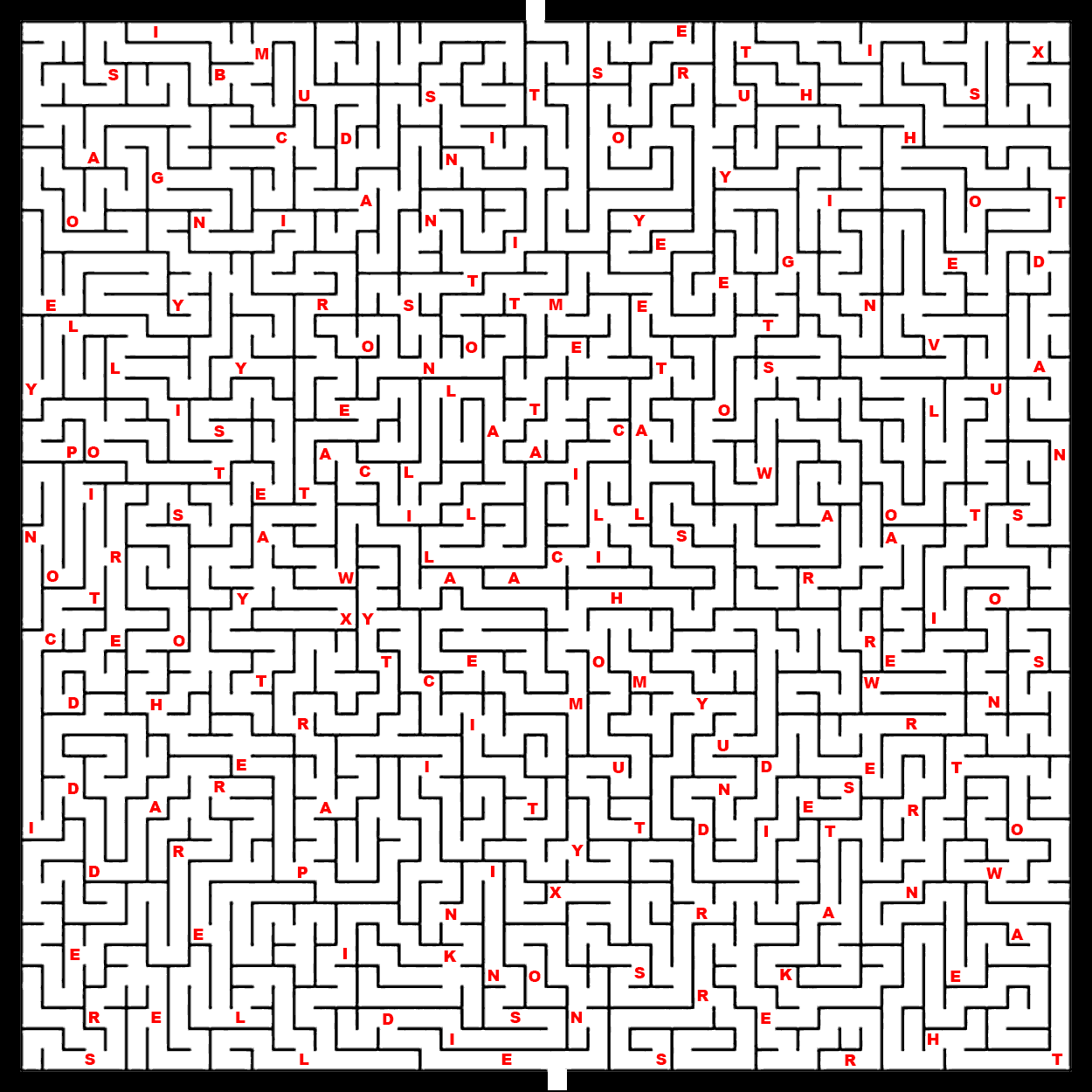 The correct path spells out

Tryin’ to wash away the pain inside

Which means we are getting this!

Could this mean another song from @GaryClarkJr as both Rock Band and Guitar Hero feature a track on their upcoming titles.

Or perhaps someone even newer on the scene

You get the idea.

What Blues Rock artists are you hoping to see in next week’s three pack? Let us know!

I see what you did there…

Gary Moore is one of the most underrated guitarists ever. Saw him live in 84 and he was phenominal. Would love to see his version of Shapes of Things in Rocksmith some day.

The latest posts from RS said “Modern Masters” of the blues, so I doubt there will be any Gary Moore. I am betting the third artist will be either Gary Clarke, Jr. or Jonny Lang.

Have you all paid yer dues?

Could do with some George Thorogood songs!

His version of One burbon, One scotch, One beer!

I’m a bit disappointed it’s only a 3 pack, but I’m looking forward to it.

Give me garry moore and I’ll love you forever rs

For some reason, I can never get into the monthly voting articles and it makes me feel like a piece of shit.

I mean it literally doesn’t let me in.

It’s because I’m a crude rude dude from the mukky muk. Point taken.

What browser are you using?

if gary moore isnt on this pack -- i will actually cry!! still got the blues, the loner, Parisian walkways! come onnnnnnnnnn please!

this wouldl be a tough pack for R.S. to FUBAR
should be some decent DLC to kick-off Rocktober

As a recovered metal head I can honestly say that you can recover, you can have fun at parties, you can learn to play music that people who don’t torture puppies would want to listen to. I am just kidding, but seriously…you should recognize that as your mind narrows so do your options. I missed out on many good times because the music wasn’t heavy enough…I mean seriously…there is good stuff out there that isn’t Slayer. Bonamassa would be cool. I love the Albert King stuff we have on here…though the Johnny Winter is still a bit too hectic for me. Janis Joplin would be cool, I could agree with that. I have been enjoying some “emo/pop”. There are some cool blues songs out there. I would still love to see more megadeth and some danzig or misfits ( danzig years )…I am really not interested in forcing everyone else to suffer my tastes.

Lol we can only wish my friend. One day the great Alexi will reveal himself in Rocksmith!

Dont think I’ll be investing my time in any of these unfortunately. Blues is definitely not Metal lol. Still awaiting the Br00tal stuff 😀

Metal is so heavily rooted in blues it’s not funny.

All those would be good. A lot of people associate ZZ Top with their popular hits but seem to forget they are fantastic masters of the Blues. I would love to see some ZZ Top Blue Jean Blues, Just Got Back From Babies, Backdoor Love Affair, Just Got Back From Chicago and La Grange. Some Leslie West would be great. Jeff Back could round it out as well.

I wish !! Any old ZZ Top would be great from their first two or three albums. ” Beer Drinkers and Hell raisers” ” Mexican Blackbird ” “Just got paid ” ,etc.

Gary Moore would be awesome.

Would love to see Crazy Dream by LLB as part of the pack.

This is the album version however; both their acoustic version and the live version from their “Texican Style” DVD are great as well.

Very interested for Tuesday to come. This definitely has potential.

Is that for reelz, or are you just wishin.

I’m in for Joe, and prob the rest.

How about some Ball and Chain by Big Brother & Holding Company i.e. Janis Joplin

Thanks for that. I’m not too well versed in their stuff. I put in a suggestion, in the app.

Just saw Gary Clark Jr. in concert last week. Would love some more of his work. Would also love some Robert Cray.

OMG yes, would love to see more Gary Clark Jr on here and SRV is essential. In fact we could use a 10 pack Texas Blues pack featuring GCJ, SRV, and T-Bone Walker, Los Lonely Boys, and Lightning Hopkins. (Throw in a little ZZ Top to rock things up a bit.)

Ok first off, this is excellent news. Like Neil, whether it’s classic or modern, give me a blues 100 pack and I’m dropping the paycheck on it.

Got a question though. I’m sensing a theme with some of the music over the past year. If it has already come out on Rock Band or Guitar Hero is it safe to assume (<--sorry to have to use that word) that those songs will eventually make it to Rocksmith? Just curious.

With that in mind, maybe there is hope for VH and AC/DC.

Great, but only a 3 pack. :’o(
Garry Moore would be fantastic, hoping for some Jonny Lang too.

Hell yeah, Matchbox is an instant win! Both lead and bass are such fun to play.

Never heard this song before, but can easily say I’m in for this. It’s not even done playing and I’m sold!! So much soul in his playing, hope we get the full 8 minutes.

So you’re saying it won’t be children of bodom? lol

10,000 days is a pretty bluesy album but I wouldn’t get your hopes up.

What is a 12-note pentatonic scale? Given that pentatonic means “5-note”, that would make it a 12-note 5-note scale. Confused.

Perhaps he has conflated 12-bar blues and pentatonic scale.

careful lex, someone might think you were talking about TOOL (who am I kidding)

Never really fancied myself a bluesman, but I’m feeling pretty good about this pack. And I requested Violent Shiver a while ago, so it’ll be cool if that’s in there. It’s in Rock Band 4, so there’s definitely a chance.

Agreed Gary Moore would be fantastic!!

Could this finally be the time to get some Gary Moore?

Give me a blues 100 pack and I will die a broke but happy man!

Joe Bonamassa would be really cool too

Whooo I hope it means more Gary Clark! Would be cool if they had a song from his Sonny Boy Slim.

Funny, driving to work this morning, on satellite comes Gary Clark Jr’s Catfish Blues and I thought how awesome it would be to have this song in Rocksmith.