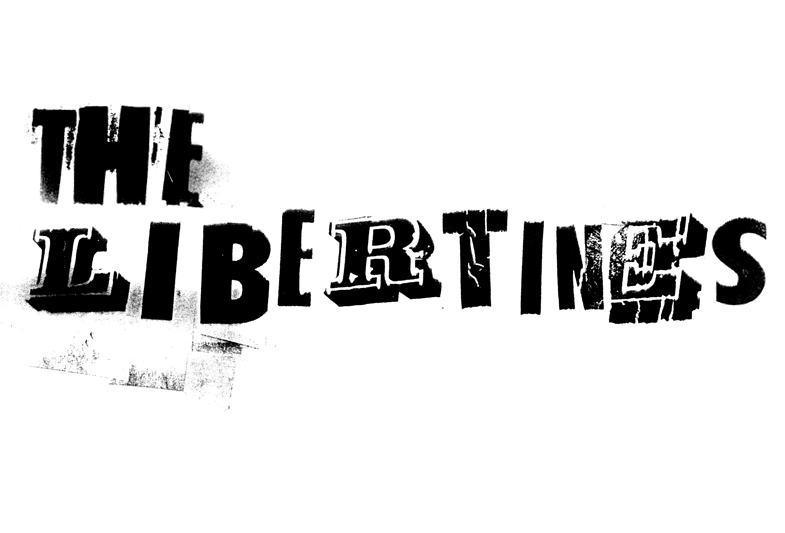 If you fine United Statesians feel like checking your phone or computer during your BBQ we have some news about next week’s Rocksmith 2014 DLC!

Since today is a holiday for @UbisoftStudioSF, the clue for Tuesday’s DLC was posted a day early. It’s a good thing because this one was a bit tricky. 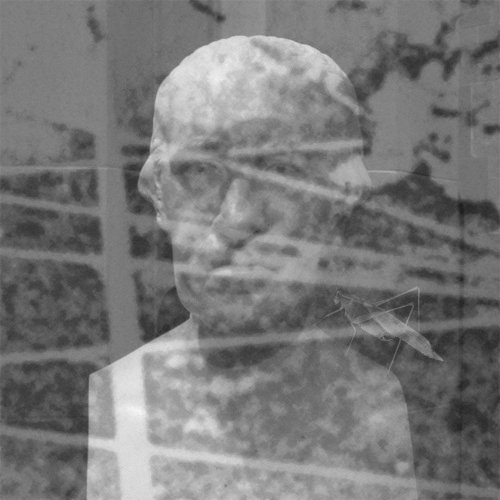 Yes, it was a visual/homophone pun. Source images for Watt and Katydid. I had a fun helper clue in case nobody spotted it as a katydid, but I didn’t have to use it. But what of the “stripey” layer of the image? What does it mean? It is not random and it has relevance; it will help confirm the band. You have the answer, but you haven’t solved the whole puzzle. “What Katie Did” is one of three Libertines songs in next week’s DLC, all of which are tuned to E Standard.

Who are The Libertines? Well for one thing I noticed Paul Cross (@CrossieRS) had retweeted this on June 28th (Hey that’s my birthday!).

The Libertines are an English garage rock revival band that formed in London, England in 1999 and disbanded in 2004. They reformed in 2010 to play the Reading and Leeds festivals. The band released two full-length LPs, both produced by Mick Jones of The Clash. Centered around the song-writing partnership and chemistry between Peter Doherty (vocals/rhythm guitar) and Carl Barât (vocals/lead guitar), while backed by John Hassall (bass) and Gary Powell (drums), the band was one of the cornerstones of the English independent scene in the early 2000’s.

So we already know one song…

Judging by popularity the other two songs should be this

Quite a contrast compared to last week! Are you into post-britpop? Let us know.

Daniel Weddell And good for them, This shouldn't just be a case of give the Majority of people what they want all of the time. Otherwise it would just end up a long list of radio friendly US rock and nothing else, and it would end up a worse game because of it. To be fair, I do want to see them expand more into the UK side more. Some Biffy Clyro would be excellent, and something for Guitarists to really get their teeth into.

Afonso Coelho -- I'm thinking outside of the UK they're not extremely well known. Not to the extent that a Blur or Oasis are at any rate.

Right like drug use or bad behavior is a method used to determine if they are to be included in Rocksmith. There would be no one left to add if we looked at of stage antics. Or even on for that matter. The fact is that they are immensely popular and quite brilliant musicians. That's all that counts.

that weedy spineless excuse of a man should have been found overdosed instead of the real talent he helped to destroy……..embarrassment to the Uk and music in general. doesn't deserved to be recognised in the street let alone immortalised in the rocksmith playlist.

Afonso Coelho I meant obscure by comparison. Of course there are literally thousands of bands out there with enough fame not to be considered obscure.
It's just that bands like Billy Talent and Libertines aren't nearly as well-known as some other big-name bands currently on Rocksmith that have yet to receive a DLC pack, like the aforementioned Nirvana, Rolling Stones, and Def Leppard.

John Doeson I didn't say there was anything wrong with that, I was only speculating.
Besides, I've been waiting for a Rolling Stones pack for a really long time, especially since they already have 4 of their songs on the 2 games: more than any other band not counting DLC packs.

They're just trying to expand our tastes, what's wrong with that?

I have a feeling that Ubisoft is licensing all of these obscure, easy-to-get-ahold-of bands to hold off some time until the next big-name, much-requested DLC pack featuring a hard-to-license band; i.e. Nirvana, Def Leppard, The Rolling Stones, The Beach Boys, etc.

I was hoping for an amercian band in honor of july 4th, Iced Earth would have been perfect. Having a british band as dlc this week seems like an insult.

the timing is based upon the sold out show they just played. This DLC is coming out on July 8th, so does it really matter? I think the Canada Day DLC just sort of worked out since Billy Talent was ready and July 1st fell on a Tuesday.

Yep all done specifically to piss you off….

Not my cup of tea I’m afraid…

exactly. i hope this is filler before we get to some real music again. What ever happened to Rage?

I’m still expecting a 5-pack up to iron maiden,
any day? 😥

There already is one.

I know, I say other 5 pack of other band

I think he means a 5 Pack at the level of Iron Maiden for his tastes :+1:

There is zero chance that I will buy the DLC, but that`s fine, tastes differ. What I am actually worried about is whenever they get to roll around to bands like the Arctic Monkeys, they will release songs like Snap out of it instead of say The View from the Afternoon.

I listened to a handful of Libertines track, but I found them way too simple, their tune something like coming out of a children`s animated story and their lyrics somewhat on a same level. Some of Arctics Monkeys is similar to that, but their older stuff (mostly the first 2 albums) contains faster rockier tracks. Not saying all their new stuff is complete crap, R U Mine? is an excellent song, but most of the others are either melancholic borefests.

Right because R U Mine is lyracally and melodically so complex and outstanding nothing The Libertines have ever done can compare.

Give me a break, its quite possibly the worst choice of song imaginable for those northern monkeys.

Not in the mood to have another conversation like this. -.-

Face it R U Mine is terrible and you must need a hearing aid if you think otherwise.

It’s pretty clear now that the group at Ubi are pulling the music they prefer. Paul being a big fan of these guys, which only people from the UK know.

Well they just reunited so that’s the timing related reason

Maybe next DLC for ya?

That’s like caring about a local band here that nobody has ever heard of.

Agree with ya Done. Nothing has really blown my skirt up since BandFuse went under back in March. Since that day ‘A Day to Remember’ came out, and it’s been the same genre ever since. 90s “Skate ‘Punk'” and “soft metal” low hanging fruit.

But the thing is that they know what people are requesting. They published the top 40 requests, so they acknowledge the demand for top tier big bands.

I have said it before though that, with the first Rocksmith DLC and with the early big name content, I have more than enough to keep me happy. It’s not like they can break the game for me by continually releasing obscure 90s bands every week. I can still play what I’ve already paid for.

The question becomes, is it my fault for hoping that some of my requests will be fulfilled, that some more of the top 40 bands will be added to the collection? Probably.

I’m not forced to buy DLC. I’m voting with my wallet each week. Others are obviously voting with theirs and making the DLC released worth while for Ubi to keep putting it out there.

Good luck to all those who can honestly say they enjoy what is coming out currently. I just can’t say the same. I still play every day. I still enjoy the game.

Can’t please everyone all of the time. Some like the -->WEEKLY<-- DLC, some do not. Like Bonza, if you don't like it, don't buy it. I like a lot (if not all) of the songs that have been released this year and own almost all of it on CD or vinyl but do I necessarily want to play it on Rocksmith? I pick up what I want but I don't complain about what I don't.

these guys sound like an English version of the strokes so not that excited.

The strokes also sound like an English version of the strokes 😎

Not for me thank you.

I’ll buy this if “Don’t look back into the sun” is included, love that song.

Amen to that, although I’d probably get “Can’t stand me now” as well.

I’d vote for Hendrix’s Star Spangled Banner for 4th of July. Oh well… At least we got Dick Dale…

Wait, Elliott, did you call us ‘United Statesians’???

After this party I am attending, I will give this band a thorough listening to. I will make my decision post haste.

Hellz yeah hoping for can’t stand me now and don’t look back into the sun, their stuffs harder than it sounds to play 😀

I only bought this game to improve my air guitar stage craft.

The question is, will the Libertines teach me new cords that I can air jam to?

If they put in “can’t stand me now” I would have to pick it up, because this is what people usually scream at me while I’m on stage.

I never payed them any attention, and based on that song ‘what katy did’, if I bought this pack I would learn how to sound like I just bought my first guitar two weeks ago. So it’s not for me.

Hoping for What a Waster

Another band I’ve never heard of, so had to listen to before forming an opinion. I don’t hate it to listen to, but I have no desire to learn or play it. Personal opinion of splunge-minus, but way more appealing than Billy Talent.

What hapenned to packs for on disk artists?

People complained about a lack of variety remember? 😆

we are way overdue for Kinks, Ramones, etc

Get off my lawn.

I’m into this. A “BUY” for me. Though I always thought “Don’t look back into the sun” was their best tune.

And to give you an idea of how popular they are in the UK, they’re headlining Hyde Park in London tomorrow night -- the same venue that The Rolling Stones played last summer and Black Sabbath are playing tonight.

Not too bad actually. It’s definitely better than Billy Talent and Godsmack from the last few weeks.

Sounds good to me.

Uh oh, here comes the complaining about some band people never heard of.

Who hasn’t heard of The Libertines, they are legend.

Legend on and off stage 😆

“Legend” is quite an overstatement.

Who’s face do I have to fart on to get some Nirvana?

Already in the game.

Dan may have meant Bellend? 🙄

Right if you say so. Like to see you do better.

I mean breaking in to a fellow band members house to steal their stuff. Bastard yes but still legend.