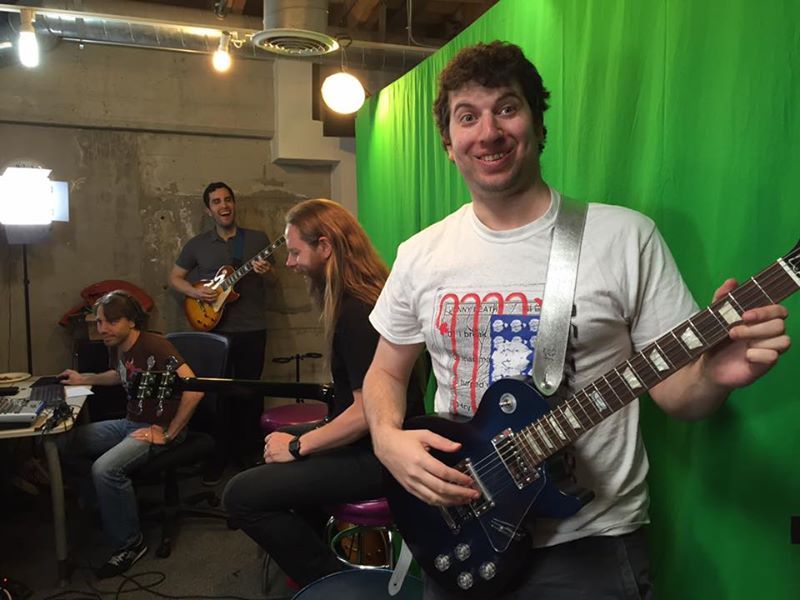 In case you missed it I (@toymachinesh not @ElisonCrz) appeared on the Rocksmith Live Stream last week!

I decided to play @radiohead’s High and Dry as that was the song I was featured playing in that short promotional video that I had recorded at the studio back in 2011. @BrianAdamMcCune joins me on the bass this time around.

Here are links to both @Twitch and YouTube of my brief appearance on the @Chevelleinc stream.

Thanks for your continued support of the website everyone!

The stream features devs and notetrackers from Studio SF live on camera, playing tracks from the current week’s DLC as well as some older material from time to time. It also features Q&A sessions and of course prize giveaways from Ernie Ball and Steam Codes for the DLC each week (five winners a stream). 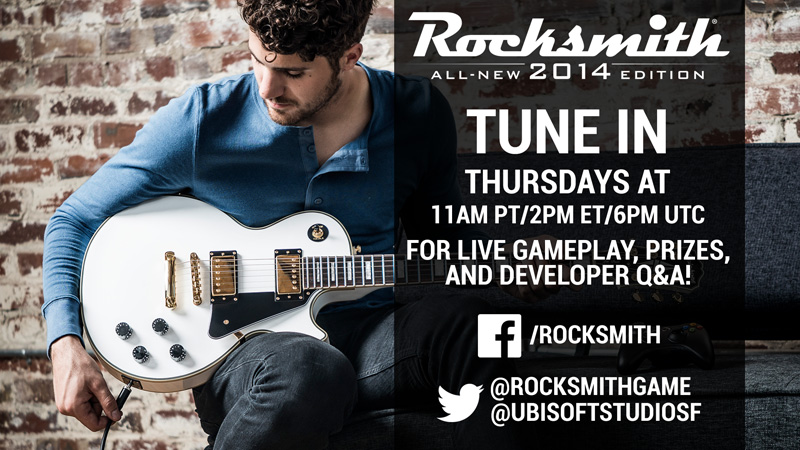 WTG Elliot! That took some balls! You did great! Keep up the great work with TRR, too!

I have to say you were spot on with your analysis and came off as a humble guy who I know has improved a TON. Never saw this video but it is the best ad I have seen for the game. ( maybe the only one with a person in it though ) Great job. I think you need to be on the RS 2017 ads talking about playing multiplayer online with your buddies…

Haha one can dream (about online multiplayer) thanks for the kind words and your continued support ??

I think there are plans to move the request app to a HTML5 form as opposed to an app that lives on facbook.

As for Verizon… Where do you live (region)

It was cool to see on there

Good question, hopefully someone comes by to answer it

I think they are all designed with the bridge pickup in mind. And if I had to guess, I think it’s because the bridge pickup often provides the brightest/clearest natural tone, and the game was the strongest clean signal it can get, and I think the brighter tones probably help that. The warmer neck pickup tones would likely be less clear by being less shrill. I can double check, though. But don’t feel like you need to use your neck pickup for rhythm work.

I hope you asked them if next version of RS will have mettallica or at least more maiden. Did you get to keep the guitar as a guest appearance fee?

WTF!
Why is it autoplaying music? and where?

the twitch stream automatically plays an ad, I can remove it if you’d like