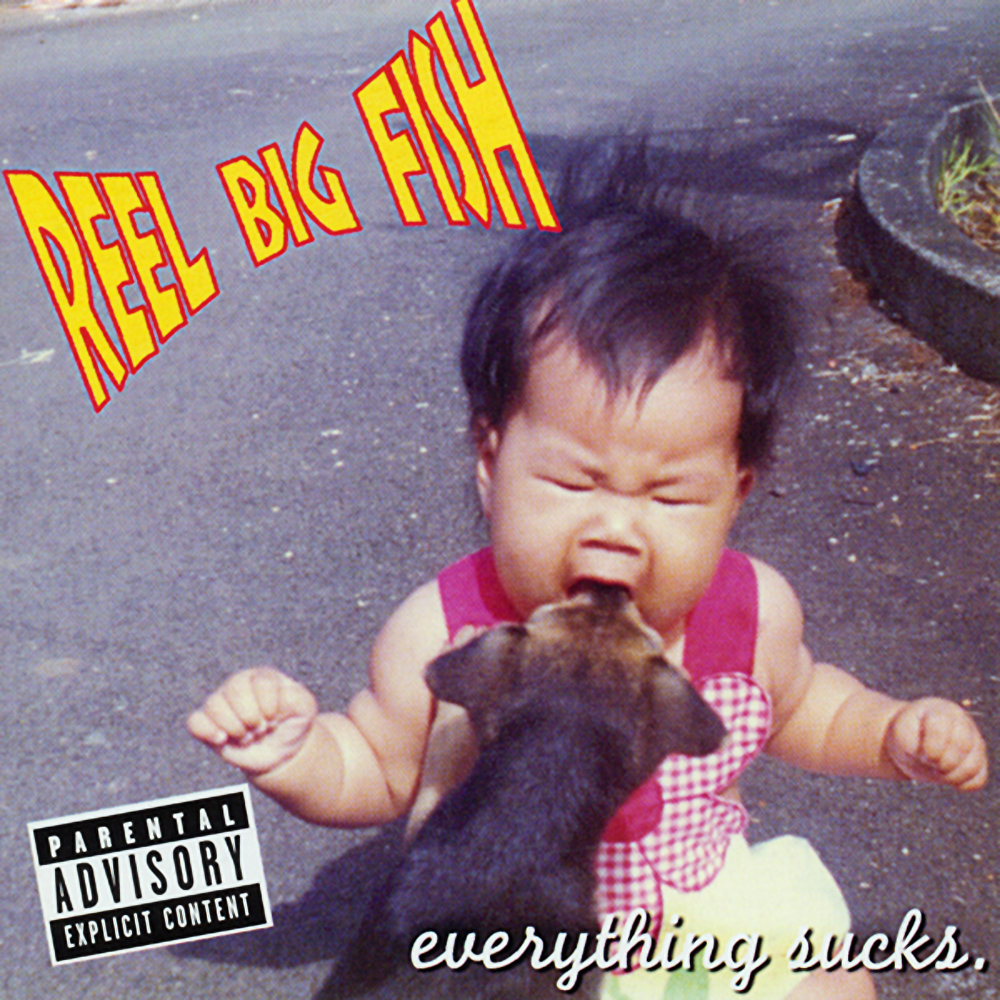 This week we have a three pack of some prime nostalgia in the form of Ska-Punk, Industrial Metal, and Post-Grunge!

Bringing some much needed California upbeat Ska flavour to Rocksmith 2014 is @ReelBigFish with their single off 1996’s Everything Sucks (TIL: this came out before the other band’s album) Beer! Industrial Metal from Cleveland comes in the form of music game favourite, @OfficialFilter with their hit song Hey Man, Nice Shot, and finally we get the song from Portland, OR’s @EverclearBand that we should have probably received first, it’s Santa Monica.

Bassists will definitely have fun on 2/3 tracks this week 🙂

Are you looking forward to the nostalgic or perhaps for some, new songs this week? Or has this month been a complete letdown for you. Let us know!

Anyone looked at the clue for this week ,, the city of angels has maddens and shadows,,complete guess maddens bridge famous bridge in Ireland where would the shadows be . Under the bridge

“Hey Man, Nice Shot” is easy, but fun to play. It also made me read the sad story of R. Budd Dwyer, which I didn’t know before.
R.I.P, Budd!

Elison has decided to take a break from making videos, I have no idea when he plans on coming back

These are good songs but not great from the 90s. A dream pack from nineties would be under the bridge, lithium and unsung just to name 3

How so…?
I like the trio myself… fairly certain Chris read my comment way down v there for that last pick… 😎

i agree they deserve full packs. Whatever happened to that nirvana dlc i thought that was a sure thing but here we are now with the lights out and no entertainment

Having deja vu. Like the early part of last year, a lot of the DLC happens to be songs that I like listening to, but am not interested in playing.

Everclear and Filter sound good. Like both songs, but the wallet stays closed. Glad to see a 90s pack though.

The answer lies in those pages 🙂

Is there any problem with Steam again ? I bought the pack but it does not appear in my RS library. The pack is written in black in my Steam library.

Very happy with Santa Monica and Beer. Ill take more from either band. One of my favorites from RBF is “where have you been”. Its more punk rock than ska but the guitar in that one is great. Im passing on “Hey man, nice shot” great song, but too sparse on guitar parts, and what is there isnt very compelling to play. The one hit song left by Filter that we are missing is the one I think would be the best fit for rocksmith and that is “take a picture”. It’s more of a rhythm tune but plays great on acoustic and electric.

Bought it, played it, loved it. Thank you rocksmith, this ones a great pack!

Only song i’ll probably get is Hey Man, Nice Shot for the bassline. That and I could use some more songs in Drop D tuning.

Beer was featured in BASEketball. Reel Big Fish was the team band for the Beers. Love that movie!

Wow I barely remember that, time for a re-watch

Not gonna lie, the only song I know by Reel Big Fish is Sell Out, and that’s only because of me playing Disney Skate as a child. Still gonna buy the whole pack, because Reel Big Fish is just an awesome band in general and the other two tracks are quite nice too.

The guitar work in the “beer” song is pretty decent though…

Very good album. Helmet is a highly underrated band. I’d love to see them as DLC.