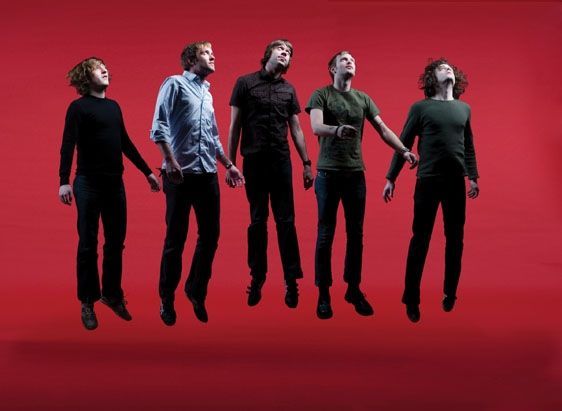 Well Minus The Bear isn’t exactly a small time band, folks. With close to 250 thousand Likes on Facebook and close to 40,000 followers on twitter, this is definitely a band that people know about.

Minus The Bear have opened for Soundgarden, and since 2001 have outputted five albums full of guitar-tapping and electronics coupled with sophisticated time signature compositions. This band is no joke, and the song revealed, Cold Company, may end up as one of the most difficult on Rocksmith 2014.

This band is the shit. Pumped to play some MTB guitar parts.

If you’re into Minus The Bear, then make sure to check out INVSN!

It’s about time a really awesome band got involved in this game. Come on October 22nd!!!

Great band. Happy to see them in the game… I’ll def be slowing these parts down in RR to slowwwwely learn them. I wouldn’t have the patience on the current RS to do that. Yay overhauled RR.

There are a lot of segments in the existing songs that I can’t wait to tackle in 2014.

I’m hyped to the point of bursting.