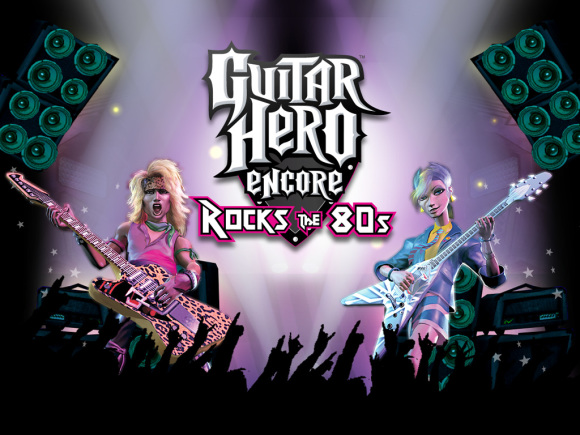 The Rocksmith 2014 DLC you’ve all been waiting for (or at least I have) has finally arrived! It’s time to rock to some of the best hair metal (and real metal, which surprised me) this game has ever seen! Put on your tightest tight pants, layer on the AquaNet, bust out the ol’ Jackson, and take a trip down to The Strip in a car fuelled exclusively on tasty riffs! The Arena Rock songs are here!

Let’s take a look at the songs in this week’s batch of sweet, sweet singles:

First off, we have Autograph‘s rhythm game debut with Turn Up the Radio. Whether you’re taking a trip through time in your hot tub or driving down the streets of Vice City, you’re bound to recognize this rocker. Next, we have Billy Squier telling us all about the music industry in his classic The Stroke! The surprise of this pack is definitely Dio’s metal masterpiece Holy Diver. It’s definitely not the first song I think of when I think arena rock. The next song on our journey of totally awesome rock is something you’re bound to have Nothin’ but a Good Time with. That’s right, it’s the legendary hair metal group Poison! Finally, we end off with Seventeen by Winger, something I never thought I’d see in another rhythm game.

I am absolutely floored that Seventeen has been brought to Rocksmith! Winger’s Seventeen (in my opinion) is one of the most enjoyable songs to play on plastic guitar that Guitar Hero ever gave us. What a monster riff combined with two incredibly satisfying solos. Thanks Ubisoft!

One thing to note is that, because this is mostly hair metal, 3/5 songs are in Eb Standard. If you hate downtuning, then it might be best to avoid this pack. If, however, you enjoy the sounds of pure rockage, then go buy this now! 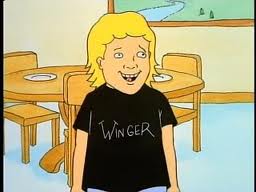 Love that the Riff Repeater is into these bands 🙂

@Elliott…thanks for the quick responses I’ll give it a try this afternoon appreciate the help, thanks again…

@Elliot…No the link you guys post just takes me to FB sign in page…do I have to be on a PC? I post here thru my phone..

Yes, try on your desktop computer or switch to “desktop mode” on your mobile browser (confusing eh?)

Ok stupid question….I keep reading I don’t need a Facebook account for the request app but when I hit the link FB requires me to sign in so wtf???? I’ve tried going thru ubisoft forums with no luck and loathe the thought of signing up for FB just to check this out…what am I doing wrong?? Is this app accessible on a different site or am I just screwed cause I haven’t used FB since ’08 and have no intention of ever using that site…any help appreciated, thanks…

You don’t see the UPlay Login?

Hey, forgive me as I am going to ask a very noobish question, but I’ve never found an answer anywhere and watching Elison’s video for “The Stroke” reminded me of it:
How does one hit non consecutive chords with a pick, without hitting the chords in between ? Like right there: http://youtu.be/x5LIkKMtxjI?t=29s

In that context, you means strings, not chords. Just rest your index finger on B or touch B with the top of your ring finger while putting pressure on G and e. Strum all 3 strings.

You know a pack is good when Elison is air drumming in all three videos I’ve watched so far.

fun pack to play, now to work on my 2 hand tapping

Bob (the real one)

Was excited when saw that “Turn up” was going to be in this pack. But blown away about the others! Dio?!? Winger!?! Squier!?! Unfortunately at work now and the damn clock seems to be going backwards!!! HURRY UP DAMN YOU!!! I got dolla bills to throw at Ubisoft!! Great pack guys, keep the 80’s rock coming!

Now this pack takes me back! Great songs for guitarist not much of a challenge for Bassist but for beginning bassists this is stuff that many of us cut our teeth on in the 80’s and it’s great for beginners. Thank you UBI!

finally some great 80’s songs we need more songs like these. I only wish it was a pack instead of needing to buy them all seperate

I’ll probably get the whole set.

it’s actually “httpv” but I forgot a slash.

If anyone wants to embed videos in the comments just use httpvh://

Beautiful….I mentioned squire and Dio in last thread so please excuse me while I stand in the corner and ‘stroke’ my holy diver….

LMAO! Nothin but a good time!

Turn up the radio so the neighbors don’t hear!

Restart just to get the DLC to show up, then crash it a few more times.. this fucking xbox needs to be thrown into the midnight sea.

I just want to play Holy Diver.. how hard could that be?

Beyond even my own expectations. Hopefully this is a sign of more to come from some of these bands.

They’re off to a fantastic start to their promised amazing fall/winter DLC lineup-- I hope it keeps the momentum.

The cover of the Eminem’s song is actually pretty good, probably will buy this one.

(You can feed now)

I’ll get Holy Diver to play on guitar, but I’m not much of a fan of any of the others. Maybe the Winger track too. But the others, no thanks, not for me. After so many weeks of nothing fun/challenging on bass (IMO), I am a bit disappointed, these are all dead easy.

I am not huge on 80s stuff, but The Stroke is a definite buy for me.

the defenestrator
Reply to  Victorvonbass

Same here for the most part. Lack of Def Leppard still gets my goat. Hey, I’ve seen your score attack rankings on bass -- nice work.

IZ
Reply to  the defenestrator

They know we want Leppard. Maybe they’re releasing a 5-pack in the near future.

I will surely be getting Dio… Oh yes…

Fuckin’ Muff Diver… Not interested personally but a lot of people seem happy, which is good.

Looks like much more to offer while playing guitar than bass. Can’t complain since I have been strictly bass for months now. Time to to give the strat and les Paul double cut some much needed action.

So ready for a Slipknot pack. And Trivium. And Slayer. And Stone Sour.

Slipknot dropped a new album today and it makes Iowa sound like Kiss.

Think I’m losing my mind or going blind, but it’s not up on Xbox live.

Not till 5 AM EST

yeah still not up there

All the songs are up now

when can we expect it on steam ?

in the next hour

If they picked Lonely Is The Night
I would of bought it
but Holy Diver and Nothin But a Good Time
Is so cool
I asked Dan about holy diver
and he said -- There’s always a chance for anything, but if a lot of people would like Holy Diver, then a lot of people need to use the request app linked above to suggest Holy Diver. 🙂 (BTW, Dio or Killswitch Engage?)
——————————————
And I’m so happy

Curious — in a case like this, would you want the Killswitch Engage version too? Like, if we have a song in the game and there’s a notable cover of the same song, would that be more of a good thing, or would people feel like “been there, played that”?

I wondered about this with Shinedown and their cover of “Simple Man.”

Great tunes btw, very happy with the selections. I wouldn’t call any of these songs my favorites but I like all of them. Definite download for me.

In my opinion, I would prefer just having the original, unless the cover deviates significantly from the original, like Guns n’ Roses’ cover of Knocking On Heaven’s Door.

Or like GnR’s cover of “Live and Let Die”

1. If I was a huge Shinedown fan, I would have bought the Skynyrd version and been extremely disappointed if the same song came in the Shinedown pack instead of a different song.
2. Original version isn’t always the best and/or best suited for Rocksmith; “I Will Survive,” “House of the Rising Sun,” “Higher Ground”…
3. I know a lot of people wanted a Metallica pack, I figured you would do stuff they covered. Like a Bob Seger pack, a good cover of “Whiskey in the Jar” by whoever, and regardless of Metallica you should do a MISFITS pack!

The Thin Lizzy version of Whiskey in the Jar rules! I want a Thin Lizzy pack.

Thin Lizzy would be amazing. Here are my picks for a 5-pack:

As another example, even though David Bowie’s Version of “The Man Who Sold the World” is already available as DLC, I would also like to see the Nirvana version. Would this be possible, or would it seem redundant as DLC?

Oh will you look at this, we’re getting the KSE version of Holy Diver tomorrow.

This is one of those “shut up and take my money” moments.

Holy fucking Jesus on a stick this week is AMAZING. not only is it fulfilling gh fantasies with Holy Diver, Nothin But a Good Time, and Seventeen, but it has the first custom chart ever created as well! Great choices on top of the new addition to rhythm gaming.

Best pack in a long time! Holy Diver is just amazing and I haven’t seen Seventeen in a video game since Guitar Hero: Rocks the 80’s. Welcome additions.

I saw sparks fly from the corner of my eye
when I turned it was love at first sight
I said,”Please excuse me, I didn’t catch your name whoaaa
would be a shame not to ( play with ) you again

my weewee’s touchin the sky!!! ( could be better but for rocksmith this is awesome !)

rainbow in the dark , cauth in the middle , don’t talk to stranger on first dio album could have been great too + the only poison song ( if they had put erhit i would had gone mad as ****)

never really listen to billy squier but ill give a try.

maybe seventeen was to hard to nails it took them the summer probably.

In The Dark
Lonely Is The Night
Everybody Wants You

In case the Poison video has been blocked in your country, here is the official version:

Why would it be blocked? Is there nudity or something?

The link to the song in the article is blocked in my country (the United States, oddly enough), so I thought I might link to the official video, since that won’t be taken down for copyright any time soon.

I changed it but funny thing, it’s blocked for me 😆

looks like double tapping city in this pack… oh well, that’s something i need to improve.

Ho god I wish it was here too. But hoppefully it’s not because a 5 pack will come soon. 😆

Question now is, when will they go back and issue 3-5 packs for these bands?

I think Dio and Squier packs would be great. I’m on the fence about Poison, but I don’t think Autograph and/or Winger packs will happen nor need to, imo.

Maybe in about a year though it’s obvious they’ll release Every Rose Has its Thorn on the 10th February next year.

I just wish he had his own pack! I’d love Lonely is the Night and The Big Beat.

But holy shit this looks great, pack or no pack.

Holy Diver, The Stroke, AND Seventeen? Greatest pack ever.

2nd I will get this whole pack