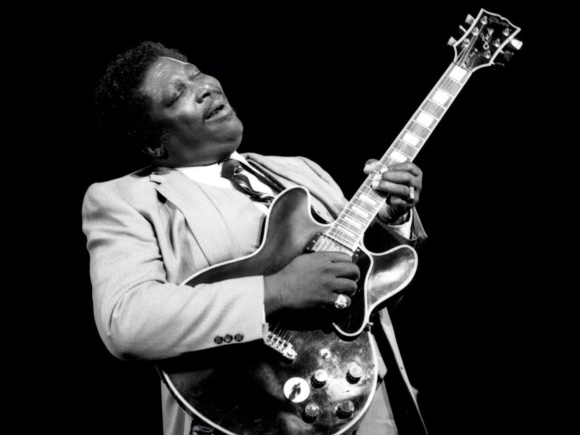 Although it’s been well over a year since we’ve last done one, but regardless, welcome to another Rocksmith Legacy DLC Review!

Today, we’ll be looking at an old pack from the days of the original Rocksmith, the Blues Hits pack. Originally released on March 20th, 2012, this pack features hits from the likes of B.B. King, Albert King, and the Blues Brothers.

What better way to start a blues pack than with the King of Blues himself! While the song isn’t too difficult, it’ll work your fingers quite a bit with all the bending. It works mostly as a lesson in blues composition and soloing with the pentatonic minor scale. Novices are definitely going to enjoy the practice with bending and vibrato in this song. It’s still a really fun song to learn no matter what your skill level is, especially if you need to work on bends.

The Bass arrangement, on the other hand, is incredibly easy. It’s pretty much the same loop of notes around the 1st and 2nd frets while occasionally going up to the 4th through 6th frets. There really isn’t much else to say about it, it’s definitely the weakest bass track in this DLC.

While everyone is still waiting for a proper Stevie Ray Vaughan DLC pack (I’ve been dying to play Crossfire, Ubisoft SF!), we can get a good taste of his guitar playing with his one-time studio collaboration with another King of blues. The primary lead arrangement charts Vaughan’s guitar, as he plays more of a supporting role to King. When he doesn’t feel like holding back, he’ll let loose with some masterfully executed solos in counterpoint with King. Although it’s mostly a rhythm track, the individual solos are quite complex on their own and will take some time to master.

The alternate lead arrangement charts Albert King’s guitar. What’s interesting is that Albert King, a left-handed guitarist, learned to play a right-handed guitar upside down with the string order inverted. This results in some interesting solos and cords, as they were originally played with inverted strings. Interesting facts aside, this is quite a difficult chart, and another one featuring a lot of bending, much like The Thrill is gone. The solo duels with Stevie also add a significant amount of depth to both arrangements. Overall, a very fun and challenging chart.

The bass arrangement is a bit more challenging this time around, following Stevie’s rhythm more closely. Although it follows a rather typical bluesy groove, it occasionally diverges from the rhythm and it’s still fun to play along to.

Say, does anybody still remember the 1980 classic comedy film The Blues Brothers? Before they were movie stars, Dan Aykroyd and John Belushi were an SNL musical act who made an album full of covers of classic blues songs called “Briefcase Full of Blues” (an album that went double platinum, might I add). This song is a cover of the Sam and Dave hit from 1967.

I would like to start by saying that the rhythm arrangement is incredibly weak. It’s a dull, slow, and repetitive track consisting of the same few three-note chords on the 3 highest strings with little variation until the song is almost 4/5 over.

The lead arrangement, on the other hand, is a much more fun, fast-paced track in this regard. The chord progression during the verses can be a little tricky to effectively pull off, but it’s challenging enough to be entertaining. Experienced players won’t be challenged much, but it works.

The bass arrangement is definitely the best in the whole pack. It has a very funky feel and makes for a really good challenge during the verses, even though the chorus consists of only 2 repeated notes. The key change is a nice touch as well.

Pick of the pack: Born Under a Bad Sign

YES!!! the Blues must be represented in greater detail on Rocksmith, especially to honor the path laid out for nearly 100% of the songs and artists currently on Rocksmith. We all need to keep requesting and pushing this. A few that I’ve submitted are as follows:

I got so excited when I opened the page and saw a pic of BB King. I thought it was a announcement of the next DLC. Then I realized it was just a review of the blues they already had in the game 🙁 This game desperately needs more blues 🙄

Loved BB King’s song as well as both Albert King tracks. I wish RS would do proper blues releases for both these artists as well as SRV.

These blues songs are a lot of fun! I was into the blues when I was a kid. They bring back good memories of getting over being sad.

The Killers. Cool! This is one band that I actually love their “hits” and not so much the “filler”, as opposed to most bands that I like.

I think we need some good alt songs from the likes of The Cult (sanctuary, rain, love removal, fire woman). That would be some good fun!

The Cult are my favourite blues band as well! I really love that Mississippi Delta sound.

If you want the Cult, go request them. Posting it on here does no good, ESPECIALLY on a blues-focused page.

Would love some more blues. Jeff healey. Gary moore stevie ray vaughan in a lost but not forgotten pack would be great.

Weakest. If you have no feelings.

the defenestrator
Reply to  guest

He was only referring to the bass track.

guest
Reply to  the defenestrator

I only played the bass track.

I love these tracks. We need MORE BLUES! Yes, I’ve requested a bunch of different artists.