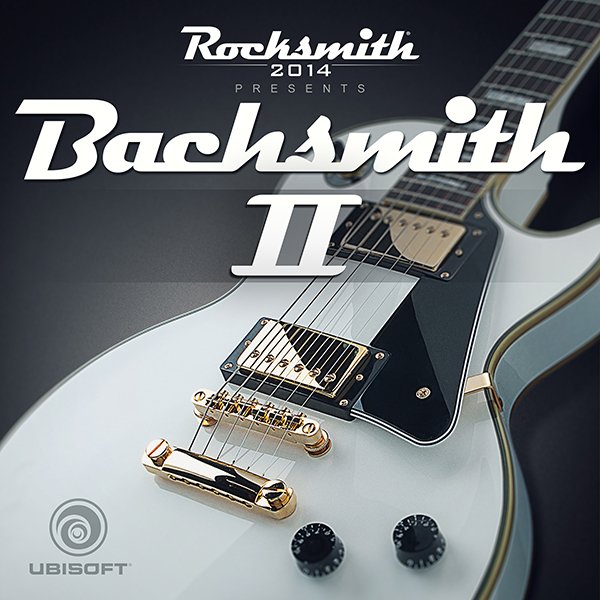 This week’s DLC is the return of Bachsmith! Much like the previous DLC pack it features five classical pieces reimagined by notetrackers at @UbisoftStudioSF.

Ode To Joy features a great dual guitar rendition in the key of Arena Rock, Funeral March comes off as some bizarro surf-western (reminds me a bit of SC3), The Can-Can has to be experienced to understand, Notecracker Medley will give you some Fantasia flashbacks, and finally Symphony No. 40 will definitely scratch a bit of that Jazz itch that people have been hoping for.

All songs are in E Standard!

Is this a must buy DLC for you, or are classical music covers just not your thing? Let us know!

Anyone know how to delete this dlc? I bought it and I didn’t like it. I want it gone. It really blows.

It is impossible. Sorry.

Go into ur downloads … Probably can delete it from there… And if you ever change your mind it will always be there for you to redownload or use to torture you neighbors with?

What platform are you on?

I hate the ode to joy tones. What a bunch of crap. Notecracker Medley is sweet. I kinda wish that they would have made the classical sound kinda classical…even if it is just practice…that was messed up.

You can create your own custom tones. I always use my own custom favorite tone. That’s why I never remark on the tones.

I second this. On my phone all I can read on each video is “Rocksmith 2014 Score Att”

Great DLC. BTW Elliot can you change how you name your videos to “Song Name, Artist, Rocksmith 2014 Score Attack” so we know which video is which from the thumbnail, instead of having to click through all of them.

The songs are always in the order listed above

Without a hint of hyperbole this has to be the best pack yet. Aside from the Can-Can arrangement which is a hot mess (not the arrangement, more the thoroughly confused style jumps) the songs are AMAZING good fun to play and at high levels can be quite a challenge too. I hope we see more original arrangements from these guys, maybe a Chrimbo themed pack?

Ubisoft will need a nutcracker to get the$5.99 out of my wallet…. I might rather try and play freaking rap on the guitar…. Yo cause dis pac is wac!!!!

Damn, I need this TAB

what about the siren and the warble

Waste of a nice guitar 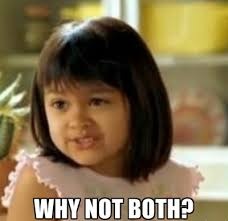 Since your a big doors fan, you might want to look into Robby Kriegers musical background. RK actually started out as a classical flamenco player. Ive heard him reference everything from Folk to Indian as inspiration.

Would you go back to shutting up again?

Wow, very glad to see Im in the majority on loving this stuff. It restores my faith that there are plenty of legitimate guitarists and musicians downloading dlcs, and not just music consumers who want to use rocksmith as their personal mp3 player.

that might translate into walking into a guitar center and hearing ode to joy versus smoke on the water or iron man which is never played right. Please people if you dont know the riff dont butcher it

think you can get those riffs in just about any beginners guitar method books for the last 30 years. I have walked into many guitar shops playing classical rock recreations, and chances are good, many of them will be using some of these tunes this year. Canon rock anyone? https://www.youtube.com/watch?v=vswXiWc7GLY

How does ode to joy make you a legitimate guitarist and musician? They teach you how to play it in grade 1.

Did you leave Mr. Satriani an apple? If I could’ve played the above composition of Ode to Joy at 6 years old, Id be playing professionally and not posting on here. 🙂

So you skipped past kindergarten and went straight for your PH.D? Neat!

The more I read this the less it makes sence -- personal mp3 player ???

He’s happy that people are into fun music to play as opposed to bitching about it not being a band on their mp3 player, you know… Like The Cult every fucking week

Ahhh ok gotya thanks for clarifying that for me, I probably didn’t get that initialy as I am not realy into the ‘fun’ novelty genre. Loving your colourfull language by the way -- charming. Bring out THE CULT woohoo|!

If you master these, Fire Woman will be a piece of cake

Rocksmith is a great learning tool and a terrible jukebox. Every so often someone complains that the DLC costs too much compared to iTunes or Amazon tracks, and I always remind them, well, if you are not buying this stuf to learn it through our interactive methodology…well, you probably paid too much, yeah. 🙂

Classical music has always been great on the electric guitar. Another reason this pack works so well is because it was developed in house by people who know what makes an enjoyable playing experience. With that in mind, and with what appears to be the resounding success of the last two packs, I’m hoping we can get homemade dlcs on a regular basis. More Bachsmith, Jazzsmith, Folk/ Bluegrass-smith, movie/tv-theme-smith. If you build it, I will buy 🙂

This pack looks like a lot of fun. Thanks for the video’s, I’m not great with classical song titles so it was great to be able to identify each song with a quick click. Easy buy.

I watched a lot Looney Tunes when I was a kid, so this entire pack is brimming with nostalgia for me. All the songs sound pretty great, but Notecracker is clearly the star of the pack. I can’t wait to get started on this.

Wow didn’t think ode to joy would be fun to play since the original is very boring IMHO but I love the rock version!! Well done, already memorized the first half 🙂 the whole pack is brilliant!

Hopefully this paves the way for some classical music that was written for guitar. There is a ton of really great stuff out there that would translate well. It’s a little outside of Rocksmith’s solid-body forte, but some Andres Segovia, or maybe even Mason Williams if going for a pop bent, would be welcome.

So “Can-Can” was arranged by the guy who did the Aching Head song? That explains a lot.

I’ll wait for the bass videos, last time I jumped in too soon and haven’t played them since.

Actually quite surprised to actually see another Bachsmith. I loved the first Bachsmith and as a person who plays bass 97% of the time, I’m still really excited for this. 🙂

Mozart symphony 40 is such a tease for jazzsmith. How much longer must we wait, I cant imagine its tough getting permission and old jazz standards probably dont need it

That’s a great surprise, I was hoping for a second Bachsmith for a long time now (one year?). From the videos I can say I like every arrangements, except I don’t like the Funeral march for some reason, whatever arrangements it has… Still buying the pack tonight. Thank you RS team and RR for the preview, as usual. <3

Typical ? -- not going near this one.

This is the most dumb pack ever!! Just kidding..its fucking awsome!!

SHUT UP AND TAKE MY MONEY!

This is wonderful, guess “The Commons” is gonna have to wait!

As soon as Bachsmith II was confirmed, even suggested, really, it was an instabuy. Without a clue what was included I was sold. Great job RS crew!

The late great Grant Green did a fantastic 40th in Gm. Hoping that the good folks at Ubi had that version in mind. One of the most underrated jazz guitarists there ever was.

Was “notecracker” a typo, or did someone get cute with their puns?

FYI “notetracker medley” would have made a better pun.

Edit: I’m in for the pack. Another fine job Team Rocksmith.

But it’s a play on Nutcracker