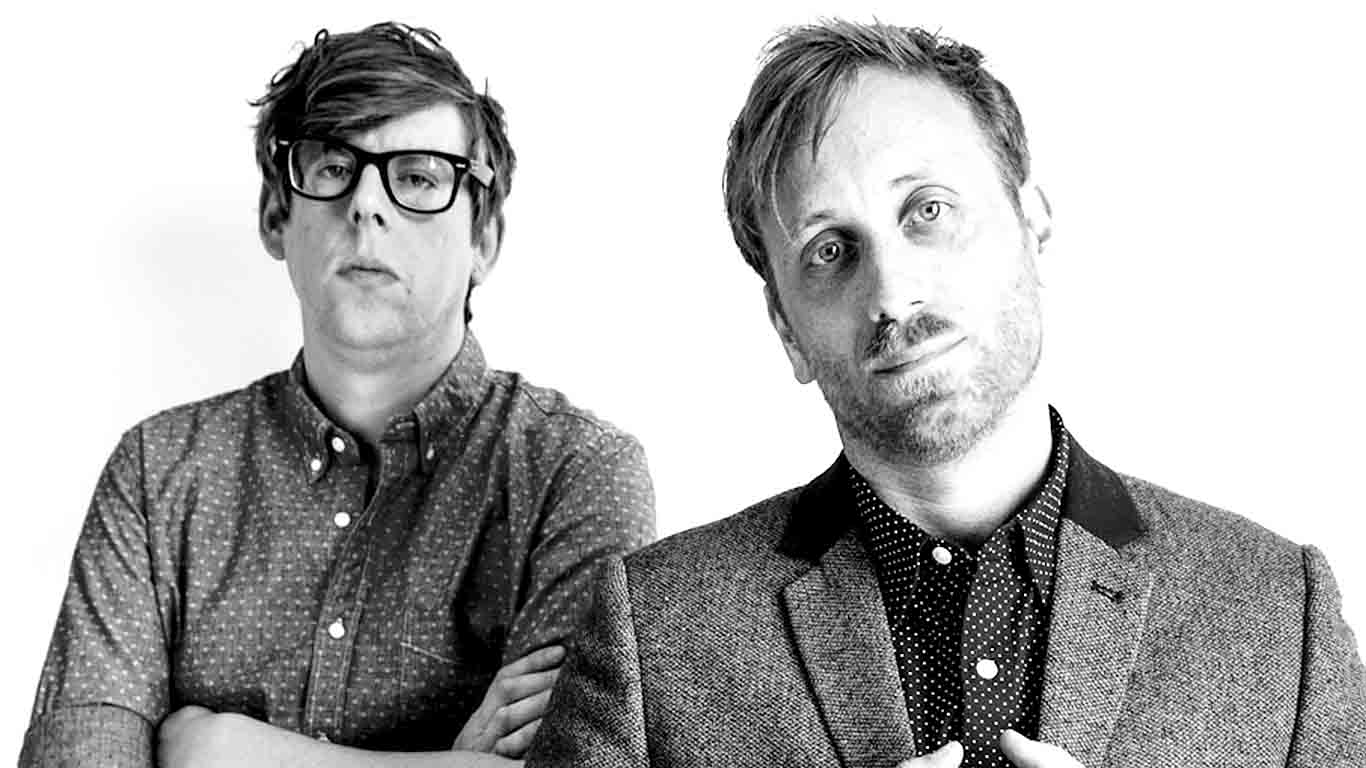 This week’s clue has been posted and solved and it looks like we’ll be adding a few more songs from @TheBlackKeys to Rocksmith 2014!

thoman23 knew that we were looking for a periodic table translation

Periodic table code. The numbers on the bottom can be translated like this:

Hermitian figured out that the numbers related to frequencies of music notes!

which of course corresponds to… 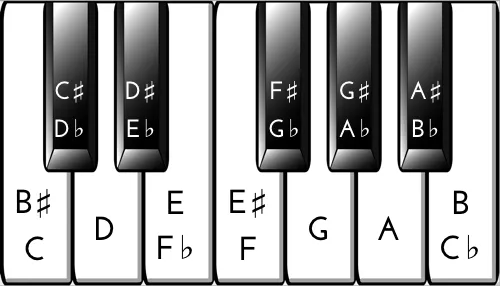 The Black Keys are featured quite a bit in the Rocksmith library!

Guitar Hero recently acquired two songs already on Rocksmith and Rock Band has three songs that would be welcome to the Rocksmith library (Strange Times, Lonely Boy, and Howlin’ For You)

Many snarky jokes were made at Rocksmith’s launch about the abundance of content relating to @TheBlackKeys but if you look online in 2015 you’ll find that songs like Next Girl and I Got Mine give new players the confidence they need to continue on their guitar playing journey.

Here’s what we are hoping for…

Little Black Submarines would be a great addition, a fairly challenging guitar part that really shows off Auerbach’s songwriting.

Lonely Boy was supposed to have a Pro Guitar arrangement on Rock Band 3 so it’s only fitting that Rocksmith fill that void, right?

Gotta Get Away is the single you want off Turn Blue… Not Fever. 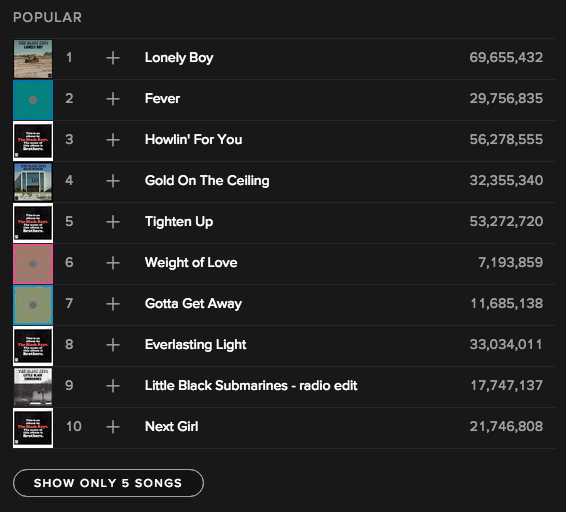 Here are the Top 10 most listened to songs from @TheBlackKeys on @Spotify! Which song do you expect to make it into next week’s song pack?

Are you happy to see The Black Keys return to Rocksmith after almost four years? Or is this just too simple for your liking? Let us know!

Best pack all month by far
This Is gonna be awesome!!!

Any confirmation yet on the pack size? Hoping for 5 songs.

Nope, come back on Monday night to find that out

All I really know about this band are the songs by them from rocksmith and rock band and while they were okay, none really left me feeling like “wow, that rocked”. Perhaps because the bass lines seem to lack a bit of imagination to my way of thinking. I’ll buy it though.

Do we need rocksmith to learn anything by these hipsters? All you have to do is play the same simple riff over and over and record your voice through a tin can. November is turning out to be the worst month yet for dlc, bachsmith was ok but not as good as the first time.

We’ve still got one week left. No need to be presumptuous. The Black Keys are a good band and you’d be hard pressed to find someone that can honestly say that their riffs and musical style are both catchy and entertaining.

This is actually the last DLC of November as the next release is December 1st.

Does little black submarines sound like stairway to heaven towards middle? If we get this song I’m considering it a zeppelin win

I’m not howlin for this song pack

I never cared too much for these guys. So unless the charts look fun, I’ll be passing. Enjoy those who like these guys. 🙂

You boys are absolutely correct!…. I can’t complain about The Black Keys!!!!!

they suck worse than the worse suck ever sucked

If that your opinion you are entitled to it… With that being said you obviously know nothing about music!!…. Go buy rock band and be a pretender???

I didn’t realize that rock band (a fun game) and musical knowledge were mutually exclusive, lol.

Rock band has some decent songs, and that team actually does updates for the game that adds new features

Nope, they will have a load of updates to add different features in December. When was the last time rocksmith added anything other than weak dlc?

Rock band lost me when they didn’t provide online multiplayer capability for rb4. Enjoying a musical experience with friends was what I really liked about RB (I didn’t care for the “pro gtr/bass” features of rb3). Solo I’d much rather jam with RS. Maybe one of these updates will provide MP for RB but i’m not holding my breath.

Not getting a lot of multiplayer out of rocksmith either though

Pj-10, you stop being a loser and let people have fun instead of messing around with the game.

If i did not play rock band then i would not be playing rocksmith so take that.

Yay, a DLC Pj-10 likes! Now we have a week of break.
Thickfreakness
Little Black Submarines
Your Touch
Howling For You
Everlasting Light

Some of their less popular songs are better choices than the ones they play on the radio.

Wow they look like winners, and i had my hopes up for the rest of the year. Btw the white stripes songs arent on psn at all, i wanna get blue orchid.

They were on there when it first came out cuz i got 7 natiin army but it isnt on psn since i started looking.

In the nicest possible way -- we are all aware of the song request process -- the legality / copy rights story etc, but how much of the requests that obviously can’t be achieved influence the genre of music chosen for dlc ? I guess what I am trying to say is FFS We have black keys already !!!!

You do realize there are lots of Black Keys fans here and they wanted more from one of their favorite bands right?

I had never heard of the Black Keys before Rocksmith, and at first, was not a big fan. The more I listened, and tried playing their songs, the more I liked them. I am looking forward to picking up any new songs from them. Their music was a huge inspiration for me to keep on playing.

I hope they choose specifically the more guitar songs, would suck if they pick fever :/

agreed, in the context of the album (it’s a concept album believe it or not) it’s good but outside of it, nothx.

I haven’t listened to the album yet but I know the singles. Gotta get away and weight of love would both be great choices for the game imo!

They beter pick bloody fever or i get bloody nothing.

Ugh -- Booooooriiiiiinnnnnnnng Zzzzzzzzzzz two nerdy art school types who studied the human soul in music intensely in hopes of one day pretending that they possess soul in their own music. Everything in their music is lifeless and dull and made with a mathematical precision completely devoid of passion or the soul of those they try so hard to imitate.

One of the many bands I discovered with the game, love it! Very cool to have more!

Any and everything that did not appear on their latest album. But yeah, let’s have Lonely Boy… Terrific tune

Please have Weight of Love in the pack. I put that song in the suggestion tool many times!

Just couldn’t tie me down and til I get my way! Pleassssseeee

Am I the only one who was hoping to get some songs from their MAGIC POTION album. Those are some quality bluesy sounding songs. Instead of excessively played on the radio type tracks

Your Touch or Just A Little Heat would be sweet.

Very excited to see what songs. I like the black keys AND I like bands that don’t need a 2nd guitar and a bass to sound ok. I like songs I can play alone and sound right on

I’m guessing they are thinking these are year end hits, unfortunately.

Hoping for something new….. A two pack!

We had that with Pearl Jam, also why would you want less of a band you don’t like? Seems kind of weird considering it’s optional.

Love that its a five pack. But if you got to get the rights to five songs or two songs which would be cheaper? I’m guessing they would prefer the budget would go more toward bands they like considering this is getting close to years end.

Not a fan. I don’t expect to play this pack a lot. Hope I’m surprised.