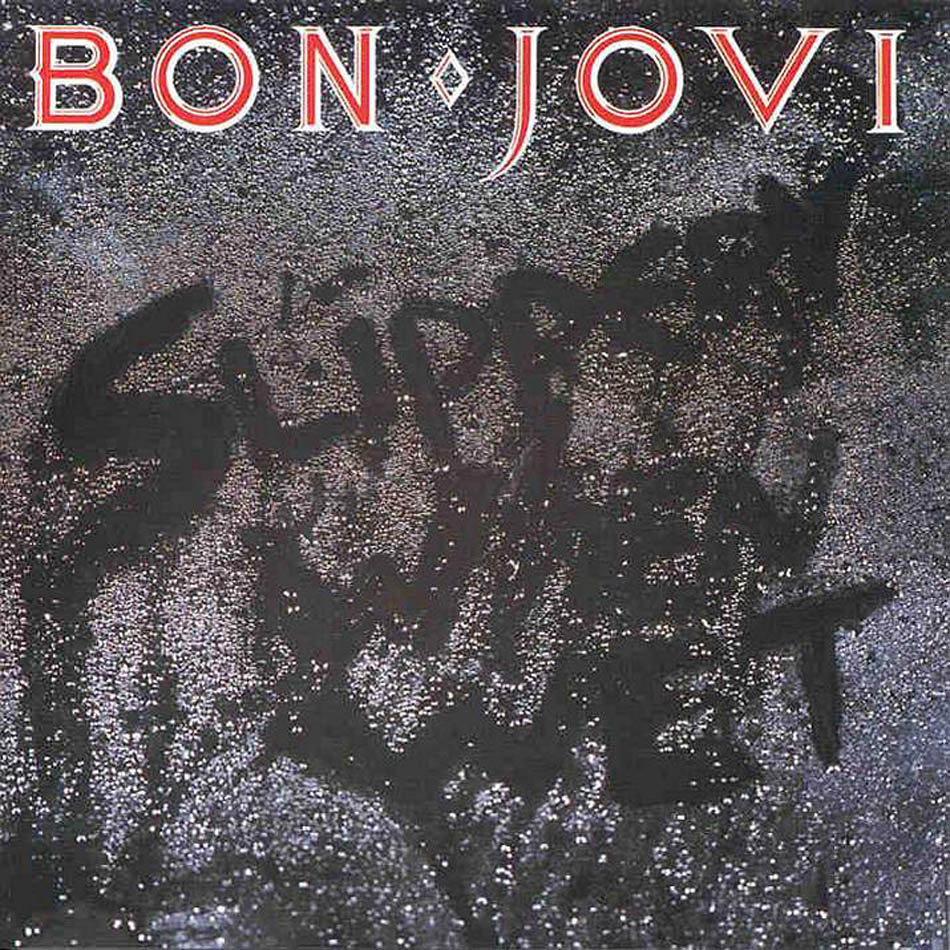 A recurring theme as we pretty much nailed 4/5 of our predictions for this week’s pack.

Featured in this Bon Jovi Song Pack are the hits you’d expect like Livin’ On A Prayer, Wanted Dead or Alive, and You Give Love a Bad Name, but to round it out you get Jon Bon Jovi’s hit single from 1990, Blaze of Glory and the 2000 Bon Jovi hit, It’s My Life!

Bon Jovi is one of my favourite bands. In fact, along with Aerosmith, Queen, and Nine Inch Nails, they’re one of the bands that’s truly responsible for me getting in to music in a massive way. Slippery When Wet was one of the first CDs I ever bought, and one of the first albums I knew back to front. To see it represented in this DLC so well (even if it’s just the three songs everyone expected to see) makes me happy beyond belief. To add in It’s My Life is also awesome, but the true cherry on top is the hit I expected the least, Blaze of Glory. Between Wanted Dead or Alive and Blaze of Glory, not only are we two steps closer to completing my own personal karaoke playlist, but we also have two of the greatest night driving songs ever written. Seriously. If you don’t believe me, get in a car at night, drive on an empty road and just blast these two songs.

Is Blaze of Glory twangy enough to be our first DLC foray into modern country music?

Drop C? Who knew that Hugh McDonald was such a fan of System of a Down.

So there you have it, with one more week before Jimi Hendrix we are halfway there when it comes to the Top 40 Requested artists!

Are you grabbing the Bon Jovi pack? Or are you waiting to see what the final week of mystery DLC is? Let us know!

Anyone else having trouble with one of the tones during ‘dead or alive’? It causes my tone cable to no longer work at about the two minute mark on the Xbox 360 version…

Early spoiler for the clue today, it’s gonna be Soundgarden

I just saw Dan confirmed RATM, that’s like am early Christmas present along with hendrix

Or just tweak the in-game settings to subdue the background and blast your output.

Maybe you should start posting your sessions, PissAnt. Instead of just being a d-bag forum troll. I’m sure we all could learn a ton from a master like you.

What’s the group next week for Tuesday December 9th is it gonna be The Scorpions,Motley cure,Def leppard,Tool or i think it should be some Black label Society and Hellyeah because this monday marks the 11th Anniversary of the death of the awesome Guitarist in pantera Rest in Peace Dimebag Darrell

Bands like Def Leppard, Stones, etc are in game already but don’t have a pack.

The bass lines in this pack are pretty sweet. They’ll get your fingers moving between strings and across the fretboard no problem. And that D Drop C is surprisingly easy to play compared to other songs in that tuning that have been made available on Rocksmith. Probably because… DUN DUN IT’S MY LIIIIIIIFE

Yes ! Think whatever you want about Bon Jovi, but playing these songs on the bass is so fun !

love blaze of glory what a great song

A good if not extremely predictable pack. I’d also have liked to see Bad Medicine, but I’ll probably get this DLC.

I’m getting these, they are fun to play if you like them and I do. The basslines are decent, but I’m still hanging out for something to challenge me.

Got to go in on this. I like Bon Jovi. Not a big fan, but I like and respect them. 316 by Van Halen is the first song I learned to play. Bon Jovi’s Wanted Dead or Alive was the second.

Also I’ve been a bit detatched on here. Is Ubisoft actually trying to fulfill the 40 most requested list or is this just speculation?

They are always trying to fulfill that list, it’s just that they probably won’t ever do that IMO.

When the hell will I be able to buy the Bullet for my valentine and Bon jovi dlcs on ps3?
FUCK!

Assuming you’re outside of North America so the answer is whenever PSN EU wants to do their jobs. If you are in North America though, hopefully later today.

Have you tried making a US PSN account??? Just food for thought!

In for five. Fantastic.

in my honest opinion the 80’s were the worst generation of rock. hair metal was a joke bon jovi is a joke guns n roses is a joke. im not bashing their skills as musicians they are all very skilled but its the vocalists and stupid ass synth that were over used. not all bands in the 80s used synth but comon the ones who did they have to know it was cheesy. the tone of the music just isnt appealing like i said im not bashing the skill of the players just the tone of most 80s bands. im 22 and i listen to a vary wide variety of music coming from alot of decades i love 50’s, 60’s, 70’s, 90’s, 00’s and even the newer 2010’s well most of it but i can honestly i can say that as a person who truly listens to a wide varitey of music from paul simon to even last weeks dlc bullet. 80’s music holds last place for me. the annoying half singing half scratchy yelling is just something my ears cant handle yes im talking about jon bon jovi and axel rose bret micheals. sorry 80s its the decade that went tone deaf

ok, but please not that f’ing ‘everything I do’ song, I hate that one! Summer of 69, awesome. That robin hood theme, arrrgh! 🙂

The actual theme from Robin Hood would be pretty cool on guitar though… movie scores dlc!

I can’t tell if you’re trolling or just an idiot? Guns ‘N’ Roses is a joke? Wow, I thought all Beliebers were banned from this forum? Go back to listening to your One Direction and leave the forum immediately. You’re musical opinion is no longer valid anywhere…EVER!

Someone said similar to me when I told them I honestly believed Motley Crue were a joke that went right over America’s heads. But to me, they really do make spinal tap look like a legit Metal band. What can you do? 🙂

Like a man in orthopaedic shoes, I stand corrected. 🙂

actually it is valid, if you truly enjoy playing guitar youll and actually want to be a great guitarist which im still improving on is to most importantly have fun and challenge yourself with new types of music, i do not listen to any of the artists you listed but i can say that all though i may not buy this dlc i still play all of the on disc 80s songs to challenge myself even if it isnt myfavorite song. i like learning new things and techniques and different artists, genres and the time when the song came out make for different techniques and new styles to play. although i will still stand by my opinion and say guns n roses are the most overrated rock band of the 80s they wouldnt be so bad if it werent for axel though

In my honest opinion, the 80s were the *BEST* decade for music. I love new wave and punk and cheesy hair metal and even some pretentious rock from the early part of the decade. Even Michael Jackson songs have some great guitar.

I think in many ways you are right, the 80’s were great -- punk, new wave, new romantics, indy, synthesizers, plenty of good rock, blues, reggae, proper metal, yes there was hair metal too but you have to take the good with the bad (just ribbing!), funk rock, hip-hop, the start of acid-house (not my thing, but it’s significant), all that good stuff. What have the 2000’s given us? Dubstep, Miley cyrus, and niki f’ing minajh.

In my honest opinion you can get bent.

OKAY… This is the perfect pack, I had Bad Medicine instead of Glory in my prediction, as I thought we were not getting the Bon Jovi solo track. Fucking awesome.

Drop D and C ? Wow…didn’t know that Bon Jovi has some down tuned bass. That will be a pleasure to play them with no delay (Fuck off EU PSN, glory to Steam) !

Anyone know when song packs will start appearing on the PS4 EU PSN?

We’re off to never ever land.

to be honest i was waiting for this but i could use either blaze of glory or it’s my life being switched out for Bad medicine. that song is just too much fun to jam out too.

Blaze of glory!! Shut up and take muy money now

This was an instant buy for me pretty much no matter what songs we got from them. So happy to see that it was at least a five-pack and grateful they covered some of the greatest hits! Can’t wait for “Livin’ On a Prayer” and “Learn to Fly” by FF when I heard that pack is supposed to drop tomorrow on PSN. Definitely buying this whole pack!! And thank you TRR staff for the heads up coverage!

Would have liked dry county and roulette but still a good pack.

MOTHER OF GOD YES!
Definitely getting the whole pack!

I am not a fan of modern country music at all, or even most older country music for that matter. That being said, Blaze of Glory looks like a genuinely fun song to play.

Here’s hoping the Xbox Live DDoS gets resolved soon. I don’t often buy DLC but “You Give Love a Bad Name” feels like it would be right my alley.

Will this DLC be banned in Buffalo?

The guitar in that video is just insane. Very happy with this!

Fantastic! A little disappointed that we didn’t get anything from New Jersey (I’ll be there for you, Blood on Blood, or Lay Your Hands on me would have been great), or Dry County, which is in my opinion, Richie’s best guitar solo work to date, but most of em are relatively deep cuts, so I wasn’t expecting it anyway. Nice to have some Sambora on here- easily the one of the most underrated guitar players of the 80’s, and one of my personal favorites! SO happy!!!

It’s My Life is in Drop C? That’s certainly random.

Bass is in drop c, guitar is standard

I was talking about the bass. I wanted to go back and edit my comment to specify that I was talking about bass, but I’m not sure that’s possible here.
It still seems weird given that the other guitars in that song are in E Standard.

Epic!!! Happy to see Blaze Of Glory. In case you didn’t know, that’s the late Robbin Crosby on lead guitar on that album.

Also glad they just stuck to the classics.