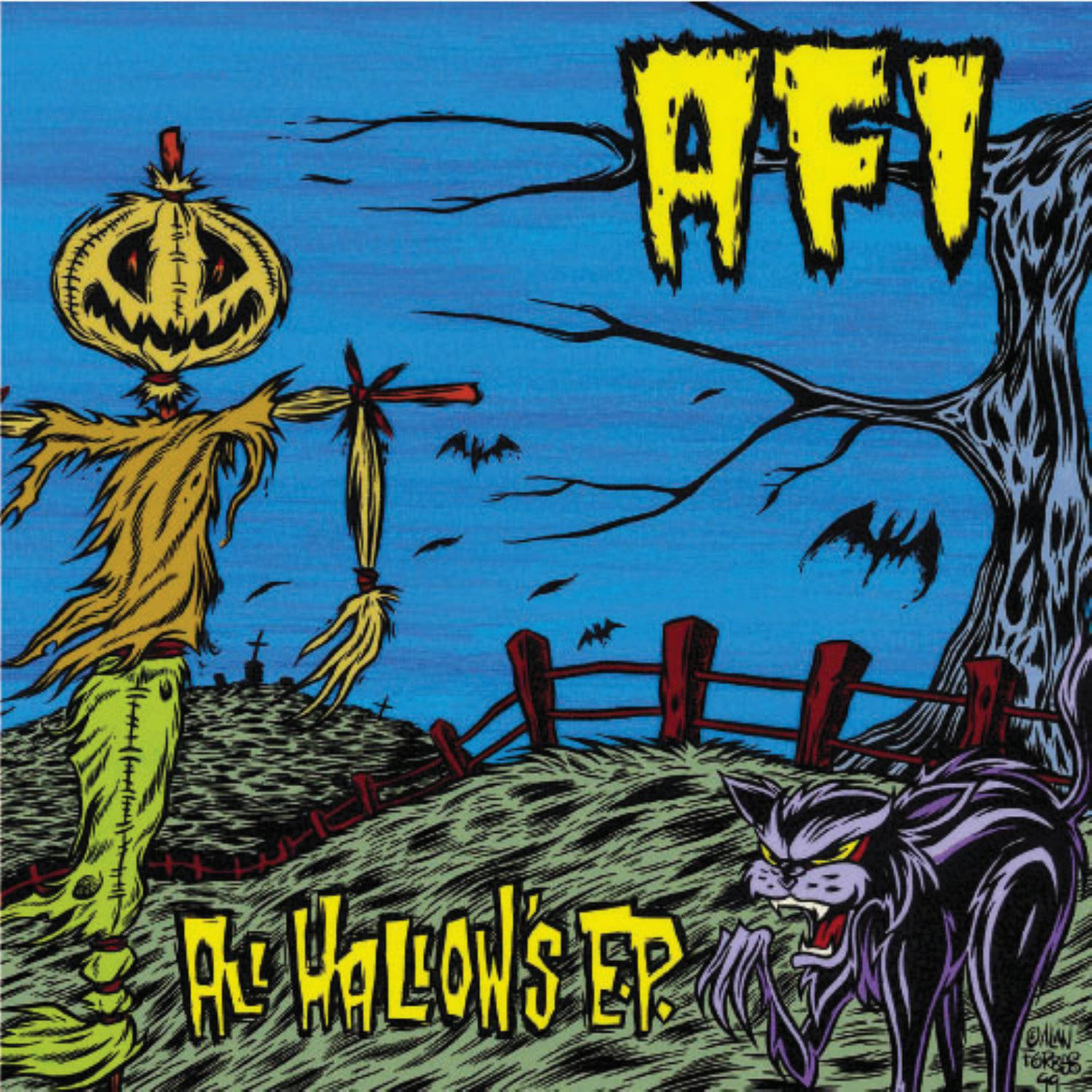 Today’s DLC marks the first FOUR pack of songs, with the addition of AFI to the Rocksmith 2014 catalog.

Included in today’s DLC is Girl’s Not Grey and Silver and Cold, from their sixth album Sing The Sorrow, the very familiar Miss Murder from Decemberunderground, and a very unexpected selection from their 1999 All Hallows EP, Totalimmortal. 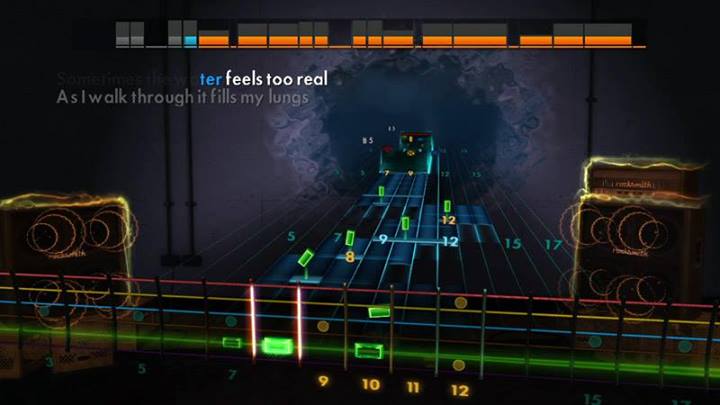 One step closer to Misfits!

Are you feeling the fire inside from this DLC release? Let us know!

God called in sick today woulda been a great pick.

Anyone heard The Offspring’s cover of totalimmortal?

Maybe you will wish that for the next dlc too …….

The pack is very good, but I’m waiting for a 3 or 5 pack bullet for my valentine or other 😉

I guess this will be fun to play. I’m not a fan of AFI by any stretch of the imagination, but I certainly don’t dislike them. Seems like solid picks as well.

Not a bad pack, but Leaving Song pt 2 (my favorite AFI song) and Dancing Through Sunday would be such fun songs and awesome on guitar and Silver and Cold I don’t care for and it wasn’t fun on guitar I thought.

Aw, just the other day I said I wanted AFI -- and they pick all rubbish tracks! Where’s Private Eye?

Can’t forget what day it is. 😆

oh wait i’m thinking of someone else

More More More!!!! I can’t enough DLC!! Don’t care what it is I like options!! Double backs with two total different genres would be cool or different decades! Sounds like work but hey we are paying for it!!

There are too much non E-Standard tuning songs in the last weeks.

There was only one last week on guitar

Are we thinking of the same pack? Surely there weren’t many non-standard tuned songs in the Matchbox 20 pack?

That said I welcome this AFI pack. Gives me more things to play when I do tune down to Eb than just Rise Against, Weezer, SP, AiC and the 10 or so other songs I have that are in that tuning.

Misfits would be cool, but I’d rather have Rancid 😀

Either would be awesome.

Totalimmortal is all I’m interested in. That bass line is pretty fun. Any old school punk bands would be a welcome addition to Rocksmith

Holy crap I didn’t expect anything off of All Hallows but this is awesome! And those Sing the Sorrow tracks are the icing on the cake. StS is one of my absolute favorite concept albums. Miss Murder was pretty much a shoe in, and although I consider Crash/Love to be one of their weaker albums it’s still a decent track. I’m sooo pumped right now. Thank you Ubi!

Miss Murder was off Decemberunderground, kid.

D’oh! Yes of course you are right. Truth be known I never listened to Crash Love or Decemberunderground all that much. Even though AFI says that Decemberunderground was intended to be the bookend to StS (and a few of those tracks were recorded during the same sessions), I always felt that musically it had more in common with Crash Love. “The pop sounds of AFI” if you will. Haven’t listened to Burials at all though which sounds like it might be something of a return to form.

This pack would have been a meh for me if it weren’t for totalimmortal. All I can say is yesssssssssssssssss

I’m so stoked -- TotalImmortal is an absolutely superb song, and totally unexpected. Probably their best tune, despite being tucked away on an EP.

It was a little too much to hope for getting something of “Answer That” or “Very Proud” but this is as good as getting a song off one of those albums, in a way.

It’s insane that this band is even talked about in the same sentence as the misfits.

Well, the singer, Davey, was asked to do vocals for the band and declined, so…

You can kinda mention them, simply because AFI where so heavily influenced by them. Sure, they eventually went off a did their ‘own thing’, but their first two albums “Answer That And Stay Fashionable” and “Very Proud of Ya” where basically a misfits homage, played by some young kids. Played loads faster than the Misfits, but they wore their influences very obviously! They even quote themselves as fans in some of their lyrics.

Personally -- I’m a fan of early AFI, and newer AFI, but then I love the old Misfits and the new, too. So it’s all good in my opinion. Although it took me years to warm to AFI’s new style… 🙂

They should definitely be mentioned. They’ve covered Halloween, demonomania, we bite, last caress and others when they play live shows. So yes, they deserve an honorable mention. Most AFI fans are Misfits fans that have heard their bad ass covers and took a liking to them because of their horror punk roots.

Never heard of them till this past week when it was suggested they’d be the weekly addition. Just listened to the 4 songs posted. WOW!!!! Hope those that like this type of music enjoy it. To me, this is the worst DLC yet. And that’s saying alot as there’s only been 2 packs I’ve found worth the $ so far since the release of RS14. 😥

Just out of interest, what are those 2 packs? Shame you haven’t found any other packs interesting; there are only a few packs that I didn’t like. Then again, I enjoy just about anything from blues to metal.

Aerosmith and The Who. And I actually only bought 2 songs from each pack. Everyone has different tastes, and they never please everyone, but I’m pretty much to the point where I’m just done with DLC’s. Prolly just gonna have to back to tabs and Youtube vids for my guitar education.

Hmm, those are actually 2 packs that didn’t tickle my interest hehe.

I can’t wait to buy this pack! And I would love nothing more than some misfits to go with my AFI! And Danzig and jerry only love making money off of old stuff. That’s within the realm of possibility

Guitar Hero is actually the only music game to get a Misfits song!

Yeah, I’m glad I managed to pick it up in time given that the vast majority of GH DLC was already gone before the 31st March deadline.

Man I’d love that too. The Misfits would be right up there with The Ramones in terms great tunes that also happen to be great for beginners.
… Unfortunately those two dudes (seem to) hate each other and can’t really agree on much of anything. 🙁

Danzig and Jerry Only are the Axl and Slash of (horror) Punk!

Definitely buying this one 🙂 Fun songs. Totalimmortal is a very pleasant surprise.