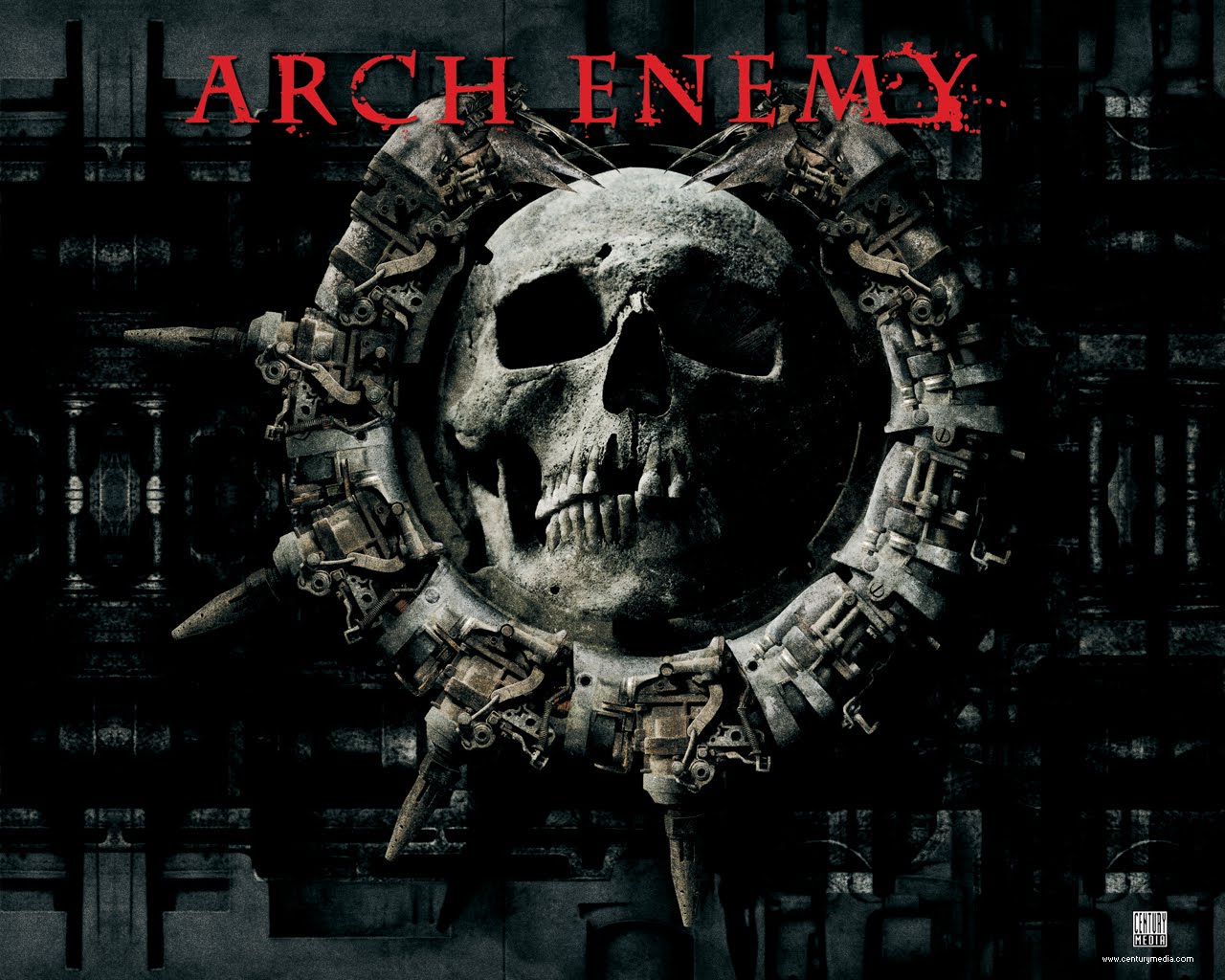 This week as promised is all about variety and in terms of musical genre it has definitely delivered. This week also has four new artists making their Rocksmith debut, exciting stuff!

First up is something fuzzy, yup if you guessed Presidents of The United States of America’s hit single Peaches you were right! Next up we have some classic rock with Scottish band Nazareth’s Hair of The Dog! Hope it’s no the re-record… You wanted a challenge this week? Well, you’re going to get one with @ArchEnemyMetal’s Nemesis, and yes, that is Angela Gossow on vocals. Finally the already revealed Of Monsters and Men song Little Talks wraps up the variety pack for this week, awesome!

Super stoked to see Nemesis on there!

Has anyone here taken the Rocksmith poll on the Facebook page Rocksmith Connect? The results show no women play Rocksmith! Does anyone know any Rocksmith female players?

Will there ever be any nofx on rocksmith.? I’m a big nofx fan and would really love to try some of their songs.

Nice work keeping focus with that cat trying to distract you. I would’ve had a hard time not punting it. Or at least pushing it gently out of the way…

lol try playing all videos at once. It’s magical.

Thats great elliott! Thanks for mentioning alt lead! Why no capo at normal lead?

I think it’s because the data is showing a majority of people don’t really enjoy Tuning/Capos etc.

Now that we got The Presidents of The United States of America, hoping for Lump or Cleveland Rocks.

So, Now that we have finally popped that Rocksmith Presidents cherry, there is absolutely no reason why we can’t get a five pack.

“Peaches” and “Lump” aren’t even their best songs… They ARE awesome, but they have a metric sh!tton of awesome songs…..

What the heck happened to the talkbox solo during the lengthy outro of Hair of the Dog? I was looking forward to that.

+1 and I’m really upset about it. I only play bass and I knew from playing this song on rb3 that the bass doesn’t really pick up til the end…… Or in this case it never does. I’m sad to say this song is more fun to play bass on rb3 (chords, longer cool outro) then on RS on a real instrument. Playing this was a dry hump. 🙁

You mean the re-record with the vocals everyone complained about?

I’m not paying for the vocals, lol. I’m paying for two guitar tracks I’ll never use and the bass track which I obviously would like to be the best one available…….In my opinion of course. 🙂

Then you should buy Arch Enemy, looks like a fun bass line

Not my genre but I’ll check out the video and I might try it if you think so. I’m having heavy strings put on a bass with a B string instead of an E for those low tunings.

I am wondering how the decision is made for tracking tab of song in rocksmith; is gbmaj7 chord seems a bit unnatural in monsters and man. Not that i dont lke it ?. Abd very often when i ask my guitarteacher when to practice a song ” from” RS we use comlete different chords

Happy to see more DLC in general and a cool line up here. Now, I would be even more stoked if them implemented a patch/DLC to support some 7 sting songs. I’m sure KoRn would whore themselves out and let them use some song, and with most of the newer stuff out there 7 stings are becoming more accessible/utilized. Either way I hope they keep supporting and releasing DLC for this game.

Loving Arch Enemy, I wish we had more of this kind of metal as opposed to the tons of nu-metal.

Love this pack. Variety is the spice of life and I can say that I like all of these songs now. Was glad for Nazareth and a bit excited for Arch Enemy…but the other two are cool two. Nice job RS crew. I really enjoy the simple songs sometimes…these all seemed pretty simple.

Dang, I’m not really into the growly stuff but this Arch Enemy band isn’t bad. 🙂

“War Eternal” sounds quite a bit more accessible for a guitar hacker like me, and I would probably pick that up if it were in RS. But there’s no way I could even get started on that crazy “Nemesis” song! Waaay out of my league.

BEN THE MAN OVER STEEL

“Hair of the dog”!!!! Nice, thanks for throwing us classic rockers a bone rocksmith. 🙂

Never mind, you can have your bone back… I thought it was going to be a LONGER, tastier bone. My bad for posting before playing it. Lol

I’m all for Arch Enemy. But that’s it this week. enjoy all 🙂

Chris Ballew plays on a bass like a guitar, he calls it a “basitar”. I think he plays on a Epiphone Eb-3 but with only 2 strings.

Agree with Dangermouse completely, though not as extreme, I’m just an old man and A.E is just a little bit too much for my ears. I’m sure their fans are bloody delighted though and good for them. Let’s enjoy. ??❤️

I second that buddy \m/

Feeling pretty blown away. It’s been a long time since RS has provided metal this heavy. So happy. Arch Enemy is one of my favorite metal bands, and I’m very glad to see it’s from one of the Angela albums. It’ll also be nice to give Dethklok and QOTSA some more company in C Standard too.

I wish we could have gotten a 3 pack by Arch Enemy with Nemesis, I am Legend/Out For Blood, and Enemy Within.

Nice variety RS unfortunately some one have something negative to say per usual.

Keep up the great work lml/

Nazareth? Cool, not my favorite glam rock band but I think it’s cool that they’re in. Tpotusoa is also ok but I would’ve preferred Lump.

Haha yea pretty much. Pretty much par for the year so far though. Either a new version will be at E3 or this game is on the unfortunate slide down

With absolutely zero reasoning behind that statement it must be true!! xD

Just out of interest what bands do you actually like? Every single DLC post on here just has you moaning like a bitch, I can only presume you only enjoy silence.

Other than your moms moans? I’ve covered this before, the 2 I’m most anticipating are Slipknot and Jimmy Eat World. I’ve got a range of music I like, most of them you can’t find in the bargin bin, with most of the DLC

So wait, do you think that Jimmy Eat World is more popular than Of Monsters and Men right now?

That’s the downside microsoft learned with having the release year in your software title’s name. People see 2014 and think it’s not good anymore.

There’s a huge amount of songs available and if you don’t see anything you like this week, go to
http://www.songsterr.com/a/wsa/metallica-one-tab-s444t1

You mean ubisoft. I agree putting the year in the title is a bad thing; The first year people are tempted to buy it because it is new, but forever after it appears as an old version. Probably evens out overall though.

I’ll take Peaches for nostalgia. The other songs, I now understand the WTF behind this pack.

Duuuude Sweeeet!!
I think this might be my all time favorite pack. Def better than the hit single packs.

wtf is right that’s a bag of random songs. Will Peaches have a bass line that is the question i need answered

Yeah, pretty sure it will.

I agree, Arch Enemy sucks ass. Should’ve given us some Gojira or Opeth.

Lolol agreed. Two out of four is OK I guess.

Now you’re messin’ with a
A son of a bitch 😛

Lasiks seems to be in order for Rocksmith crew as their definition of “variety” is hideously myopic.

They all have guitars, bass guitars, drums and vocals. How can they claim variety without sitars, zithers, accordions, timpani and vuvazelas??? Gosh!

I am really excited about this pack. It is a must buy for me.

I have requested Nemesis so I am definitely in for that!