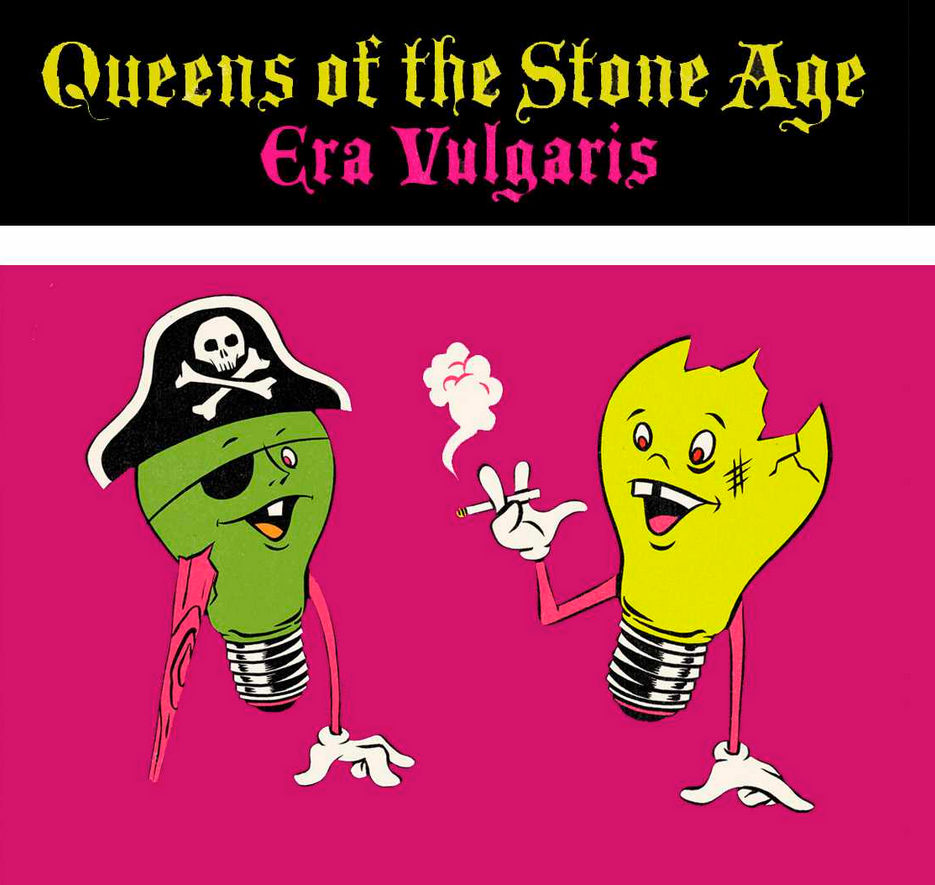 As pointed out earlier this week’s DLC is the long awaited five pack from Queens of the Stone Age!

So what is in the @QotSA pack? We already knew No One Knows was in, which brings the Songs for the Deaf count to two, two tracks are also coming from 2007’s Era Vulgaris by way of Make It wit Chu’ and 3’s & 7’s. A popular single of 2005’s Lullabies to Paralyze, the most excellent Little Sister, and finally I Appear Missing off their latest album …Like Clockwork (2013)

Only two C Standard songs for you folks this week, should be a fun week for Guitarists and Bassists alike.

Are you excited for this @QotSA pack? Or is there just not enough pre-Era Vulgaris material for you? Let us know!

Elliot.
I think that Kiss and Megadeth should have asterisk at least. Kiss could be even be erased for the “pending TOP 40” or I’m mistaken?

I might have missed that. Do Kiss or Megadeth have songs on RS? If so, give ’em an asterisk. My bad. I missed those.

As far as removing Kiss from the list, you may be right. Bunch of issues within that band as well.

You would think that Van Halen would jump all over this opportunity .. Seeing how there on tour and all the press they had to kick it off on the kimmel show… Plus David lee Roth’s voice sucks so bad.. This group should wanna cash in on whatever they can!!

The Word on Van Halen

The thing with Van Halen is they have never been very fan accessable or in touch with their fans. This is a complaint mentioned frequently when Sammy was with the band. And sadly, many of their decisions have been misguided. A good example of that is the Guitar Hero game Elliot hinted at. It was an asinine idea. Here are a few other examples.

1) The brothers attempted to insult their fans intelligence by erasing all traces of Michael Anthony from their website.

3) For some odd reason, this year they released a CD (not a DVD or BluRay) from a 2 year old concert that has been on Youtube for over a year now. https://www.youtube.com/watch?v=UMh5zx3YJ7g

4) Whenever they are interviewed, it feels like there’s an elephant in the room. Yes you have a new bassist. But why is everyone deathly afraid of mentioning Mike’s name. VH, you have a history, acknowledge it. The fans aren’t dumb.

5) If they really were concerned about making money, all 6 of them would sit down together, work things out, produce an album to actually do something for the fans for once. (especially since Dave obviously needs help on vocals.) They are a different band with Wolfie and yes I think he should still play a part.

They aren’t as concerned with their fans as they should be. (oh one more elephant in the room. I saw that comment Dave made when asked about singing Sammy’s songs. While the sales weren’t there, the popularity was, as the band had more top 10 hits with Sammy. Lastly let’s be honest. Dave doesn’t have the range to sing Sammy’s songs, PERIOD.)

Trying to find some good news to get past Nadal’s depressing performance today.

Looking back I noticed we’re almost half way through the Top 40 list. (22 left) Here’s what I’m showing as the remaining artists from the Top 40.

The ones with the asterisk are actually on RS however; they’re poorly represented. For the ones in CAPS, It’s a safe bet we’ll never see anything from them so rule them out. Thowing out the riff raff gives us 19 artists left.

I’d be surprised if we don’t get a Motley Crue pack within a year, given that they’re on their final tour and all.

And how come Van Halen is a no hoper Elliott?

Also start with the current line-up and work your way back. Who gets along?

Lol they actually made that? And having looked at the setlist … the $#&* were they thinking? Why on Earth is Safe European Home (which is a great song) on there? And you’ve got Van Halen songs like Drop Dead Legs that aren’t even on there. Shaking my head

Your taste may suck. Just know that.

Finally got to play this just now. Fuck I am loving Rocksmith at the moment. These songs are so fun to play. 🙂

I called this pack a few weeks back after they release Dethklok. I’m satisfied with the song selection, but would love to see more deep cuts. QOTSA has alot of “robot rock” songs that aren’t so much fun to play due to being repetitive, but they also have those intricate songs with deeper elements that I would like to see. The Fun Machine, Fairweather Friends -- these songs would be amazing to play on Rocksmith.

Guys, a general question.. Will rocksmith cable detect a or be standard tuning if I bought heavier strings?Or am I wasting my time?

It will detect them just fine. And I find when the strings get sloppy heavier ones help with note detection. I have one guitar set up with thicker strings just for this purpose.

Just amazing! I really wasn’t expecting I Appear Missing but really wanted it to appear. Would have loved to see Song for the Dead or Farweather Friends… but well… I think this is another band to include in the “Bands that need a 2nd DLC”

I’m in for No One Knows, Little Sister, and I Appear Missing. Wish we could have gotten more Songs for the Deaf.

I guess my quest to simulate Guitar Hero 1 in Rocksmith is now one step closer to completion.

I Appear Missing? Woah. So dreams can come true.

Amazing pack, man i can’t praise this more. Can i cast my vote for the best dlc of 2015?

Amazing pack. I am actually already hoping for a pack 2 by them, they just have so many great tunes.

So excited to get this pack from one of my favorite bands. I would have switched out 3’s & 7’s for Lost Art of Keeping a Secret to include my favorite song by them, but I can’t complain about this pack overall and maybe it’ll be in Queens Pack 02

This is also the first pack I’ve bought in a while and maybe the first day one pack I’ve ever bought.

Another week with another overrated band

Another week with another bland as fuck useless comment

Bland as fuck, useless, it’s been awhile since I’ve thought of your mom. Tell her hi for me will ya?

Nice to see one of the other bands that have been in Rocksmith to get a pack.

Still some bands left that have been in Rocksmith but have not got a pack.

Told ya, Little Sister would be one.

What else is in C Standard? Outside the game I mean

by QotSA or in general?

Other bands worth mentioning. I can’t pass on this pack and I want to check out some more stuff in that tuning while I’m there. Thanks for any suggestions

The only other C Standard songs as DLC are the Dethklok pack.

Other bands that use C Standard:
The Black Dahlia Murder
Arch Enemy
Static-X
In Flames
DevilDriver
The Sword
The Acacia Strain

Millionaire, sick sick sick, I sat by the ocean, if I had a tail, broken box, Smooth Sailing,etc. You could do a whole second pack of QOTSA songs and I would buy those too. Honestly, Make it wit Chu is an odd choice.

I think it’ll be a pretty fun song to play

Yeah I’m excited. Great pack from a band I’ve really been looking forward to seeing more of in rocksmith. Thanks Rocksmith and thanks Riff Repeater

Where’s If i had a tail?
Great Pack