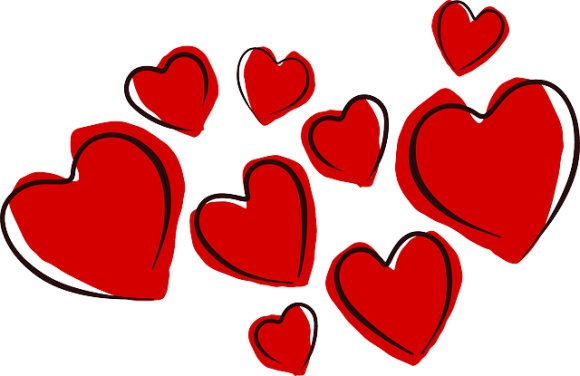 I’m on such a streak right now. In the speculation article for the Love Singles Pack I used my Sherlock Holmes skills of deduction and reasoning to blindly guess correctly ascertain that one of the songs would be The Cure’s Friday I’m In Love. Not only did I manage that immense feat, I also amazingly signed the Slayer DLC Review article with the seemingly innocent “Let’s hope we see more Top 40 Artists soon!”. Lo and behold, Queens of the Stone Age is on the way! I wonder if this epic streak will continue…

But let’s not get caught up in staggering brilliance this and hair raising intellect that, let’s focus instead on the week we’ve just had. I trust it was full of love and possibly depression that you will never play as amazingly as Steve Vai can. Let’s look at the three songs in more detail!

Just under a year ago I was pleasantly surprised when we got Bill Withers’ “Ain’t No Sunshine”, and last week I was even more surprised we were given a second Bill Withers song! Can we expect another in April 2016? Depending on your musical tastes, Lovely Day is arguably one of those songs every bassist should learn and I’d completely agree with that sentiment. Good thing it’s now in the game, huh? A fair bit of the song is the general structure and riffs repeated but every now and then the riff you played earlier returns ever so slightly different. What may have been two 5th frets before is now replaced by a one pluck of the 4th followed by 5th. That section played on the A string is now shifted to the D string. If you’re a player who relies on repetition these little changes may throw you off but it’s important to learn (with time) how these minor differences can bring new life to the overall song. On the whole it’s not a particularly difficult song to play. The hardest parts may be the sections which require some fast fingering up and down the neck. If you play bass and don’t get this song…

For the Love of God takes a much slower approach on bass, particularly in the beginning half of the song. The majority of the notes are simple sustains where occasionally you’ll need to hammer on in to a sustain and in a couple of cases this requires hammering on two notes in succession which could be awkward if your hand isn’t in the correct position. The chart picks up a fair bit during Vai’s solo, adding in chord slides, mutes and more traversing up the neck in general. Despite being somewhat engaging and “powerful” to play I can’t help but feel the length of the song, 6 minutes 16 second, is a detriment to it as it just didn’t grab my attention enough. It’s almost like I was stuck being the AI Bassist in the game’s Session Mode, with Steve Vai being the player and myself just driving the song along occasionally pushing Vai to play more. On the plus side, the song is definitely good for bassists still wanting to get comfortable with the position of frets on the neck, and the guitar solo section of the song would be just enough of a push to take you out of your comfort zone.

With Friday I’m In Love I was a little disappointed. The other Cure songs we have in game have some really interesting bass charts but this one sadly isn’t like those. It’s primarily played on the low D tuned string, possibly entirely played on it unless I overlooked a wayward note, and the riff should take you a minute to learn by heart. There’s a brief change after about 2 minutes where it focuses more on the 7th, 9th and 10th frets before falling back in to the status quo. Your experiences may vary of course, just don’t go in expecting it to be as active as Boys Don’t Cry or Love Song. If anything it’s more akin to Just Like Heaven except I feel the bass in that song is in a more forefront position in the mixing.

For the Love of Guitar

Listen to the original version of Lovely Day. There’s a lot going on in the song; loud bass and drums with some strings in the background, but without knowing how the guitar is played could you actually point it out? Outside of the beginning muted section of course. It’s quite hard, isn’t it? I can hear the mutes played on the guitar but other than that not much else. Maybe I’m guitar deaf but it leads me on to an issue I’ve noticed in a very very small selection of songs in the game, that being some guitar parts just don’t sound all that good when played louder than the original mix in the song and unfortunately this one falls in to that category for me. It’s a shame because this chart is actually pretty fun to play once the unconventional chord shapes start and this song is probably the best practice you’ll get for them (after all, the game is primarily a learning tool), it’s just so easy for it to sounds like a mess when it sits on top of the music. But hey, maybe that’s just my playing. You could always turn down the guitar levels in the mixer.

For the Love of God is the name of the Steve Vai song we’ve been given but it’s also what you’ll be repeatedly saying when you try to play it. It’s an entirely instrumental piece in which Vai plays possibly every guitar technique known to man (and a few unknown), including harmonics, pinch harmonic bends, sweep picking, and general guitar madness. The beginning part of the song isn’t actually too bad to play as it’s mostly bends and slides so you may find being the embodiment of Steve Vai for around 1m30s before reality kicks (in along with the crazy difficulty). If Rocksmith had a star rating this would easily be a Devil rating.

I’ll preface Friday I’m In Love by saying I feel like there are big chunks of potential guitar chart which have been overlooked, especially in the intro. Keep in mind the rhythm chart is entirely chords, there’s definitely some fancy arpeggio work going on underneath the single notes. This possibly might be part of the same guitar that’s charted when the Chorus tone kicks in, I just feel like there may be a lot more I’m hearing that isn’t represented on screen. It may be that a 12-stringed guitar is used and in the process of charting it for a 6-string some of the detail was lost. Putting that to the side for now, I’m so happy we got this song, and it’s another example of an artist who has already received a pack having extra songs put in the game which is always good. The intro is a fairly simple single note affair before moving on to an arpeggio sequence that while looking a bit tricky actually follows some fairly standard finger shapes. I believe it revolves around D, Bm and A with various single notes mixing it up. There’s a short solo near the middle of the song which takes you up the neck but it shouldn’t take too long to get it down. A variation of this solo also plays at the end of the song.

In an effort to get more guitar videos on my channel, I also did Rhythm for the song! Check it out if you appreciate chords.

Did you love the Love pack, or will next weeks Queens of the Stone Age pack be more to your liking? Either way I’m sure we can all give a big thanks to @UbisoftSF for these varied and highly requested artists we’ve had over the last few weeks.

That Steve Vai song reminds me a lot of some of Focus’ work. Yes, they did more than “Hocus Pocus”, although that would make a great (but nigh impossible) addition.

It is true that that one of the reasons I bought Rock Band 3 is for No One Knows. So I don’t know if I will buy the DLC.

No One Knows was a personal treat for me on RB3, easily on of my most played just for that solo.

That Lovely Bass, is lovely indeed. Loved it!

This review almost reads like an article from Encyclopedia Dramatica (minus the casual racism). That said, I really enjoy the in-depth scrutiny of new RS DLC that these reviews provide. Please keep em coming!