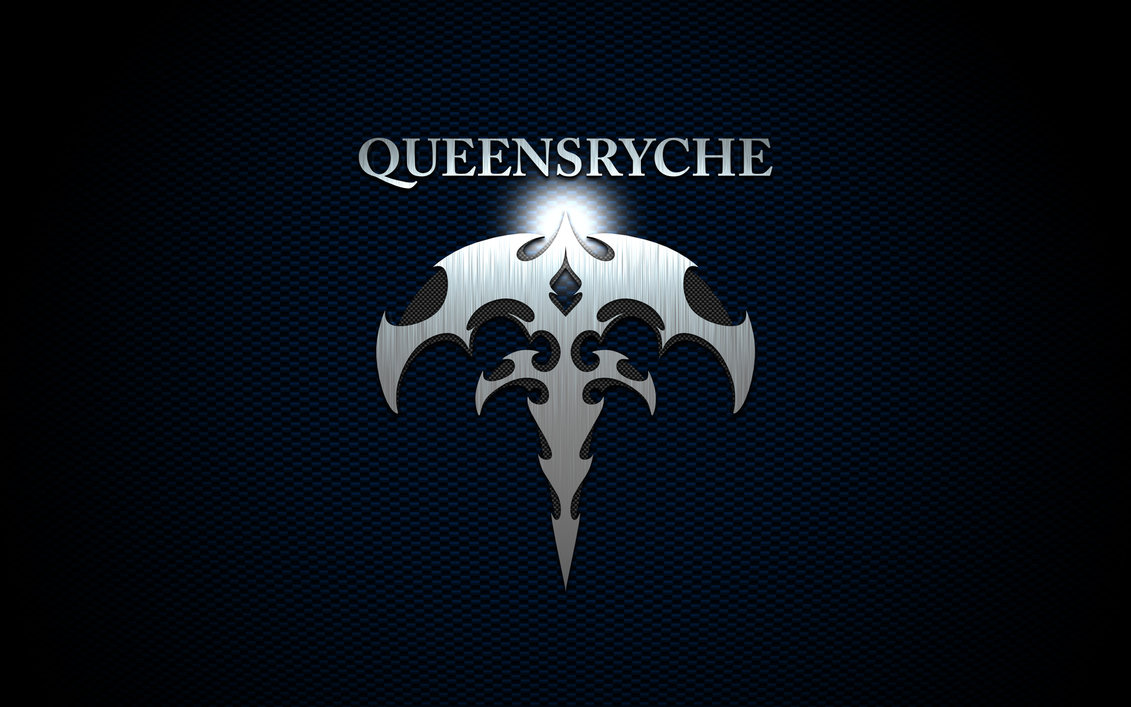 This week’s Rocksmith 2014 DLC is quite regal indeed as it features bands with Queen, King, and Sir in both the artist and song names. Also, 4/5 songs are new artists to the ever growing Rocksmith DLC library!

The iconic bass line of Another One Bites the Dust finally hits Rocksmith, bringing our total Queen content to eight songs! The weekly requested, Queensrÿche makes it’s dreamy debut with the proggy ballad of Silent Lucidity. Stevie Wonder brings the funk with Sir Duke (prepare for bass awesomeness) The Subways bring the raw sound of Rock & Roll Queen, and finally the song that has that really really long sustained note, it’s @TheToadies with Possum Kingdom!

Is this the royal variety you were hoping for? Or are you holding out for next week’s mystery DLC? Let us know!

Sir Duke is awesome! Need more soul/funk for bass players. Really itching to get my hands on some Mayfield.

Try to play better than him (or me, don’t know if you’re taliking about Elison or me).

I expected that was the case. Phew. Haha

I only play bass and enjoyed this pack tremendously especially since primus wasn’t my cup of tea. I wish there was a “basssmith” out there so I could get some funk. Sorry to any salty guitarists out there but I think we bassists spend enough time in the back seat so if a few times a year the electric bass is highlighted in a dlc pack that’s just to bad.

some big names but an underwhelming pack of songs imo

reaching for my wallet you mean and taking all my monies

Sir Duke is great on the bass, i haven’t checked the guitar track yet, and Another one bites the dust is great fun on bass -- if you like the song. It’s dead easy though, I got 99.6% on my first run having never played it before. The others aren’t for me.

When will skillet,Five Finger deathpunch,Tool and Korn be available for download onto Rocksmith 2014?

Really? This has to be repeated? Oh well, here goes…

Jet city woman would have been a way better song to put on this pack.. Lead bass and rhythm all rock in that song..

Another One Bites the Dust: Dat Bass. Also the guitar is pretty funky too.
Sir Duke: Look at that guitar speed. Also Dat Bass (Now we need Superstition)
Silent Lucidity: I’m not a big Queensrÿche fan but i can say there are better songs to choose from, meh ok.
Possum Kingdom: This song is pretty good, i really like the guitar.
Rock and Roll Queen: Oh my f***** god this song is terrible. The Lead is so boring it should have just had been called rhythm. Bass is very meh.

Ubisoft finally did it, they put in a song that pisses me off. Thanks Rock and Roll Queen!
Great pack though.

To be fair, the Subways lead guitarist is also their lead singer. You can’t expect him to play a difficult guitar piece while also singing those incredibly complex lyrics.

I know sarcasm doesn’t translate well on the Internet, so yeah. I had never heard this song before this weekend and my first thought was that the lyrics may have been written by my two year old nephew.

What a boring pack. Who’s requesting The Subways? Sir Duke and Another One Bites The Dust are barely guitar songs. There’s a lot of Queenryche songs I would have bought, but not Silent Lucidity. Toadies is acceptable, but still bland compared to many other songs I’d like to buy first. Can’t remember the last time I skipped an entire mix pack.

I can see how people can like all these songs. Honestly, I’ve always liked Sir Duke, and Possum Kingdom. But personally, I’ve never listened to any of these songs and thought to myself, “boy I’d love to learn how to play that!”

Have to kind of agree with you. Hoping this singles pack is just a test of the RS waters for these bands. So many other Queensryche and Toadies songs are ripe for DLC.

Possible Queensryche pack in the future:
Jet City Woman (Obviously, it was in WoR)
Speak (Really epic riff, takes some good skill)
Eyes of a Stranger (Can’t say no to more Mindcrime)
Empire (I honestly put this song over Op. Mindcrime, forgive me! Unpopular opinion)
The Mission (Easily can be considered their best song by far)

Comment if you think this pack is a longshot, or actually quite possible, and what you would change or add!

The Other Steve
Reply to  Myles

I would buy this in a second. Not sure it has broad appeal though… not like the Subways. 🙂

Yoggers
Reply to  The Other Steve

It appeals to me. I’d buy that pack over anything else with the Subways.

I plan to go request these. I would also buy this immediately.

I’ll happily wipe the dust off my old bass guitar for The Subways.
The last song I bought for bass was ace of spades!

Hope you got a chance to see the chart before you bought it. Pretty boring for both bass and guitar. At least it’s hard on the ears.

How can someone complain about those sweet bass lines? If this is “basssmith”, then bring on more basssmith!

(By the way,it was never “guitarsmith”)

For me , i may bé wrong but i doubt
I know theres drums and singing but i wouldve write à story if

Huhhh???
Maxime, Are you saying that Guitar couldn’t also be R n B or Funk? Hopefully, you’re not saying Bass doesn’t belong in Rock. I’m just very perplexed by your equations. They don’t add up correctly.

The rock equation is 3 pints of guitar , 2 pints of drums , one pint of bass and a drunk singer

Good call on that Eddie Hazel and Mike Hampton. Glad to see someone recognize. Could also throw in Jimmy Nolen (played on James Brown’s hits).

And both instruments are all over Jazz: George Benson, Lee Ritenour….(I can’t spell his name) and Nathan East.

And here’s why I keep requesting HipHop songs--Mike Elizondo on Bass.

Blah I guess I’ll buy rock & roll Queen even though it’s only the same 3 chords throughout the whole song cause i do love the song.

When did this game turn into bassmith? I’m happy for bass players this week but for guitar this pack looks like garbage, I mean, no queen of the reich at least? For guitar it looks like we get possum kingdom as the funnest one one to play and that says something about this pack.

Oh do shut the fuck up. As a guy who plays both the only other pack I can think of where Bass could be classed as the lead instrument is the recent Primus one, so 2 out of nearly 2 years of DLC and you start pissing your pants. If they ever get the rights to Royal Blood you will probably have a brain hemorrhage.

I’m an electric guitarist. The game is called Rocksmith.. it’s a guitar centric game. Bass guitar is a guitar. As long as the songs have both guitar and bass I don’t see what you’re complaining about. Guitarists don’t deserve special treatment just cause we were here first.

Kenny (A Different One)
Reply to  jacksonplayer

Yeah, I don’t get where you’re coming from. I checked, and the game is still called Rocksmith, so I have no idea why you’re calling it “Bassmith”. Why are you complaining? Is it because you don’t like the song selection this week? Do you feel Rocksmith is to cater to your personal taste every week? I’m sorry, but you really come off as an entitled ass with that comment.

I can’t help you if you’re only looking for one, myopic idea of “fun”, which is subjective. To me, fun is learning new stuff. Most guitarists are in bands and are not solo acts. I think songs where the guitarists sit lower in the mix and play some rhythm fills are welcome and introduce different band dynamics.

I really value Ubisoft SF’s bringing Stevie Wonder and other non-classic rock genres to Rocksmith because they are so often overlooked and not professionally tabbed out in Guitar Pro and the like. Plus, playing them in Rocksmith is great for learning the correct rhythm. I’ll be jamming to these for sure.

While I understand where you are coming from Jacksonplayer by the same token it makes me thinking you a wanting to play a game not be a musician. A true musician takes in all music and on some level appreciates what it gives back to the art as a whole. I don’t like Rap, Most Classical or New wave, but by the same token I appreciate them for what they are. Music. Someone might have spent blood sweat and tears to make some of those songs

So we have gotten quite a few more bass songs this year but after how many years of guitar heavy songs? Expand as a musician and learn how to plays those songs too that way if your ever in a position where a bass player is needed for a song or two you can handle that as well.

How exactly do you come to the conclusion that this is now Basssmith?

For every one Sir Duke, for every Geddy Lee, Steve Harris, Donald Duck Dunn, Rocksmith has 5 times as many or more Jimi Hendrix, Steve Vai, Joe Satriani, and tons of other awesome guitarists and their music. Even awesome bands with awesome bass like Iron Maiden, Rush, Allman Brothers, and Steely Dan have awesome guitars.

I’ll buy that for a dollar!

Looks like a nice mix, not sure if I’ll pick up the entire pack -- will wait to see the videos.