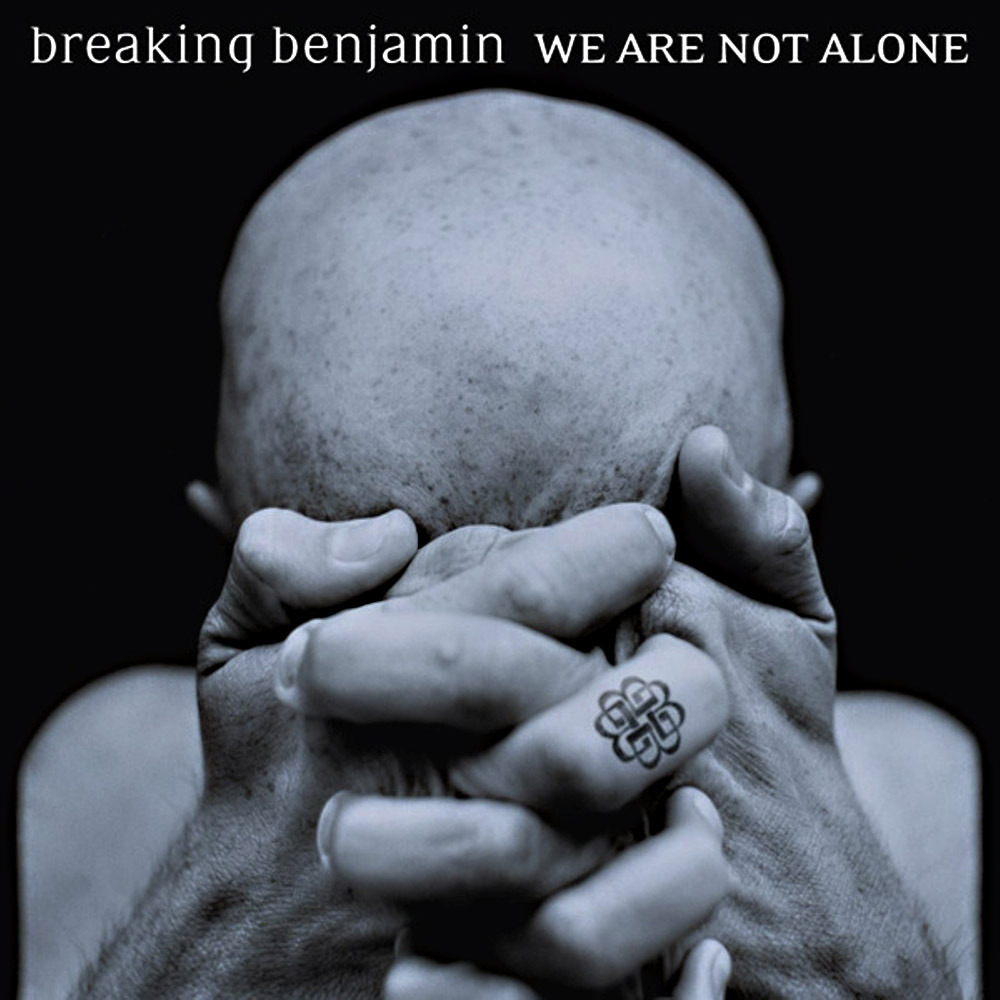 This week’s DLC is a three pack from arguably metal band, Breaking Benjamin!

The speculation was definitely right as many people noted the fan favourite Diary Of Jane would not be included due to it’s low tuning. However, our speculation was correct as we predicted Blow Me Away would be in!

Joining the above is Polyamorous off their 2002 debut album, Saturate. This is actually one of the first known @BreakingBenj songs, neat! Rounding off the pack is the hit single off their 2004 album, We Are Not Alone, So Cold!

All the songs have fun riffs but So Cold is definitely the winner on guitar with it’s short but satisfying lead solo. The real spotlight this week however is on Brendan West, as he has absolutely nailed the tones for these three songs. I’m sure a few will disagree, but with the limited tools at his disposal this pack really shines.

Some varied tunings as well, been awhile since we had a Eb Drop Db tuning.

Are these Breaking Benjamin songs you are going to enjoy? Or is the tuning restriction getting you down? Let us know!

it officially sucks balls that this is the version that we got stuck with for rocksmith 2014. the original version (halo release) is so much better.

No thanks. Looks like a snoozefest on bass. And mind you, I’m not looking for songs that are difficult, I am looking at the fun to play factor. For example: Rock this Town, Call Me the Breeze, Break on Through, and many others are really fun to play even though on the difficulty scale they are not high up at all. Based on what was shown in the trailer, from a bass perspective, these songs are just not appealing to me.

Kind of surprising, So Cold and Polyamarous look like winners from the full bass chart videos. Are you watching those or the official trailer?

Apparently, the people at Rocksmith think we are all learning guitar while barebacking our sisters with a mouthful of Mountain Dew flavored Skoal. This band is awesome if you love being in jail for domestic violence or wearing Affliction shirts with Nautica jeans and Filas. Target audiences include people who locked themselves in underground vaults to escape the supposed nuclear apocalypse and sailors who got stranded on desert islands and forgot what music was. Thank you, Rocksmith…for undermining our intelligence.

Coming from someone who suffers from making the same bad decisions online, don’t post while drinking. Just don’t do it. An opinion that far on the fringe is of no value to anyone that is sober. The only person you are impressing is yourself. Everyone else just thinks you’re a douche. I can at least admit, I’m working on it. Cheers!

first off enjoying this pack. Im starting to put together a nice library of low tuned songs. As far as the last clue “Something truly new” here’s a shot in the dark. Reggae !!! ” Stir it up ” guitar solo would be sweet.

BlueCharm…asks for the cult…I am glad to remember that I forgot to ask for the cult. Thanks Bluecharm

I wouldn’t mind having more songs in these tunings, but I just can’t get into BB. This probably means no metal DLC for another month or two too. Damn.

I wouldn’t give up hope yet. If really listened to, you can tell they aren’t really metal. Metallic influences from these guys happen every once in a great while, but not enough to put them in the metal category. And we’ve been waiting since the Slayer dlc for a full on metal band to appear. Hopefully we see one soon enough. 🙂

No diary of Jane, no breath… No sale. See ya next week.

Yes Blow me away is included…..(ft. valora) nope. no buy.

this is prob why

Great addition to rocksmith, simple songs with great tones. I love the eerie one in So Cold! Great opportunities to improvise as well! Dont want to buy another pack right now but surpirsingly good pack 🙂

I like this selection. Still plenty of material left for a second pack sometime down the line. “Blow Me Away” is the obvious MVP of the ones selected. I’ve never been a big fan of the Saturate album.

really…? we got the song that ended the band? why would they give us that god awful version with this horrible female singer. she absolutely ruined Blow Me Away.

Zzzzzzzzzzzzz….. Pass…. I’ll just keep on keeping on with the doors!!

Funny, the Doors always put me to sleep, and I’m jumping all over this release.

Wake up
Reply to  Kenny

If the doors put u to sleep you should probably check ur musical pallet brah… One of the great bands of all time..lol

Casey
Reply to  Wake up

Did you know music is subjective and not everyone likes the same stuff?
Now you do 🙂

I like both bands pretty much equally and neither are near the greatest imo.. i give the edge to the doors though

Honestly, I thought that there more popular, more recent stuff would be on the game because I’ve noticed that with “two weeks” by all that remains and a few other songs that they’ve tried using c# standard and even c standard, which is almost equivalent to drop a and drop a#. And bb’s main tuning is drop a# so I figured rocksmith works let there more recent stuff on but I suppose not. These are still great songs though so I’m not complaining xp

Nice to see some BB, my only concern is the drop tuning, playing with light string gauges is a pain for those. Meh, I should really buy another guitar for those drop D/C/EbDb songs, I just have to find a good argument for my wife. ^^

I use gauge-9 strings and have quite happily been able to play Drop D and even E♭ Drop D♭ songs without the strings being too floppy nor the game struggling to pick up the notes, so the likelihood is that you would be fine with those. Have not yet tried D Drop C using that same string gauge but have used D Standard with no problems.

I actually play on 9-42, the Eb tuning is ok, I’ve played Eb songs on 9-42 for years and I’m pretty used to it, the drop on the low E string is often an issue however (I already have a lot of songs and I barely never play those in Drop tunings because of that). I mean, I can play the songs, but it’s often way too floppy to play it accurately and it’s a bit frustrating to hear sometimes.

Anyway, I don’t intend to whine about the tunings, my point was that I might think a bit before buying this pack because of that, but I definitely appreciate there’s a Breaking Benjamin pack. (and I might also take it just for the tone) ^^

I bet they’re saving the good stuff for later.

Delete me the fuck out of here, my homies!

I’m swearing off technology and returning to the hills to learn bluegrass. Goodbye and thanks.

I wonder what that stupid tattoo is supposed to be. A lucky swastika? The target market is obviously douche bags so fuck this noise

cold sounds decent now im worried that i will start listening to this while gazing at freeways full of traffic. I want real suicide music Staind. Does anyone think we have any chance of getting with tunings?

Look at this perfectly diagonal stream of comments.

I’m assuming diary of Jane and failure were left off cause of the drop b tuning. Either way easy buy for me.

Woooow…I might’ve been a lil quick on the draw with the hate in the speculation comments. I was for sure we were going to get diary of Jane and failure. I still hate BB but at least these songs are decent.

Happy they included the only song of theirs I would’ve gotten.

I love Breaking Benjamin and three songs is not enough for me but… VERY EASY BUY! Waiting for his sale in Europe, someone knows the hour?

It’s on both the Xbox One and Xbox 360 stores now. As for the low tunings situation, it’s more a technical issue with Rocksmith 2014 where lower tunings have poor note detection, 2 perfect examples of this being prominent are “3’s and 7’s” and “No One Knows” by Queens of the Stone Age which are both C Standard tuning.

Detection fails just above B. Hardware limitation. C is the stopping point for quality.

they say that, yet my guitars and basses in E Standard all have a harder time registering than my Guitars and Basses tuned to Drop C. those always register properly. plus, if that really was the case, then explain why my 6 string bass (low string tuned to a) always registers. i use it frequently and screw with the game constantly. i do things like play that low a instead of the normal a for example. always registers. not one miss, ever.

I strongly believe its not a software issue but a “it may not sell well” issue since at that point, you need dedicated and proper gear. you can’t get away with tuning from E Standard down to Drop B no matter what you do, but you MIGHT just get away with D Standard/Drop C if you like playing in E Standard with 11s for example. For the low tunings, you need a guitar that can handle it, has proper strings, and has been set up immaculately well (as even being slightly off on intonation at those low tunings causes huge changes in pitch)

in short, i feel like they aren’t giving us this due to “well the average consumer can’t and wont get dedicated gear so we wont sell many of those packs” but the ones who would be buying this anyway already have this gear. i know i’m not the only one who has dedicated drop c gear, which can easily go lower (I can handle as low as Drop A with mine). are you listening Ubisoft? Give us the low tunings we want. I can confirm with my own gear through my PS4 that it works, and works well.

I was hoping against hope for “Breath” but this is still a fun-looking pack! Easy buy.

Unfortunately “Breath” uses Drop B♭ tuning, which is currently too low for Rocksmith 2014 given that people have been struggling to get C Standard to register properly.

people are struggling because their gear isn’t set up correctly. i’m a music store owner so I have lots of properly set up gear including 7 string guitars and 6 string basses. they all register 100% of the time. I had a 6 string bass with the low string tuned to A. It always registered. I would play E Standard songs with that thing, and use the low a instead of the normal a. it registered every single time. Ubisoft is lying when they say detection doesn’t work (or they dont have properly set up gear either). I have more issues with detection in E Standard than I do at the low side of the spectrum. Too much high end in the pickups seems to screw with it (ie, stock Fender Jaguar Bass has very bright pickups, and it is unusable. my other Jag with aftermarket pickups has no issues whatsoever).

Just came from their show in Columbus which was fantastic. A little disappointed with Blow Me Away, could have been a better option but I’ll take it