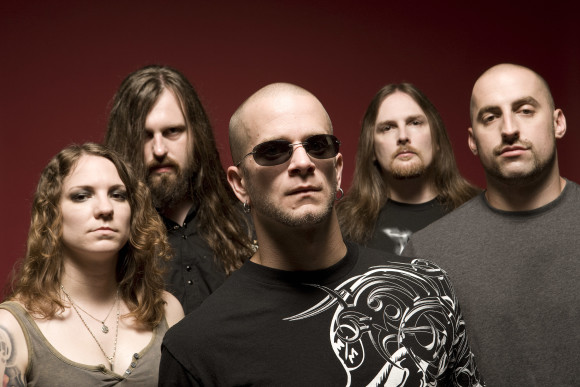 Last week, due to reasons unforeseen, I was unable to publish the Blues Pack review in a timely manner and, on a similar blue note, we all heard news that “The King of the Blues” B.B. King had passed away aged 89. I implore those of you who haven’t yet purchased his only song in the Rocksmith DLC catalogue to check out “The Thrill is Gone” and purchase it straight away. Before I get on to this week’s All That Remains pack I’ll spew my thoughts on all things Blues from the week before. Rather than fill up this article with even more videos, you can go view the charts in this article.

It’s worth mentioning that the timing on Spoonful is a bit off right now, meaning as you get near the end of the song the onscreen notes don’t match when they should appear with the audio. It’s not an awful issue but it’s very noticeable and threw me off my bass groove. It will be fixed, it just isn’t yet.

Over on the bass side of things it’s a really solid pack. It never quite reaches the complexity and variation you’ll see on the guitar charts but I wouldn’t discount them because of that as most of the bass charts have that little bit where the difficulty jumps up before returning to the norm. The majority of Boom Boom is simple but in the middle and at the end there’s this really enjoyable dance on the neck that might take you some time to nail it. Hideaway is sort of in the same vein as Boom Boom although personally I found this chart to be much more enjoyable, and possibly my favourite of the pack on bass. I also really enjoyed Ain’t No Love in the Heart of the City as it started off quite slow before picking up speed and consequently making it a much more funnerific chart for me. Sadly, the same can’t be said for Spoonful’s chart which pretty much sticks to the 2nd frets on the A and D strings and repeats itself so much you could probably play it with your eyes closed after 15 seconds. Thankfully Johnny Winter is here to save us from boredom with Be Careful with a Fool. Maybe I shouldn’t thank him because this song is intense and will give you the bass equivalent of Chandler Bing’s claw. Fun chart but maybe a pass if you have tiny hands and can’t stretch your pinky.

The guitar in this pack is on the whole pretty fiddly, hanging around the “I’m comfortable with guitar” level and occassionally going in to “My fingers can’t possibly do that” territory. Ain’t No Love is primarily chords (some easy, some stretchy) with some broken arpeggios thrown in. A very relaxing song if you can handle it all. Hideaway will really test your ability to switch strings clean and fast because otherwise your playing in this song will sound messy! It does have less complicated sections though so you’re not completely harrassed by notes. Spoonful plays exactly like a professional has picked up a guitar and is just jamming along with a band, and because of this it sounds really great to play – if you can play it that is! Boom Boom is sort of the same in this way, but it’s a shame a bulk of it is the same little riff repeated. When it escapes this riff it’s really quite fun though. But if you want to talk about fun you’d best be mentioning Johnny Winter’s name in there because this song is fun in a completely mental way. I’m almost surprised it made it in to this pack and not in to a pack with his brother Edgar Winter (Free Ride and Frankenstein when?). Not for beginners at all, or possibly anyone who isn’t actually Johnny Winter reincarnated.

ON TO ALL THAT REMAINS!

This (Bass is) Calling

On the whole I’d say this pack is probably what you’d expect from a band of this particular genre – fast strumming basslines that drive the song along. But you may be wrong in thinking it’d be a walk in the park as each song has their own little “quirks” that make them more interesting than your standard constant strum-a-thon. Six has this little riff (53s in the video) which I found so odd to play. Granted it was my first attempt at the song as all my videos generally are but there was something about the strumming pattern I (incorrectly?) used which really made me stop and concentrate on what I was trying to do. Around the middle of the song the bass becomes a lot calmer and I found this section to be the most enjoyable part to play.

This Calling also quite surprised me in how much I enjoyed playing it. The riff during the chorus (the bit where you can actually hear the words being sung) felt satisfying to play. A very solid bass offering in what could have been a simple run-of-the-mill chart. Talking of those sorts of charts though, perhaps you could argue Two Weeks is one of them. A lot of strumming will be done as you play 839 notes, some fast and some sustained. I feel this song would probably tickle the fancy of ATR fans and those who just want a bass song to strum madly along with.

You’re gonna need a lot of extra points in your Guitar skill stat to play some parts of these songs! In Six alone you’ll be playing octaves, octave slides, tremolos all the way up the neck, mutes, harmonics, and more, and all this culminates in a short but very fast solo. If you’re up for the challenge you should have a blast playing this one. If you were wondering, the arpeggio sequence near the middle of the song is on the Rhythm chart, not Lead.

I hope you oiled your pinky finger hinge as you’ll be needing it to play This Calling. Some of the chords there will really test how far you can test your hands stretchiness. Even if you can overcome this you’ll still have to endure the solo which is no walk in the park (not the park I mentioned earlier, this one has a lake). If your pinky ain’t playing the game you best hope your string switching abilities are up to snuff if you intend on playing Two Weeks and having it sound like an actual song rather than two cats fighting inside a trash can.

Go buy The Thrill is Gone.

How did Spoonfull get through testing? It is so bad.

I won’t pretend to know how the systems work over at UbiSF but I imagine it’s one of those silly mistakes that happen in the world of technology. They’ve had a pretty good track record though, only other song that comes to mind with an issue was Mississippi Queen’s being pitch shifted. I hope it gets fixed soon cause for now I’d say don’t buy it if you’re cherry picking singles.

Opposing opinion: buy it anyway because the mistake (on lead guitar at least) isn’t drastic enough to ruin my enjoyment of the song. Probably my most played track of the week.

Yeah I didn’t notice on Lead and I’m loving the song. I read somewhere the bug would be fixed as well…

Spoonful was built a little at a time and unfortunately shipped with a WIP tempo map. The team is fixing it and a redownload of the fresh file will fix it. I’ll give a shout when that fix is ready for download.

Thanks for the inside info Dan.

Cheers Dan, I’ll update the article when it’s out

RIP B.B. King, hope you are still playing the blues in heaven. Your legacy will not be forgotten.