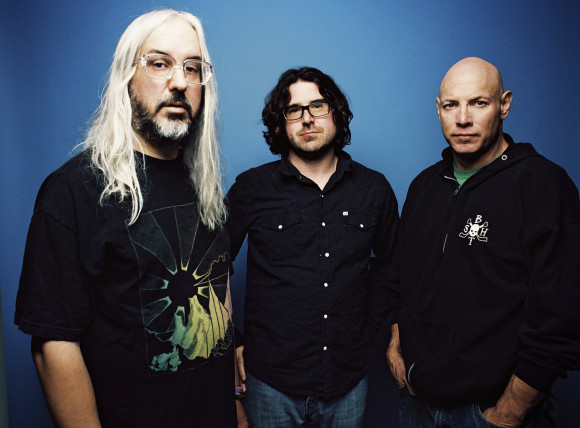 Detest all the rock music we’ve had in the game lately? Wish there was an alternative? An alternative rock pack perhaps? Well look no further than this weeks DLC – a five pack of alternatively rocking songs from Dinosaur Jr, Fuel, Stone Sour, Lit and Yellowcard!

Such an alternative array of songs deserves alternating tunings so pack buyers will be tuning from Eb Standard, to Drop D, to E Standard, and even applying a capo!

The first song revealed from this pack was Yellowcard’s Ocean Avenue so what better place to start than that? Putting my personal gripes with the lyrics aside, I actually quite enjoyed this bass chart enough that I no longer cared the song sounds like something you’d find in a Hilary Duff movie. In tune with the packs theme, it’s an alternating pickers dream that plays almost entirely on the A string, which leads me to this rather annoying point – why on earth is this song played in Drop D? There’s only one D note played in the entire song, and it’s right at the end! If only the band knew it would one day be on Rocksmith, then they might have saved us the trouble of tuning down.

Talking of annoying things, how would you like to play a song where you don’t actually play anything for nearly 2 minutes then after a minute of playing you get to take a rest before it starts again? If that sounds like your thing, Through Glass is right up your weird alley. It’s a shame because I actually quite like the song and the bass chart almost verges on being interesting.

My Own Worst Enemy picks things up a little bit. The easy bits of the song are pretty easy (although I found I sometimes accidentally went sharp on the first fret of the Eb tuned string) but the second half of the chorus has a nice little hammer on bit that slightly goes up the neck which could throw plenty of people off.

I feel Hemorrhage (In My Hands) could be a simple song for a lot of you out there, and possibly an easy 100% after a few tries. It has a lot of sustains and slides in so you’d have plenty of time to figure out where you’re going to play next. It does move around a fair bit at spots though, enough to keep it interesting.

My must-have of the pack is Feel the Pain. It starts off slow, repeating the same 3, 5, 8, 10 sustain/slides on the A string before the tempo goes into overdrives and the bass follows it. This is a bass chart that deserves to be played loud and with more distortion than a house of mirrors at a carnival. Just listen to the isolated bass track. I hope you’ve been doing your finger strengthening exercises too as you’ll be doing plenty of double stops in the fast sections too. Buy it, damn you!

Guitar (In My Hands)

Got your capo ready, it’s time to feel the pain of everyone. Feel the Pain starts off with a very simple arpeggio (minimal movement required) which plays throughout most of the song. The faster sections are where the song really shines though, and it has an awesome 50~ second long solo at the end. There were already several good reasons to own a capo for the game, this surely has to be the last song to convince you stragglers.

Hemmorhage (In My Hands) starts off with a much harder arpeggio than Feel the Pain. Simple chord shapes, just fast moving string switching. The chorus has regular chord shapes you should feel comfortable playing. It also has two…I guess you could call them solos, which are mainly made up of sustained single notes. It was quite nice to play but the solos are toned in such a way that it doesn’t feel quite right playing it clean on your guitar, kind of like the RATM pack.

My Own Worst Enemy is such a bouncy track you’ll probably find it hard not to jump around as you play those opening octave chords (don’t let them ring out, they need to sound short and sharp!) In my view this song is entirely worth it just for the slidey octave section about 2 minutes in to the song. Other than that I’d say it’s a pretty standard affair. Definitely one you could learn quick and put in your “Songs I can play” notepad file. Huh, only I do that!?

I liked Through Glass, but I’m torn on whether I like the rhythm chart or the lead chart better. The rhythm guitar throughout sounds very nice to play and unfortunately the lead chart interrupts it with some harmonics but then it also has some really satisfying single note sections. Maybe it’s worth playing both and coming up with your own mixture of the two? Word of warning, the song is one of the few that has a note on the 24th fret, something not all guitars have!

Again, let’s ignore the lyrics of Ocean Avenue because the guitar work on this song is really fun! It starts off fairly simple, and after the first chorus things really pick up. If anyone doesn’t “feel” this song, I really suggest you give it a go as it may surprise you as it has quite a lot packed in to one chart. Mutes, arpeggios, octaves, fast strumming, fast switching with slides. Hell, it even has some electric violin action at the end!

take off those gloves.

the yellowcard track is a perfect example of a supportive bassline. every note coincides with the drums. no, the song is not hard but the bass and drums really carries the track. also, it’s in drop d because that’s what the guitars are in and yes, only 1 note on bass uses that string but at least it’s not like the linkin park pack where the guitar has songs tuned to drop d and they DON’T use the string at all. it’s just for consistency.

overall the pack was better than i was expecting. looking forward to dethklok this week!

They’re not gloves, I just have very black and fabricy hands. Now it’s getting warmer in my neck of the woods I’m gonna shave them off.

I totally get what you mean about Ocean Avenue carrying the track with bass and drums. It also just made me laugh thinking “Okay there’ll be a red note…sometime…” only to have it be the very last note.