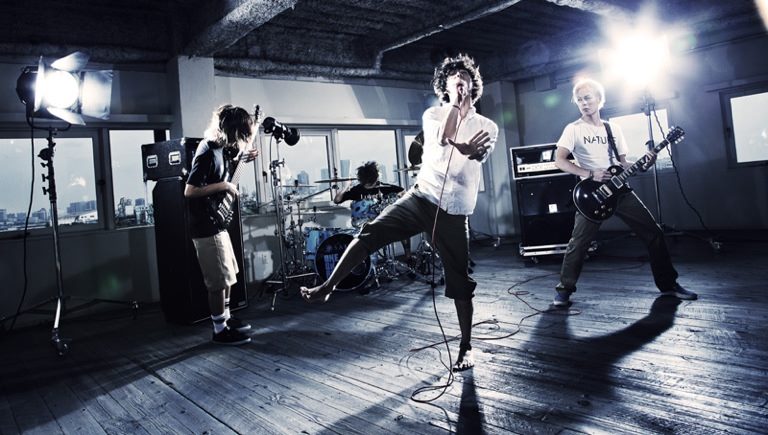 Today’s Japanese Singles are a track from Kazuyoshi Saito and two tracks from ONE OK ROCK!

An acoustic guitar that his mother bought for him in the 6th grade changed his life. In intermediate / high school, Kazuyoshi was a guitarist in a band. Having been influenced by his senior schoolmate, he started to write songs in college and moved to Tokyo at the age of 21. He continued to build his experience as a musician and made his major label debut in 1993. His well-known works include: ‘Aruite Kaero’, ‘Utautai no Ballad’ and others. Kazuyoshi performed at the famous Budokan in both 1999 and 2004.

I checked his Wikipedia and he has 17 Original albums. The song included reminds me a bit of The Edge’s guitar playing for the lead. So if you are into that, check it out.

ONE OK ROCK is a Japanese Rock band formed in the summer of 2005. It was started by Toru with High School friends Alex and Ryota after each of them got their musical instruments. After that, Taka joined as their vocalist and they focused on performing shows in the Tokyo area.

The band’s name, One Ok Rock, came from “one o’clock,” the time that the band used to practice on weekends. However, noticing that the Japanese language made no distinction between r’s and l’s, they changed “o’clock” to “o’crock” (or “o’krock”) which then was separated to become “ok rock”.

NO SCARED may be the first Post-Hardcore song we have received as DLC, so if you are a fan of that type of music you will probably enjoy it. I don’t want to draw direct comparisons but my limited appreciation for the genre leads me to say they are reminiscent of early alexisonfire (don’t hurt me).

Liar seems more like a nu-metal type song. Overall I think they are a good pick for Rocksmith 2014.

Are you grabbing these songs? Let us know.

Elliott, is there anyway you can widen the PC view for this page just a little bit so the full screen option is clickable for the bass songs?

That said, not sure if I am getting them. They seem interesting (ONE OK ROCK seems like a cool band), but I might check them out later on a week where I don’t like the DLC.

One J Rock band I do like a lot is Jinn. Hoping to see them come to rocksmith eventually.

Elliott, is there anyway you can widen the PC view for this page just a little bit so the full screen option is clickable for the bass songs?

Thanks man. Keep up the good work.

Awesome job man thanks. In other news I think that the next DLC is Disturbed (you probably know this already though).

One Ok Rock also did music for the reboot of Devil May Cry.

One ok rock really rocks 😈
Glad that still 2 songs got released this week that will burn between my fingers!
The who pack is not my business … I like it hard and loud