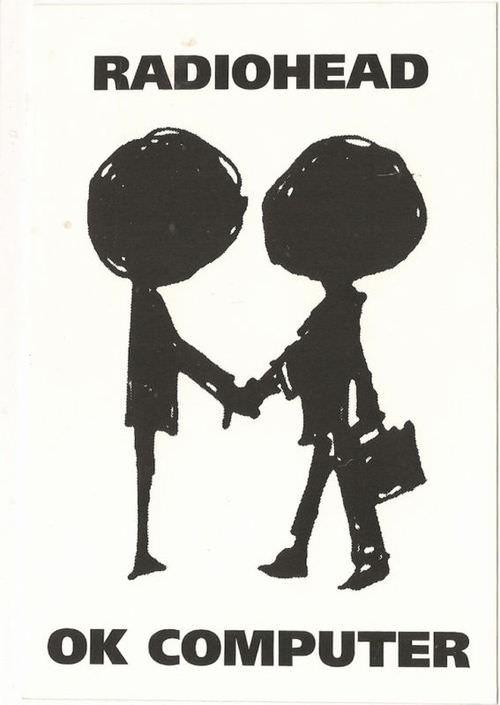 I almost had a fit when Rocksmith tweeted this today:

Due to US Thanksgiving, our next DLC will release on Steam this Friday & Xbox/PS3 next Tuesday. Are you ready? pic.twitter.com/JDZbOvQzmJ

The near notion of having three Radiohead songs available in one game (High and Dry, Paranoid Android, and Bodysnatchers) is ridiculous enough and now they are going to give me MORE?

Do you want to hear the songs I want in this pack? Well thanks for asking!

Ok… I lied, I don’t actually really care if we get Creep but I think it’s a given.

One of my favourite songs from Kid A and a great lead from Jonny Greenwood that I would love to see illustrated as coloured rectangles.

You’ve seen this music video before right? Well the end solo I feel is one of the best things ever, this song would be a blast.

People keep asking for “Campire Songs” to play on their acoustic right? Well here you go!

So there’s me gushing all over my 3rd favourite band, what songs would you like to see? Do you hate Radiohead and think the title is offensive? Post your thoughts below!

We’ll have the full list of songs by tomorrow when Steam updates!

@TheRiffRepeater @radiohead Nice work… 4/5 😉 and it's our pleasure!

I would really love to get some Red Hot Chili Peppers. That would be the best of both worlds for both guitar and bass players. And they are a great band period.

We got non on-disc DLC 2 weeks ago with Hotei.

Meh.. Would gladly give up a lung for tool dlc though.

That’s just the author’s bias. I think Radiohead is good though. But I think they’re waiting to release non on-disc DLC for a while!

I will get creep its nice . But my band genre i would dream to have in rocksmith is death metal melodic or metalcore. A great pack of brutal metalcore with headbang. Metalsmith come back to me. 😈 but for now iron maiden ,green day , alice in chains pack is very good, more than the firdt rocksmith.

I like Radiohead’s early stuff. As long as we can keep away from their boring, whiny new crap, I’ll be happy.

I really hope Just is part of the pack.

Wow, is Paul saying you picked four out of five songs correctly? 😯

I’m pretty confident that Creep and Karma Police are in there, so which one did you miss? I’ll guess we get Fake Plastic Trees instead of There, There…but my preference would be Lucky, which is possibly the Radiohead song I most want to learn other than PA.

My guess is How to disappear completely instead of optimistic but I hope they are both there.

I think I figured out the missing song.

“Talk Show Host” from the Romeo & Juliet soundtrack has the following lyrics:

Your choices are solid. I would love to have anything and everything from OK Computer (well, except “Fitter Happier”). If limited to one song per album, my five would be:

But I think we’re more likely to get:
-Creep
-Fake Plastic Trees
-My Iron Lung
-Karma Police
-No Surprises

Which would be fine.

Who are your 2 other favorite groups, Elliott?

Any inside scoop on Tool DLC conversations with either game? RATM would be nice to hear about too…

pfft I wish (on both counts)

Elliott get us some Tool on Rocksmith pronto! And while you are at it, get it on spotify for me too please 🙂

I’ll get right on that!

my iron lung,creep and karma police

I don’t care what other songs they put in the pack, as long as “Just” is one of them I’ll be happy.

Would like to see Fake Plastic Trees in there, Creep and Karma Police too. Not a huge fan of Radiohead. I really, REALLY love the 7 or so songs of theirs that I do dig, but the rest of their discography just doesn’t exist for me. But man those songs I do like are really great.

Knew they would get a pack at some point…didn’t expect it this soon!

My body is ready and my theory is on reddit!

It isn’t the greatest DLC of all time for me, unfortunately. I utterly despise Radiohead with an intense fury. I don’t find the title offensive, I just disagree with it.

Who the hell dislikes Radiohead?

I do 😀 For the same reasons I dislike Floyd.

Their music is way to floatie for me. My ear just won’t like it.

i cant stand a single song by radiohead. its the same whiny crap over and over. by no means is the the greatest release of all time. the a7x pack was way better. since the release of 2014, iron maiden is the best release. my opinion (and alot of other peoples) anyhow.

Scott Tenorman would be pleased.

i dont think eric had anything against radiohead, just scott.

Another reason to live! Thank you!