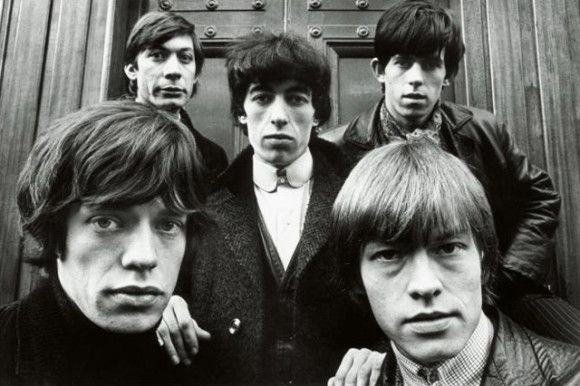 IGN have released an article showing off gameplay in Rocksmith 2014. We get to see our first gameplay video, showcasing Weezer’s “Say It Ain’t So”, and we get to see tone-switching in action as well as what appears to be bend-chords.

The next video we see is entitled “The Top 5 Improvements in Rocksmith 2014”. From this we find out about adjustable dynamic difficulty, great for those of you who already know how to play guitar! You can also see what notes are going to be added as you adjust the difficulty. Another feature we find out about is finger positions for chords, meaning that it will tell you what finger you should be using, and where you should be using it, when playing a chord. Rocksmith 2014 will also feature a Dynamic Master Mode, meaning that if you continue to ace a section, the game will gradually fade the notes away for that section and grant you a big score boost. Probably the best feature unveiled in this video is an improved menu layout and reduced load times. I don’t know about you, but the awkward interface and long load times were a massive negative for me in the otherwise stellar Rocksmith, so to hear they’ve been improved is a major plus! The final feature shown in the video is Session Mode. This was already shown off at E3, but in case you don’t remember, it’s essentially a way to jam with a computer generated backing band in a style of your choosing that will adapt to your play style.

The third video shows off a new Guitarcade game entitled Star Chords. It’s essentially Dawn of the Chordead, but replacing the zombies with spaceships and a back alley with space.

The next video showcases gameplay of Slayer’s “War Ensemble”. The video is just a casual reminder that Slayer songs are fast, and odds are you’ll break your E-string with all that strumming.

The final video gives us a look at Session Mode, with the Blues setting. It’s not a particularly long or informative video, but it’s neat to see how the dynamic backing band adapts to the guitar playing!

Finally, we get to see the setlist so far, but with 9 new unannounced songs! The new songs are:

You should definitely check out the article here!

im a guitarist of 11 years and im impressed with the whole band aspects of bandfuse. 😎

Ooh, good Kiss song and a great Rolling Stones choice! One of my favourite Stones songs.

Are we going to be able to create our own setlists in RS 2014?

I wouldn’t doubt it

@th1rtyf0ur @Rocksmithgame we never force you to play songs in alt tunings, and in nonstop play you can choose your artist 🙂

Am I the only one in this universe that is dying to play or at least see “cemetary gates”? Reasons- one: great song, two: great choice because of Rocksmith tone switching, it’ll have to go from acoustic to distorted to high gain and back and forth, three: all the advanced techniques added with the bends, pre-bends pinch harmonics, etc, and four: I haven’t seen one good tab for this song probably because of its difficulty and different arrangements… so kudos rocksmith 2014.

judging from uplay at the main menu, will there be uplay actions? and more importantly, rewards?

Yes, that’s been confirmed by both Paul and Nao on twitter.

So when is rocksmith 2014 gonna show at gamescom??

I hope the notes can still be reverse of what’s shown on the videos?!
(I.e. Low E-string at the top of the note board…dropping down EADGBE)

Yup, that is still a feature. Check out the Slayer video and the Iron Maiden video

Absolutely my point fella, the layout in these videos are reversed to the standard on Rocksmith (mk1). Just hope the developers keep the original (non tab style) setting on Rocksmith as it makes better sense for this type of note reading.

Gonna be very interesting to see which is more successful for learning songs straight from a console… Rocksmith ‘arcade style’ or Bandfuse ‘Scrolling Tab’. My bets are on Rocksmith for the pick up n play experience.

the Weezer video is in non-inverted view…

Good to see a lot of variety.

Toy could you use that twitter thingy to ask what “Gone Wailin'” is?

It’s shown as a mission in the 5 Improvement video around 2:03.

Is it a bird. Is it a plane? Or is it the missing tenth song or a guitarcade game?

The 10th song they are referring to is Wasteland. IGN was making the claim of 10 new songs… maybe approved by the editors before the song was announced by RS on Facebook. Here’s another “news post” by IGN where they bold the new additions… Wasteland is one of those.

Ah thanks, alas could you still ask for what it is?

It appears to be a technique challenge or lesson associated with the song. Probably for pinch harmonics.

No official word on this, just the consensus on the forums.

Im pretty sure im seeing some power chord mutes in there, too. If you watch the trooper there are dark x’s in the middle of the chords

I gotta say, the members of Rolling Stones sure are ugly! Although they probably have been fed a tsunami of …

Awesoooome! 9 new songs and only one of ’em were metal! Just kidding, the game looks great apart from the speakers, and I were just overly convinced of buying this!

Yeah The Rolling Stones and The Who!!

But if you play Knockin’ on Heaven’s Door with chords, do you see the strum pattern? Like up/down strokes?

I’m not too keen on the UI tweaks, but it’s nothing I can’t get over/learn to love. Super excited to learn more about the new Guitarcade games

does anyone else not like how the notechart looks? maybe its cause its on a video, but, i kinda wish they kept it the same as RS1, just adding in the new features, like chord slides and such

Wow makes me wonder whats instore for us on the dlc front!

I was already sold. Anything else is gravy. Paul and Nao and the rest crushed this.

I was on the fence about it, but now I think I’m gonna have to pick this one up…

Just kidding! I was always gonna get it, now maybe I’ll get it even more. I’ll buy an extra copy to stick under my pillow, tuck it in all nice and tight.

I got my answer from paul cross and yes it can still be set to automatic!!

This game is going to be epic!!! With weekly dlc, the song library will be crazy!!!

The Who is going to be tough on the bass!

Can’t wait for the Kiss and Who DLC packs!

I hope you can still put difficulty on automatic!! I liked to see the improvement as I was playing!!!!

The rest is awesome!