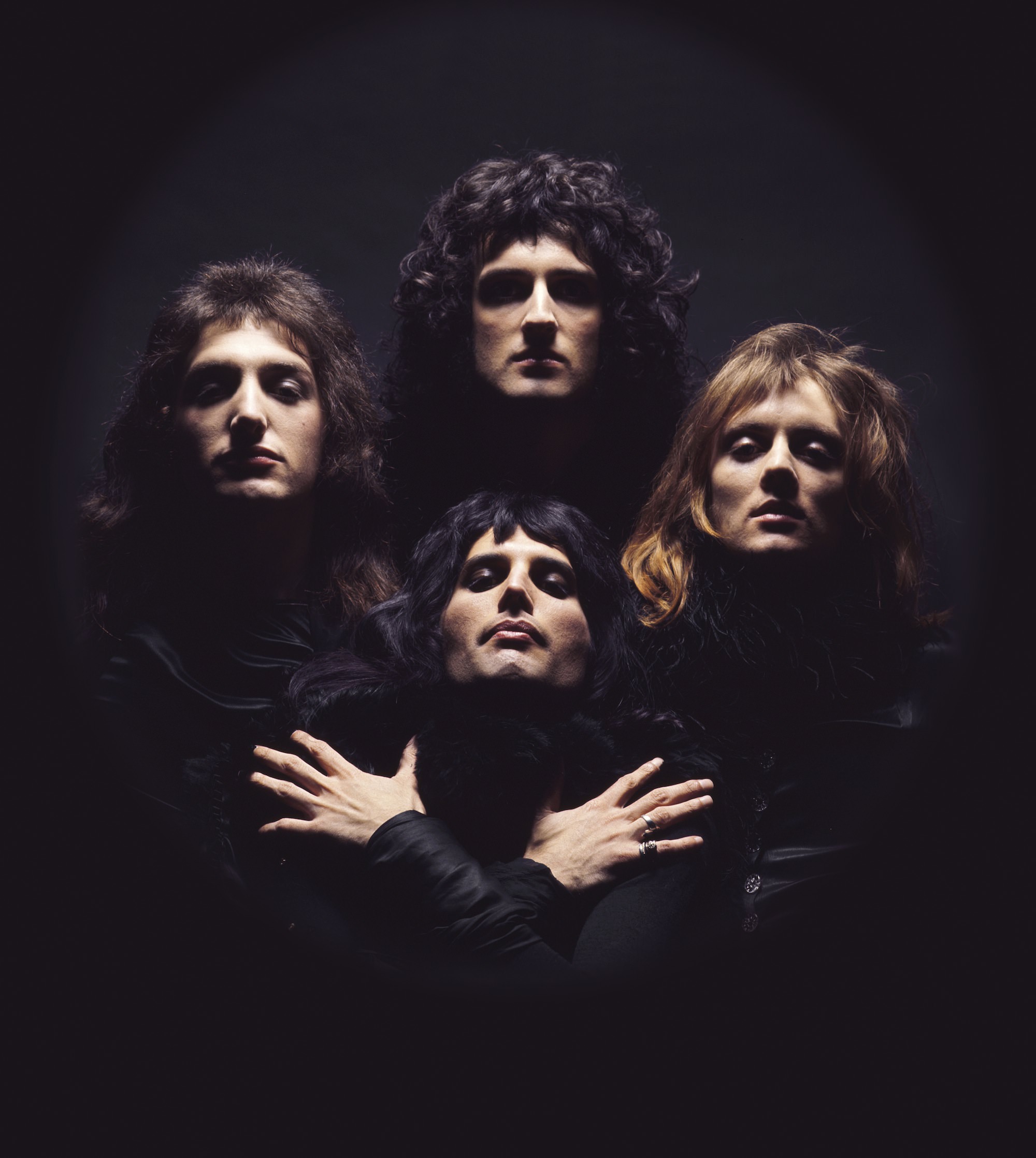 E3 2012 is over and we’re ready to get back on the Rocksmith DLC train!

I hope your wallets are prepared because we’re getting five songs this week from the legendary classic rock band, QUEEN!

Featured in the pack are all the hits you’d expect: Bohemian Rhapsody, Stone Cold Crazy, Keep Yourself Alive, Fat Bottomed Girls, and Killer Queen. The first 4 songs were revealed by our friend @kylegaddo at The Gaming Vault and the fifth song was later confirmed by a British person.

Let’s hope that getting more than three songs a week isn’t an isolated incident as we venture into the end cycle of Rocksmith’s initial DLC.

Are you excited to try to play Brian May’s timeless riffs and licks? Or are you still waiting for a band with a number in their name? Let us know!

These queen songs are good but not much guitar at all in some of the songs.

makes me think thats they funna do a piano dlc for most of bohemian rhapsody !idea!but they'll just $%&# it up .. me have crash

I just found out on tat fake ubisoft bug forum tat, alot of freakin ps3 users is having issues with rocksmith. Once it reaches the high levels like super elite or rocksmith lvl a lot of freezing occurs. Dlc's make it worse ..so in conclusion sumthing is awful and they know it but dnt address it ..it involves a evil plan of mind control …making ppl act like dick's and dooches ..address this Elliott . maybe "they'll" reason with you. by the way just found out the queen gay is gay…really queen gay? lol king to queen.. they choose queen? drag queen.. chemical romance is on the same page…gay 4 the gays …true

Tommy
Reply to  fix the "bathsa

i said guitar hero is for kids. I'm an old man, I'd know. Also, brush up on your knowledge? that's not how the term "brush up" is used. Nobody wants to hear what you have to say; if the point of taking is to communicate an idea, and nobody wants to listen to you, why are you talking?

um no, to me it isnt a kids game, and Rocksmith is a learning tool not a game therefor not fun, like I said if I want to learn a real Guitar I will learn it myself without the help of the game but apparently you need the help. Guitar Hero has great music, the history of guitar hero games had great music all of them, and the fact that playing your favorite song in a game is all the worthwhile. but you seem to have trouble differentiating a game to a learning tool, because you probably had no childhood.

Besides it's thanks to Guitar Hero for introducing me to great music because at the time before guitar hero didn't even come out, I never listened to music, the first time I listened to music was because of this game, it's also thanks to Guitar Hero that made want to pick up a real guitar and learn. Not only Guitar Hero introduced me to new artists but it did the same for this generation and now majority of kids I talked to already know who Kiss, Gun's N Roses, ZZtop, The Eagles, Bon Jovi, The Scorpions and I could go on and on. I much prefer kids playing video games that actually teaches values of REAL MUSIC than the stupid crap this generation listens to such as RAP,Hip Hop and worst of all, Reageton….

Have a nice day

Did you know that Slash actually loves Guitar Hero? and that he plays it everyday? and he is a professional guitarist one of the best guitarist I have ever seen, Geddy Lee the lead singer of RUSH also complimented on Guitar Hero. I guess you would have to call them kids as well….

why do people still care about guitar hero? when theres a game you learn and play with a real guitar.

I feel ur rocksmith pain too

elliott is cool he understands my rocksmith pains.. thats why i'm off with a warning… other wise he'd sends me to hell with his powers.. FIX ROCKSMITH get a locksmith or sumthg

Elliot u gonna take that? I am assuming that his ps3 just crashed again before he went on that rant. Too funny. I got a good chuckle out of that.

Hey would you like to be banned from commenting? Keep it up!

help us rocksmith guys and get this fix.. the issues are there, PS3 version is a mad joke.. every day i lose more songs.. good guessing me..like blur? i used to play it but nw it crashes.. i use to play dont fear the reaper, now it crashes. my venues ,just crash.. certain combos i yet to play : score 000000 because it crashes ..im becoming a cocksmith without venues , just by scratch …but im still number 3 in scales ..one good thing.

My ps3 version became more unplayable with each passing dlc. Finally gave up on it. Make s me think it has something to do with Sony.

you see.. its easy to see now… its sony their after ..like a virus .. once sony opens the door for Cocksmith; THE RUSSIANS, will inflitrate and become SONY due to Cocksmith excessive crashes on PS3 and up yours elliot El-idiot ..

still having system crashes even with new dlc quee .. what's the point? Cocksmith

I play Cocksmith on Expert

Leonardo, communism is an economic philosophy, not just what fox news said obama likes, it's got nothing to do with freedom of speech.I hope they ban you because I don't want to read you crying that a saturated market doesn't have any news. Rocksmith is for actual musicians, guitar hero is for kids, one is the neutral successor to the other.

who said Guitar Hero was for kids? it's for all ages and GH provides great music to listen, music games should stay as music games not teaching tools, if I wanted to learn a real guitar I would do it myself without the help of this game, I know because I OWN A REAL GUITAR moron. And I said communisim because communist don't allow freedom of speech, brush up on your knowledge.

Queen is the epitome of where good rock-n-roll comes from. The absolute best front man ever to grace the stage, Freddy Mercury, could sing anything, and I mean anything! The very first thing I'm doing when I get home from work is buying this pack. Thank you Rocksmith!

You guys should really just rename this website to, TheRocksmithFeed….

because there is no GH news anymore and frankly the series is dead anyway, I don't care for Rocksmith at all and it's not worth coming back to a website who is not even talking about GH anymore it's just not worth it, I don't blame you guys the series is dead so there is not much to talk about….just rename this website already you're not gonna hear any news from GH anymore it is completely dead, E3 didn't show crap Activision cancelled the project for the next Guitar Hero, and that just convinced me, the series is over….

And if I get banned from this website for expressing myself or my comment gets taken down, you guys should consider communisim, just saying….

I think we could come up with a better name than "TheRocksmithFeed" don't you?

We've discussed splitting from the site upon an announcement of Rocksmith 2 and depending on the reception of BandFuse in it's later builds.

I was as disappointed as everyone else that no new Guitar Hero information was released at E3.

Good to see we got at least one song that doesn't have Pro Guitar in RB3.

At this stage, I think I'm going to favor DLC for Rocksmith over Pro Guitar on RB3. The dynamic difficulty for RS is the deciding factor. Trying to go from Medium->Hard->Expert in RB is such a steep curve, especially for a beginner guitar player as myself.

If my wife is interested in a DLC in RB, we'll get just the main song and not the Pro upgrade.

Is the Pro Guitar in RB3 playable with a real guitar? Is it as good as Rocksmith? I never played it, but I've heard it's not as good.

RB3 cannot score with a normal electric guitar like Rocksmith can, but if you attach the MIDI pro adapter, you can view the pro guitar charts and play along with backing instrumentation. RB3 doesn't display some guitar techniques like harmonics, but aside from those limitations, the transcriptions are likely to be more accurate since Harmonix charts by ear listening to master tracks and researching the guitarists' playing.

Rocksmith transcriptions are also done with master tracks and researching the guitarists' playing just so you know.

Im buying this pack the second it hits the market…. literally… it's 11 pm and im waiting until 4-6 am when the songs go live.