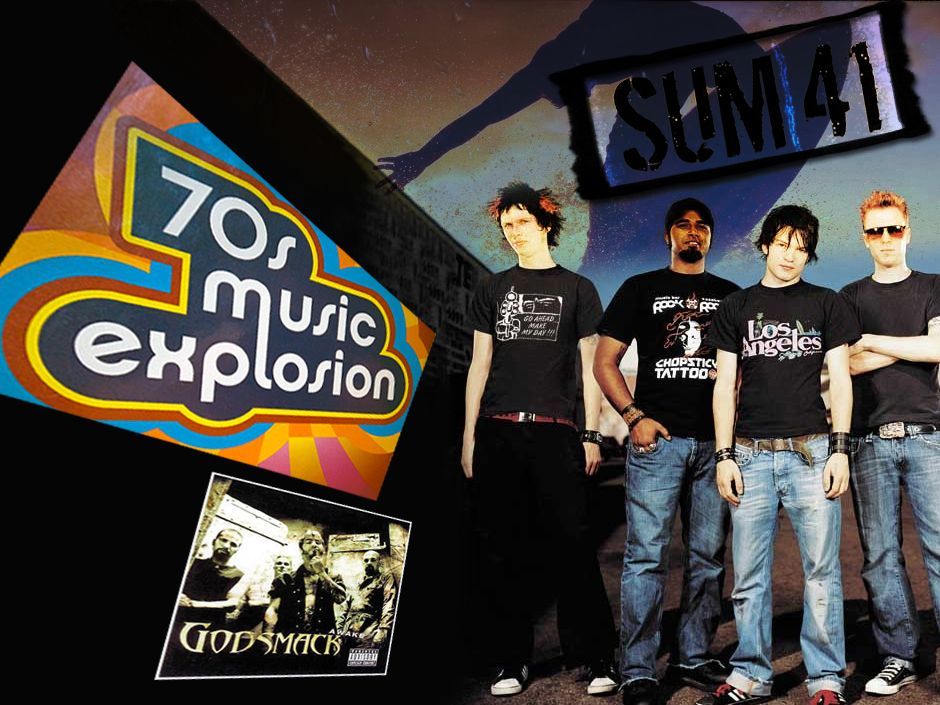 Hello, Rocksmith fans, and welcome to the June edition of the DLC Round-Up!

No love for the frat boy reggae jams it seems!

This month gave us quite a bit of variety with five pack of Canadian pop-punk metal influenced Sum 41, the mixed bag of Classic Hits, the 5 pack of Alternative Metal band Godsmack, and finally the first 2014 era mixed bag pack, Surf Rock!

June wasn’t too bad for bassists as well with the infectious, yet easy to pick up Funk #49, and the hypnotic somber bass line of Godsmack’s Voodoo.

June’s big must have guitar song should no doubt go to Roy Buchanan’s Sweet Dreams.

If that’s not your style I’d also have to recommend Sum 41’s Hell Song and Godsmack’s Awake.

June added some much needed Drop D love to the Rocksmith 2014 library, but overall it was another great month for those that hate anything outside of E Standard!

You're a dumb and ignorant bitch.

Struggling to understand what you are trying to say here…

my dad even laughed at the surf pack so this game needs a makeover now billy talent?? your too old to be a rock and roll star so give up and let us younger people who still have a chance learn some real music thanks and i don't read comments so have fun

Anyway, the best pack ever is Slash. Anastasia best song to play from far !

I only bought the classic pack and the surf pack (what can I say… I’m into classic tunes…) All of them seemed right about my difficulty level -- challenging but not out of reach. But the surf pack is probably the more fun of the two, so far.

And Rush. In spite of already having.. what, 7 songs from Rush, and it being the best-represented band in the game? I want everything from Rush.

Sadly (in my opinion anyways), I believe that Radiohead has more songs at 8 now. I would love to see Rush get more since it is so fun/challenging, but I’d also love to see more and more new bands added.

I agree. I would love some 80s hair bands. Bon Jovi or more Def Leppard. The stuff is a bit cheesy, I admit, but it’s catchy and fun to play.

I’m all for the cheese. 🙂 Their fun to play, guitar-heavy, catchy, and people will recognize it. The 80s stuff wasn’t afraid of a little bit of shred on the solos, too, so there’s some fun technical work.

Sum41, Cake and Surf pack have been a great pleasure to learn and play along with, my wife even liked the noise from the basement. A few more packs like this and maybe I can convince her that a new guitar would make me sound even better 😉

Hah! I had to do the same. While I’m not sure my wife likes hanging out in my office with me while I’m practicing, she’s happy to see me finally gaining proficiency on a musical instrument -- especially one with a volume knob… 🙂

There needs to be another vote selection for those of is that were disappointed and didn’t purchase anything. Though I appreciate their hard work and efforts, just none worth buying for me

Why are you always such a bitch Elliot?

We don’t need an option in the poll that says “I didn’t like anything” get enough of that in the comments.

See, you are capable of making an intelligent response, congratulations

I’d argue that someone else was being a bitch. But I’ll refrain from doing so.

Only got the Sum 41 and Godsmack packs of which I found the Sum 41 pack to be more fun.

Surf Rock was a must for me, so I got the full pack, these are classic songs that I really want to learn… 😀

Yet another solid month.

I would have voted Sum 41…. but then “Walk Don’t Run” was just released, and I have always wanted to learn that song

Gotta say -- surf pack. That Misirlou is so infectious and the rhythm on Wipe Out is just way too hip. Awesome pack!

Have to say the surf pack. But godsmack sound good too, have just bought album. May buy dlc soon.

I liked aint no sunshine and Funk#49, and I love the surf pack. No time for sum41 personally, but I enjoyed most of this months DLC.

Not one song for me.. not quite over the fence over one or two songs so I passed. Maybe the upcoming month has too much I want instead and I’ll cry for my wallet.

I did pick up some old DLC from the Steam Sale though.

Not much for me this month, only the Godsmack pack and James Gang.