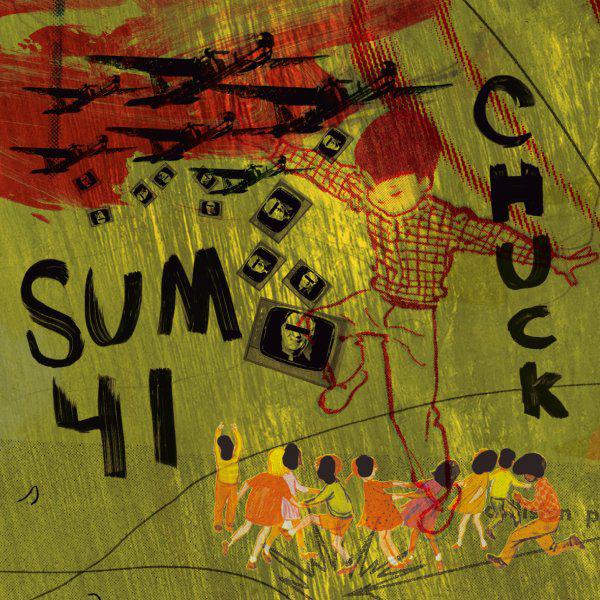 It’s time for the music of my homeland!

This week’s DLC is all about the Canadian Pop-Punk Band, Sum 41!

The pack features two songs brand new to the music game scene We’re All To Blame and The Hell Song. For the more obvious songs fans of Guitar Hero (2005) will definitely remember Fat Lip, if you played LEGO: Rock Band you probably shredded through the short tapping solo of In Too Deep, and to round it all off Still Waiting, which appeared on both Guitar Hero 5 and Rock Band 3 as DLC!

Are you picking up the Sum 41 DLC? Or is this another skip week for you? Let us know!

Just watched and listened to sum 41 pack again and it does look like it would be fun to play. Thats one of the things i like about rocksmith. Ive bought quite a few albums based on songs in rocksmith from bands i hadn.t heard before. :-).

Nah i’ll pass on this one. Really enjoyin the slash and alter bridge though. Be a boring world if we all liked the same music.

Need a new header; James Gang “Funk #49” appears to be a confirmed song for next week’s DLC. It’s from a cryptic phrase: The stench of the square seven.

singles weeks are hard to guess. Would like to have 2/3 songs before posting the info

It’s happened before, “Shit” often gets left in.

there is an alternate lead guitar in “still waiting”
Really good value.
Does anyone know other songs with alternate parts besides the ones you unlock with Uplay?

In Too Deep has one

I’ve never been able to conclusively play these alternates. I click on it, and get the same arrangement I just played as far as I can tell. I’d love the standard studio guitar solo to Smoke on the Water.

Smoke On The Water is the 1997 Remix. The alternate arrangement is just a different transcription of the existing song, usually a 3rd guitar part that wasn’t included in Lead/Rhythm.

one day i will be good enough to play a song on release day to “Masterful”….one daaay

awww you dont have the pain for pleasure part at the end of fat lip. that would have been awesome.

I could’ve went my hole life without knowing.lol

I was unaware that sum 41 had more then one song

I am actually excited about this pack. Pop Punk is one of the genres I grew to enjoy playing with Rocksmith. I was never mad into it before. I remember most of these music videos from long hours of watching VH1 and MTV back when they played music. Good times.

This is a huge one for me. One of my favourite bands as I grew up. I’ve seen them 5 times.

Yep, totally not interested. Looks like I gotta kill another one of my hostage kittens until some quality classic rock is released.

It’s interesting to see that this band move from a traditionnal pop punk music (All Killer No Filler) to something with more heavy metal vibe (Does This Look Infected ?/Chuck)

Not a huge fan of this band but I think this 5 pack is a good representation of their songs.

Sum 41 have ALWAYS had a metal vibe. Listen to their first album (the one before the breakthrough All Killer, No Filler).

While a lot of their stuff (especially their hits) is rooted in pop-punk, they’ve always incorporated a lot of metal elements… and they’re good at it.

These look like excellent beginner songs, the vocals aren’t really annoying either which is a huge bonus when it comes to beginner songs. Kinda wish this pack was around when I first started with RS.

I had no idea Sum 41 was from Canada. I’m just happy it wasn’t Simple Plan!!! I’m sure a few of the people complaining could at least be relieved about that!

I wouldn’t be too vocal if it was Simple Plan, but I am extremely grateful it’s not lol

Not so “beginner songs” than that, there’s some heavy metal rythm riff and some guitar solo.

I don’t like them much too, but i will pick up In Too Deep. Does anyone know how the bass part is? Can’t wait for the vid 🙂 and the dlc is not until tomorrow in the eu store

I’m not a big fan of Sum 41, but I love Still Waiting. The other songs on this list are just about the only songs I would consider from their catalogue. So great selection!

This music should result in the invasion of your homeland also known as northern minnesota or upstate NY. There are so many good canadian bands but THIS is like a slapshot to the face

Yeah, Canada’s got lots to offer Rocksmith. It’ll never happen, but I’d be thrilled to see some DLC from Propagandhi, Black Mountain, the Weakerthans, or Jason Collett.

We already got Rush… Barenaked Ladies would be nice

I need Neil Young I know he is an ex pat but still born in canada. Also Arcade Fire for current music would be great

I could certainly go for some Metric. I’m only familiar with a few of their songs, but they are great songs.

Woods of Ypres, “I was buried at mount pleasant cemetery”
Fairly straightforward song on guitar, but a good
‘catchy’ beginner song with a bit of heaviness.

Wait, wait, wait! If you mention The Guess Who that must mean that Bachman-Turner Overdrive is a Canadian band as well. “Takin’ Care of Business” -- that be awesome! All we can do is dream, cause I can already predict next week’s DLC -- Avril Lavigne… 😕

That’s what BTO stands for!

I’m grateful for the presence of American Woman. I’d love to have No Time, perhaps No Sugar Tonight/New Mother Nature after that. Hand Me Down World would be cool too.

I just requested a bunch of our lady peace with the app a couple days ago. easy to make a 5 pack (just with radio hits).

Not too bad. I really like The Hell Song, so I’m definitely picking that up (probably will get the whole pack anyways).

This is a buy for me. I would love another Blink pack of some of the deep stuff pre Enema. I started playing because of that band and own a Tom Delonge Strat. But I digress. Solid choices for this week.

I used to swear by Travis Barker’s signature drumsticks

picking this up right meow.

This is bullshit, I prefer another pack of Blink or sublime. 😕

Again a skip week for me.

I might pick up Fat Lip. Takes me back to my early twenties

The bitter end would have been nice but this is still a good song list.

Surprised to not see Makes No Difference in the pack. I’m gonna wait for Elison’s videos and look at the charts before I decide if I buy or pass.

Ugh, I really wanted Makes No Difference. I guess I’ll just buy In Too Deep for those harmonizing guitars.

Canadian pop-punk? The description itself sounds even more disgusting than their music.

It will be Celine Dion next time. Blame Canada!

Propagandhi’s first album, How To Clean Everything, begs to differ.

I didn’t recognize any of these songs by their title, and for the 1 out of the 5 Youtube links that are playable in the US, I don’t care for the song, so it’s another no-DLC week for me.