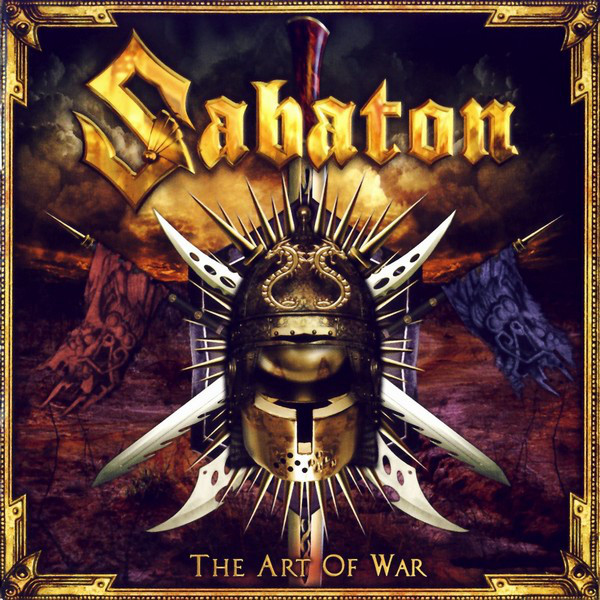 This week @Rocksmithgame goes into battle with @Sabaton with a THREE song pack!

Over the weekend we learned that both Primo Victoria (2007) and Ghost Division (Art of War – 2008) would be included in the song pack. Today we can confirm (via Xbox NZ) that the third track also comes from Art of War, it’s 40:1.

Sabaton /ˈsæbətɒn/ is a Swedish power metal band from Falun. The band’s main lyrical themes are based on war, historical battles, and acts of heroism[1]—the name is a reference to a sabaton, knight’s foot armor. The armor and battle theme is heard in the albums Primo Victoria, The Art of War, Coat of Arms, Carolus Rex, Heroes, and The Last Stand in which all of the songs contain these motifs, except final tracks which are tribute songs to influential heavy metal bands. Lyrical content drawn from World War I, World War II and other historical conflicts is prevalent and lyrics often recite stories of heroic deeds by men and armies. (Wikipedia)

Swedish band Sabaton have been a major force in the power metal field since the mid-2000s, but had to battle significant difficulties to get there, which may explain their eventual creative obsession with everything war-related. Originally founded in 1999 and comprised of Joakim Brodén (vocals and keyboards), Rickard Sundén (guitar), Oskar Montelius (guitar), Daniel Myhr (keyboards, beginning in 2006), Pär Sundström (bass), and Richard Larsson (drums), the enterprising group quickly produced two demo tapes that were later released in a limited edition as Fist for Fight in 2002.

But after inking a deal with Italian label Underground Symphony, Sabaton saw their first would-be official album, Metalizer, inexplicably kept out of the marketplace for a full two years (it, too, belatedly reached the public in 2007). Tired of waiting, the members of Sabaton (now including new drummer Daniel Mullback), once again took matters into their own hands, and financed the recording of another album, Primo Victoria, which was officially released in 2005 by the Black Lodge label. It also opened the floodgates for a slew of popular singles and battle metal LPs to follow, including 2006’s Attero Dominatus, 2008’s The Art of War, and 2010’s Coat of Arms, all of them bursting at the seams with historic and mythical chronicles of battle set to anthemic power metal. The band became increasingly successful across Europe, witnessed on 2011’s live album, World War Live: Battle of the Baltic Sea, featuring a dozen tracks and ten different countries. The following year’s Carolus Rex hit number one in Sweden and Poland, but it was the last for that lineup; 2014’s Heroes featured new guitarists Chris Rörland and Thobbe Englund, plus new drummer Hannes van Dahl, alongside stalwarts Brodén and Sundström. Preceded by the rousing single the “Last Battalion,” the conceptual Last Stand, the band’s eighth studio album, dropped in August 2016. (AllMusicGuide)

The capo streak ends but it’s all E Standard!

There you have it, another Power Metal band from Sweden added to the always growing Rocksmith library! Are you excited for these three songs, or are you looking forward to Sabaton II? Let us know!

Wow i was really wrong about this band being some kind of nazi enthusiasts because of watching the ghost division video. That video for 40: 1 makes it clear what these guys are all about and being polish myself I have to get the song now. I learned a lot and knowing is half the battle

Yeah…I think we all just had a moment here.

This is not something I ever expected to see make it Rocksmith. Thanks Ubisoft! Bring on more power metal!

Well I know what music selections I’ll be listening to this afternoon! Excellent! \m/

Sabaton is awesome! I have seen them here in the States on separate tours with Nightwish and Iced Earth (BTW Rocksmith a pack from either of these bands would be awesome as well) and they are amazing live! Wish this was a five pack and they had included “A Lifetime at War” and “Long Live the King”. Hopefully there will be a Sabaton Pack 2, 3, 4 in the future as they have so many incredible songs!

I was not sure what tuning I was expecing these songs to be in but E Standard is not what I expected. Heroes is a great album and I may be bias because I saw them during that tour, but I was hoping for one song off that album. Regardless, great choices and I’m loving the different kinds of Metal being included in this great game.

E standard? Wow, was expecting that!

I’m liking the variety Rocksmith. Keep up the great work! 🙂

It’s obvious RS is struggling to find songs for their game!

Or fulfilling a highly requested band you didn’t consider would be added, it could be that

The Adequate Performer
Reply to  XiD

Every week that Rocksmith releases new music is a good thing just to keep this going. The library is already incredible. I probably won’t buy Sabaton but hope other do. In my opinion, if there are two packs a year that I really like that is good enough for me.

MarleySantana
Reply to  The Adequate Performer

Even a few songs every-so-often are good. In fact, 2017 was the only year that I consistently bought packs. For me Ubisoft was on an amazing run where at least once every month, there was a pack I couldn’t hold off on. Normally as long as there is 1 or 2 songs every couple of months, I’m good. (Seriously don’t have all the time I’d like to learn all of this music.) Between last year and this year, it just seems like Ubisoft is trying to fill in the holes in some areas not often covered. As Oni pointed out this past weekend, there’s a whole lot of ground Ubisoft has tip-toed across or not covered at all.

With this week’s band and this style of music, I’m not at all interested; however, it speaks to someone. Gotta let ’em have their moment.

One last thing. While it may have been a struggle to get the songs, Queen, The Rolling Stones, and Chuck Berry aren’t what financially equates to “lame”. Those are some big name highly respected artists.

Opps, sorry Performer,, that was suppose to be a response to XiD.

What a bunch of fanbois.