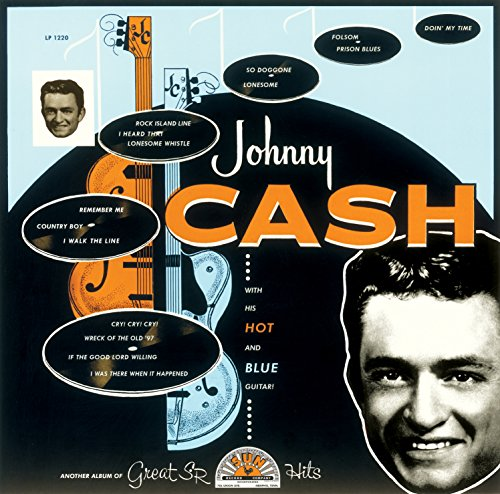 Hello Rocksmith fans, and welcome to the final DLC release of 2017!

You wanted @JohnnyCash? Well you got it, and for the first time ever it’s a TEN PACK!

We already confirmed that Ring of Fire (Ring of Fire: The Best of Johnny Cash – 1963) would be in the pack, but the other nine songs may surprise you…

That sure is a lot of Cash… Also for the record, only four of those songs are crossover singles from Rock Band DLC!

Y’all better get that Capo out…

Just like that another year of Rocksmith DLC comes to an end. Are you happy for the addition of these ten songs from @JohnnyCash the Man in Black, himself? Or is this just not cup of tea? Let us know!

I think i’m gonna cherry-pick 3-4 songs on XB1 and then get the whole pack on PC at the first Steam sale where they’re discounted.

I just need someone to get me an upright bass for Christmas and get rhythm. This is perfect for the holidays eggnog and bourbon music

I’m in for probably four. The recordings are not necessarily my favorite versions, but they’ll still be fun to learn. Hey, I can finally learn to play Pinball Wizard: https://www.youtube.com/watch?v=6bfPwtUTP4k

I certainly hope that the guitar parts were more fun to play than the bass was. I guess payment came due for that Jamereon pack back in October. Lol. xD

Old school country is notorious for repetitive root-fifth, root-fifth through most of the song. I haven’t checked but that’s probably a lot of this pack.

Well, heck…I thought I knew what DLC packs I wanted start with and this just makes it harder to decide!

Great way to end the year.

Still waiting for Scorpions and Ozzy -- maybe in 2018

On Saturday I won an amp on Ebay from someone in Jackson, TN. I was unaware of the song until the reveal. I will consider it a positive sign from the Guitar Gods.

I would like it if the capo songs (all, not just Cash) were arranged by tuning/capo position. Sometimes getting the capo in the exact position for the tuning to register is tedious so it would be nice to play multiple songs without having to readjust.

I had the same problem tuning with a capo in Rocksmith and found that when I turned the volume and tone knobs on my guitar down about a quarter made it easier.

Pack II is an Insta-Buy for me,
Pack I will be loaded onto my Steam Wish List most likely until it goes on sale…