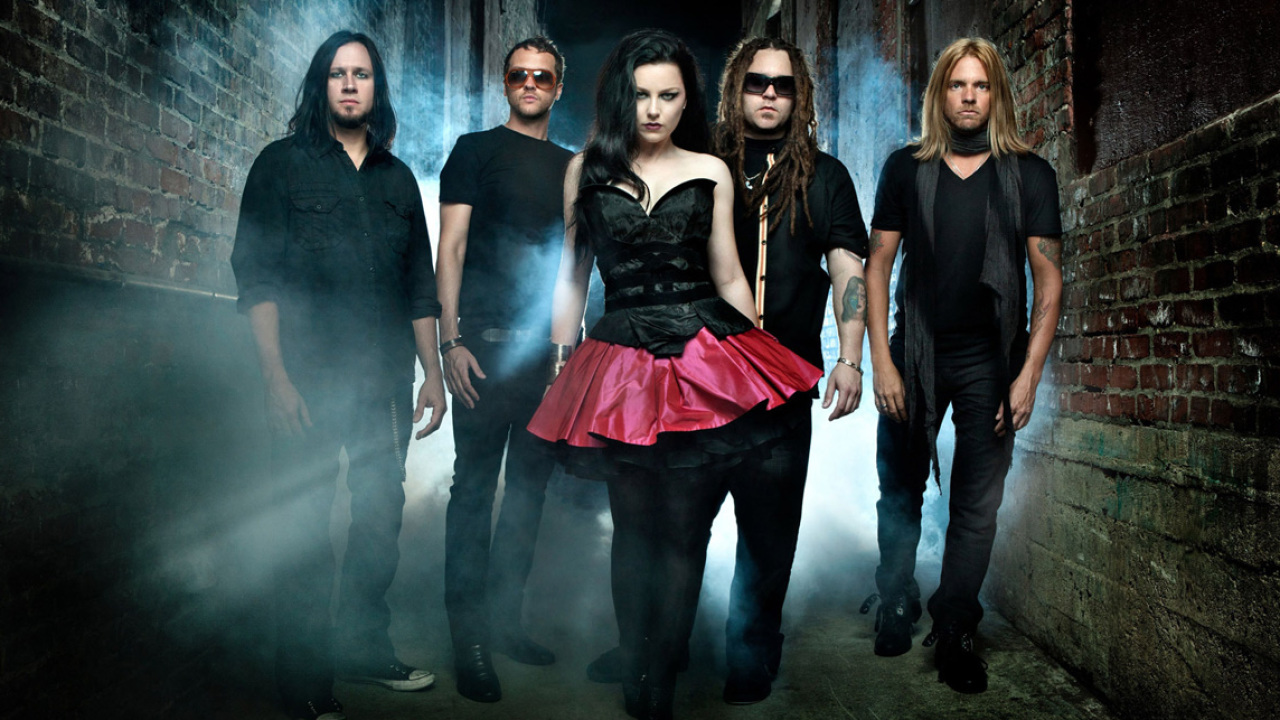 This week’s DLC consists of three tracks from Nu-Metal Hot Topic-core artists, @Evanescence. Don’t worry, we already have that “wake me up inside” song, we’ve had it since 2012… Here’s a video of it!

This single must have sold well since we have three more songs from Fallen (2003). These tracks include the already revealed Everybody’s Fool, My Immortal, and finally Going Under (as revealed by Xbox AU).

Another single get’s a full pack. and hopefully there’s more to come! Are you happy with three more songs for Evanescence? Or is 2003 a year of music you’d rather not re-visit. Let us know!

Hmm……kind of sucks when you feel that your instrument is getting the shaft huh? O.o

Looool!!! ? I definitely don’t disagree with you, i aaaalways enjoy playing the bass tracks, so i would be stoked if there was more bass inclusion!

I don’t disagree with you guys either. I’ve said before that I wish they would get the version of a song that they know everyone is going to prefer or just skip the song altogether. I enjoyed this pack however, lol.

Ok, WTF???? Come somebody please explain where the fuck is the solo in My Immortal. I just played it right now and literally died when there was no solo to play. Why weren’t we told before hand? It is an absolute disgrace. The note trackers should go and dig a grave and bury themselves. They are stupid idiots and I’m totally pissed beyond belief. I could keep going on and on but why bother when either no body listens or are to stupid to realise how fucked up they are.

Different versions of the song

“My Immortal” is a song by American rock band Evanescence from their debut studio album Fallen (2003). It was released by Wind-up Records on December 8, 2003, as the third single from the album. The song was written by guitarist Ben Moody, lead singer Amy Lee and keyboardist David Hodges, and it was produced by Moody and Dave Fortman. Various versions of “My Immortal” were recorded; one of them was included on the demo album Origin (2000) and another on the EP release Mystary (2003). The version originally appearing on Origin was later included on Fallen, featuring piano with backing strings. The version of the song released as a single was dubbed the “band version” because of the complete band’s performance of the bridge and final chorus of the song.

Was absolutely gutted to see no solo. ?
Whilst i still enjoy it, ive wanted to play that solo since long before i even thought about picking up a guitar!
I do understand it’s a different version, but suuuuuuurely the notetrackers were familiar with the fact that the band version was the main version which was given to the mainstream radiostations etc.
Not to mention the obvious fact that they were tracking for a guitar game and that it was a pretty iconic solo for evanescence fans.
So it seems a shame that if this song was voted in, was voted in by most people not realising they needed to specificy in brackets “(Band Version)”.
I know it may be the case that others “might” have wanted just the piano variant but my guess is that it’s quite the contrary.
Very sad to see, because im not great at guitar it seems it will once again be a fair while off before i’ll be skilled enough to try figure it out myself.
Happy with the pack regardless, just let down, that’s all!

2/3rds of My Immortal is soft piano and synth so I wonder how that’s going to turn out.

I’d rather have a transcription of Giant Steps or Ian Anderson’s flute playing.

Unfortunatly, a certain fanfic has ruined Evanescence for me forever, on the risk of being a “poser prep”, this is a pass for me.

isn’t refusing to buy something due to the opinion of others the definition of a poser?

Ya never did read the fanfic in question, have ya mate?

Was also secretly hoping for My Immortal despite being unsure how they would handle the almost 4 mins or whatever it is of piano lol.
Dead keen for all 3 in this pack! ?

Defiantly like the My Immortal, but wander will they use a guitar to play along with the piano, or just be silent.

Quite surprised to see “My Immortal” in there, there’s like 30sec of guitar in this song. Maybe they transcribed the piano part for guitar, I’ll wait for the stream to check and decide if it’s a full pack for me. Pretty happy about the 2 others. 🙂

if they did not transcribe the piano its a horrible choice. Id have enjoyed Lithium or really anything else.