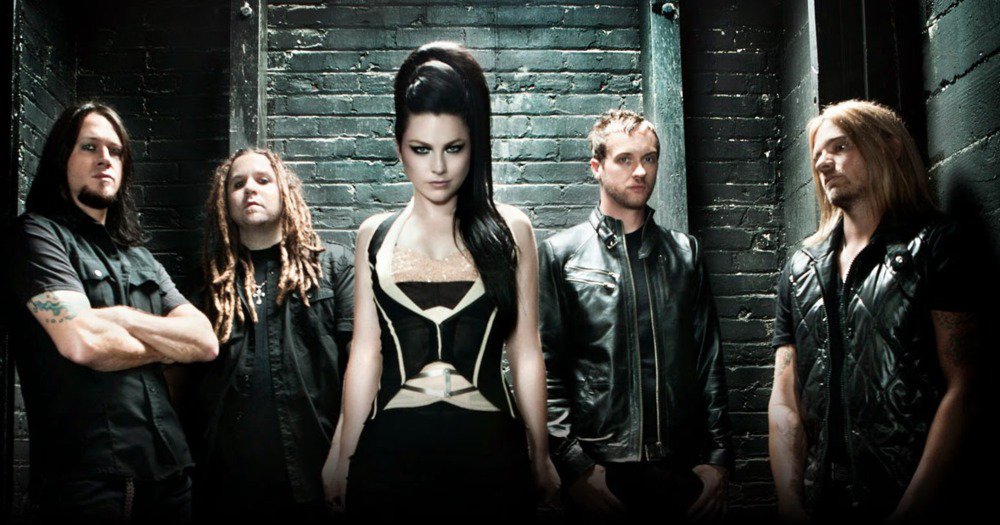 The clue from RollingStone222 has been posted and solved, and it looks like we have a full pack from a single artist released by @UbisoftStudioSF in 2012!

Let’s take a look at this week’s clue. 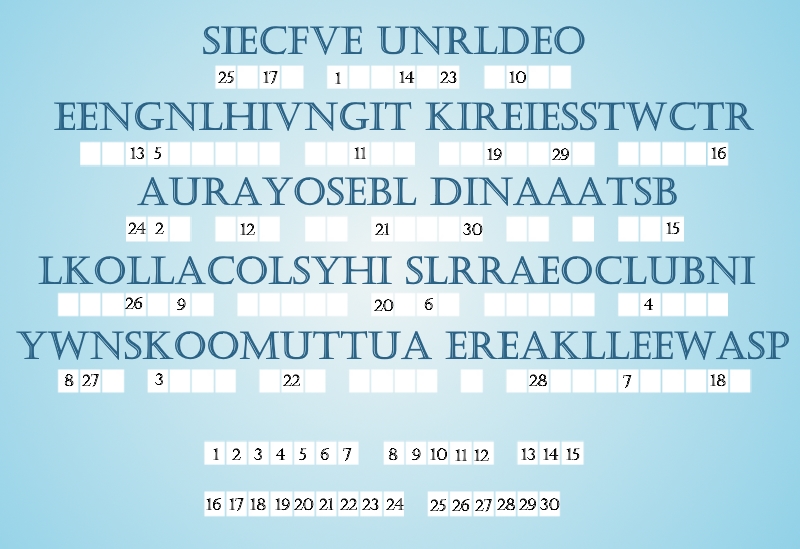 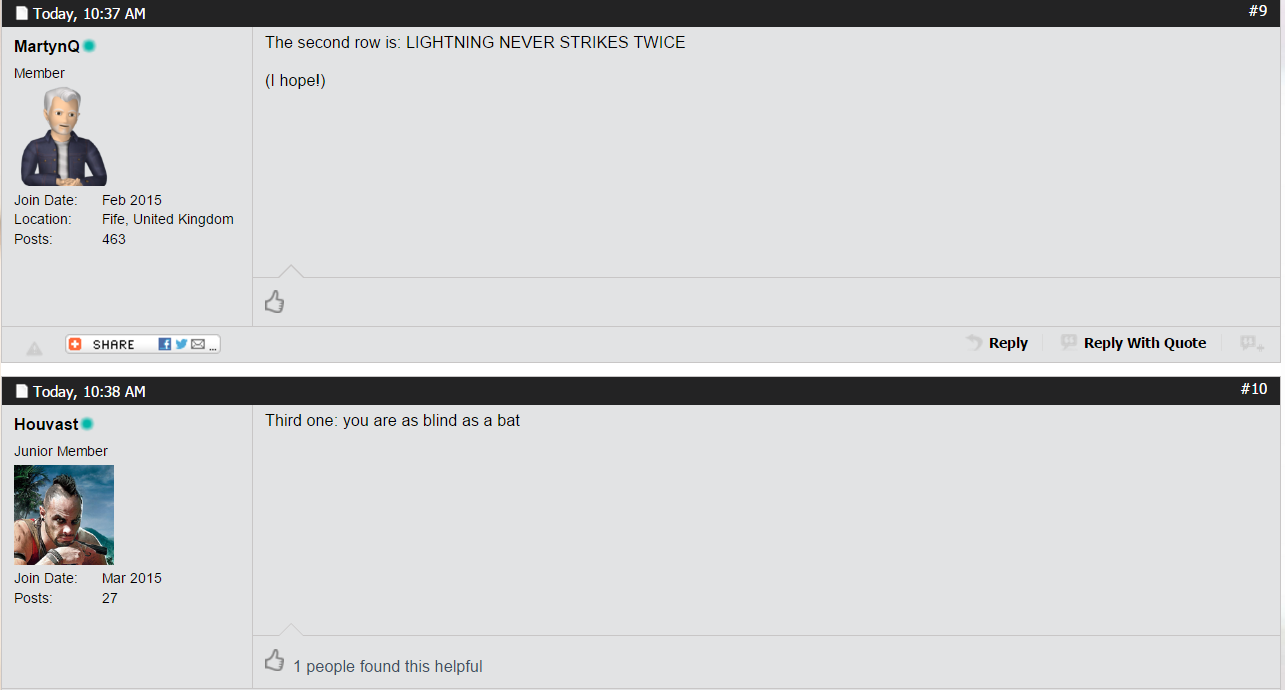 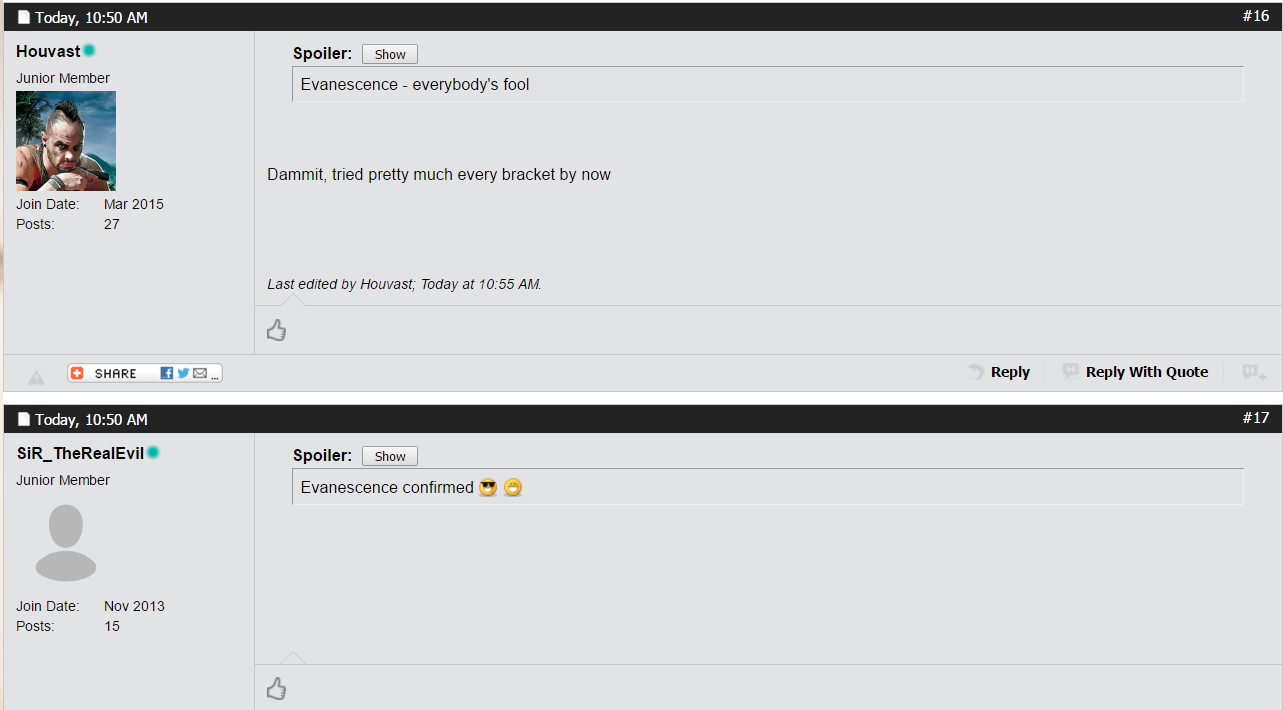 @Evanescence is a band that has definitely had their fair share of appearances in music games, with two three song packs in Rock Band, an on disc-inclusion on Band Hero, and of course Going Under appearing on GHTV (Guitar Hero Live), there should be no shortage of choices for the other two tracks to join Everybody’s Fool.

Could see this one being a lock

This is a weird Nirvana cover

There you have it, the last DLC announced for January 2017! Are you excited to have four playable @Evanescence songs in the Rocksmith Library? Or is this an insta-pass. Let us know!

Also, if you like Evanescence and don’t mind harsher metal vocals maybe you’d appreciate some Peccatum.

Im hoping for going under and lithium.

wait, my immortal? HOW?

Looks like I’ll be saving a bit of money this week.

I’ll be buying this one.

If it sells as well as Bring Me To Life we could see a second pack, much like Rock Band!

Awesome! I just played “Bring me to life” earlier today. Any of the songs mentioned above would be great. I’ll pass on the Peccatum though thanks. I like Evanescence pretty much because its not harsh metal vocals. Lol

Haha! Thanks for checking it out

Lololol, crap. Well if you’re gonna call me out on it I guess now I have to. If I hear any demonic type growling I’m going to be very unhappy. xP

I hope they start adding more new artists in, I’m sick of always having more Rage Against the Machine and Evanescence. Idk why Metallica is still not in… Smh Lars

I’m never sick of getting new songs by the terrific artists already in the game. There are so many great songs still to be had out there for most of them. I’m sure they try to get artists new to the game as well. 🙂

I’m curious to see if people will actually take to this pack.

Reaction seems to be favourable for the most part

Man, I’m glad I’m not the only one who loves Peccatum (or even Star of Ash, Iriel’s main project). Would love to see “The Moribund People”, even though it’ll never happen.

I pretty much love everything Ihsahn does, one day I might get to see Emperor…

I like Peccatum a lot. The Moribund People is great.

I know, but Rocksmith has done something like that before. And the song has a solo in “Band Version”

To everyone asking for going under, I’ve wanted it since the last evanescence dlc. I moved from xbox to pc for the cdlc and was excited to see that going under is on there. That solo is freaking awesome, but the rest of the song is just one chord over and over, then a couple more chords to close the riff. It’s disappointingly boring.
Sorry to rain on anyone’s barbecue, but I’d be cheesed if I’d spent money on it. Kind of like bohemian rhapsody, iconic as fuck riff, but you don’t pick up the axe for the first third of the song! I was miffed when I paid money for it!

Man, January has been hit with a case of the mediocre when it comes to DLC.

They have more than one song? Who knew?

Number 22 on this list of “biggest one his wonders”:
https://priceonomics.com/the-death-of-the-one-hit-wonder/

Fallen was full of chart topping hits, I’ve seen different definitions of “one hit wonder” though.