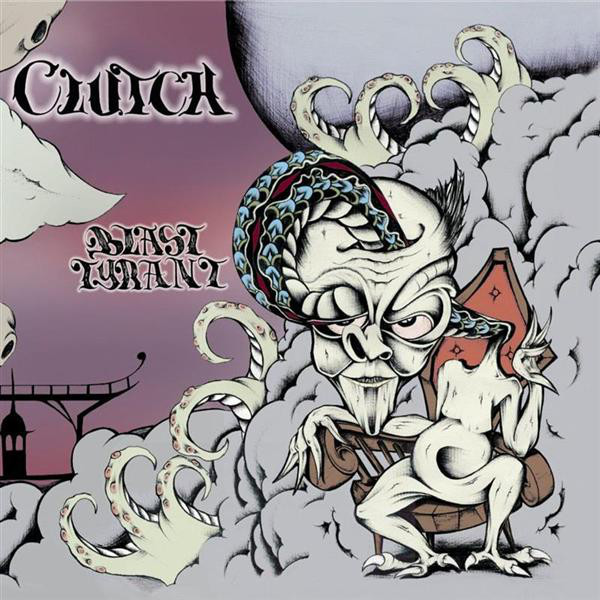 Welcome to the final week of February 2019’s DLC!

Over the weekend we learned that Warren Zevon would come to @Rocksmithgame with his hit single Werewolves of London (Excitable Boy – 1978), additionally Social Media confirmed that @GinBlossoms would return with another hit single off Dusted/New Miserable Experience (1989/1992), Found Out About You. Today we can confirm (via Xbox NZ) that the two remaining singles are from returning artist @fuelofficial with their hit single off 1998’s Sunburn, Shimmer, and last, but certainly not least, @clutchofficial makes their Rocksmith debut with The Regulator off their 2004 album, Blast Tyrant!

Check out that rhythm tuning for Clutch!

21 packs of variety! How does this one fare? Are you grabbing all four songs? A few singles? Or none at all? Let us know!

Yes! Finally some Clutch! I’d been hoping they’d debut in RS someday. I hope it sells well so we can get a whole pack. I’m also glad to see the Fuel song and the Gin Blossoms song. Good stuff.

Clutch!? Oh my god I have been waiting for this day since Rocksmith was released! I would have been much happier with a Clutch pack but I’ll take what I can get!

Gonna wild out on that Request app today

I’m down for Warren and the Gin Blossoms.

Even though I’m not interested in playing this pack, glad to still pull something positive out of it.

Congrats to those enjoying the DLC this week.

Hey MS coincidentally since you say that, done one today said something that set off the pinball machine in my head for something not in here but would make perfect sense. Good maybe for our next Halloween season. Songs from Rocky Horror Picture Show. Obviously “Time Warp” and “Sweet Transvestite” would have to be in the pack being the big rock signature tracks and certainly leaves things like Eddy’s (Meatloaf) song(can’t remember the name of that one), among others. But that brings us to a problem (and showing I’m older then a bunch of the people here) as I recall when you look at the back of the record, the songs have titles, but are attributed to the movie characters in the film that sing each song. Is there a precedent for this? How do we request songs from a play/movie/cultural touchstone that goes by Character? I’m not aware of an answer to this and I’m assuming the difficulty is the fact that this is a unique case. You or anyone else for that matter have any thoughts on this. I’m baffled.

I believe this is the song you are antici……

Hey Oni. Wish I could could give you full support on this. I wouldn’t be a credible witness though. I know of the movie but haven’t seen it. Had a good friend in Korea who use to talk about it often, so in a way I kind of got the story through him. Although it is a major cultural and musically historical moment, I just wasn’t drawn to it. Could be that it didn’t age well by the time I heard about it, not sure. (BTW-I’ll join you in representing as one of the older folk in the room.) On the idea of the songs listed by character, I would think that a character’s name should be good enough. For example, if I were to request Rainbow Connection, (actually might do that) I would list Kermit as opposed to Jim Henson. The same would go for (and I won’t do this) listing the Mos Eisley Cantina Band as the artist for the Cantina Band song. (…I guess that one might be a little different as John Williams is actually listed on the liner notes.) Anyway, my uneducated take on it would be if you listed the character and song, Ubisoft would know what you’re aiming at and run with it from there. The songs are most definitely copy-written so there has to be an official name somewhere. To piggyback on your question, how would we list a particular version of a requested song? For example, in 2017 I was a little hardhearted that we got the album version of No Woman No Cry instead of the live version off Bob’s Legend compilation (happy to have his music regardless). It never occurred to me to request a specific version. This is a particularly sensitive area when it comes to B.B. King’s… Read more »

…just thought of something. Jake and Elwood have DLC, so the character names should work.

Yeah I’ve got Soul Man (had to), but it shows up as the blues bros on my machine, is yours really labeled jake and Elwood? That would be kind of interesting. I’m actually not really a fan of Rocky horror, not against it either. I just had friends who were way to into it. Cute girls though. The best thing about it besides what is probably Tim Curry’s best performance (I’m sure the stage show is still running somewhere and the audience participation is like none other. Some great lines for the audience), are the songs. They are some well made little earworms that if you don’t hear them for decades, you still know know lines from. It’s a few other things as well but probably 50s rock and glam are the 2 biggest influences on the sound. Once I thought of it I couldn’t help but think a pack from it seemed very season rocksmith appropriate. The 3 most obvious I could name right now would be science fiction/double feature which starts the thing. Bowie is probably the biggest influence on that track The time warp, which is very 50s R’n’R musical and has been a Halloween party staple for 40 some years. And Sweet Transvestite. Where Curry. Certainly makes an entrance is probably single handedly responsible for Marilyn Manson’s stage look and sounds like The Rolling Stones wrote their version of a broadway show. Another tune or two to round out a pack wouldn’t be hard . Bowie was a huge fan of course. If we get another pack from him soon. I’m hoping for I’m Afraid of Americans, Golden Years and Jean Genie. I know you listen to things wider then the normal audience here (I like Kodo a Japanese drum group, not good for here), but… Read more »

As a matter of fact, yes I have requested Taj Mahal, however, most of those requests are from when Ry Cooder played with him. Within that list is also 1 piano based song. Would love to see Ubisoft do a guitar version of Taj Mahal’s version of Built for Comfort. I know it’s all piano, but it’s great song.

I have heard of Ali Farka Toure, but only in passing. Think he was mentioned in Martin Scorsese’s “The Blues” collection. As a Hook fan, probably should look him up.

Quick note, for the Blues Brothers, I just threw out the first names to see if you or anyone else would catch it. The song actually shows up as The Blues Brothers on my system as well.

I was just curious. I still want more Howlin’ Wolf so that might be how we get built for comfort. Although I’d really like to see Jimmy Reed’s Big Boss Man if not a whole pack to go with that as well.

Marty did put together a pretty good documentary and music set. Ali F. T. Was probably was on it as I recall but won’t completely swear to it. His son puts out albums as well. I think there is some good stuff but there are differences between the releases and a few of the best known are with a famous kora player. I believe one of those albums has Ry Cooder on it as well. Maybe his stuff will show up at sone point.

Everyone is using different systems and buying from different places I wasn’t sure but since there are some albums not just movies maybe a Blues Brothers pack could be possible one day as well.

Just got reminded I hadn’t requested Escape from the Prison Planet after seeing this weeks song selection. While entering it the request engine, the title popped it up while typing it in. Always a good sign.

Clutch is an American rock/metal band from Germantown, Maryland. Its four members met while in high school in Germantown and consider themselves a Frederick-based band where they write and rehearse for every album and tour.[4][5] Since its formation in 1991, the band line-up has included Neil Fallon (vocals, rhythm guitar, keyboards), Tim Sult (lead guitar, backing vocals), Dan Maines (bass, backing vocals) and Jean-Paul Gaster (drums and percussion). To date, Clutch has released twelve studio albums, and several rarities and live albums. Since 2008 the band have been signed to their own record label, Weathermaker.[1]

Clutch is an instant buy. Easy lead for my beginner ass, and some finger picking to learn on the rhythm end to aspire to learn.

What do you think is up with that Rocksmith tweet about cooking up something good? Things I would like to see: A basic pedal board you could purchase with maybe four pedals. Add a keyboard. Put the song sections that are on top of single player on top in Multiplayer.

Rocksmith we have a problem. Just like with the 90s pack at the beggining of the month one of the songs from the pack isn’t showing up in the PS store. It still isn’t btw. Only last time when you did a search for the song STP’s trippin’ on a hole in a paper heart it at least showed up. Since the must have lost some sales you think they would’ve fixed this. This week Warren Zevon’s Werewolves of London isn’t just not listed, it doesn’t come up at all. I want my Warren Z (as heard on that famous dire straits remix, you know). Rocksmith may want to make money. They should fix this.