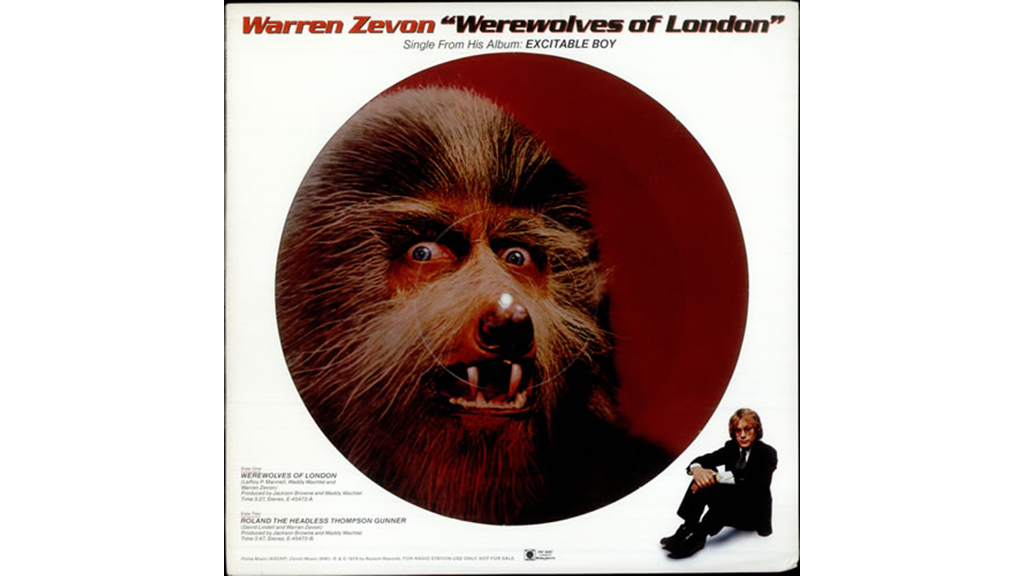 Welcome to the final week of February 2019 DLC! RollingStone222’s clue has been posted and solved, and with it comes a brand new artist to the fast approaching 1400 song Rocksmith library! 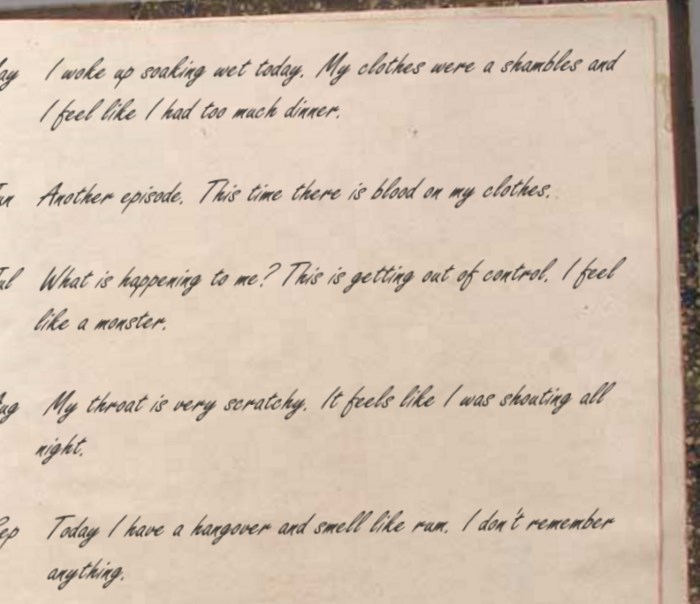 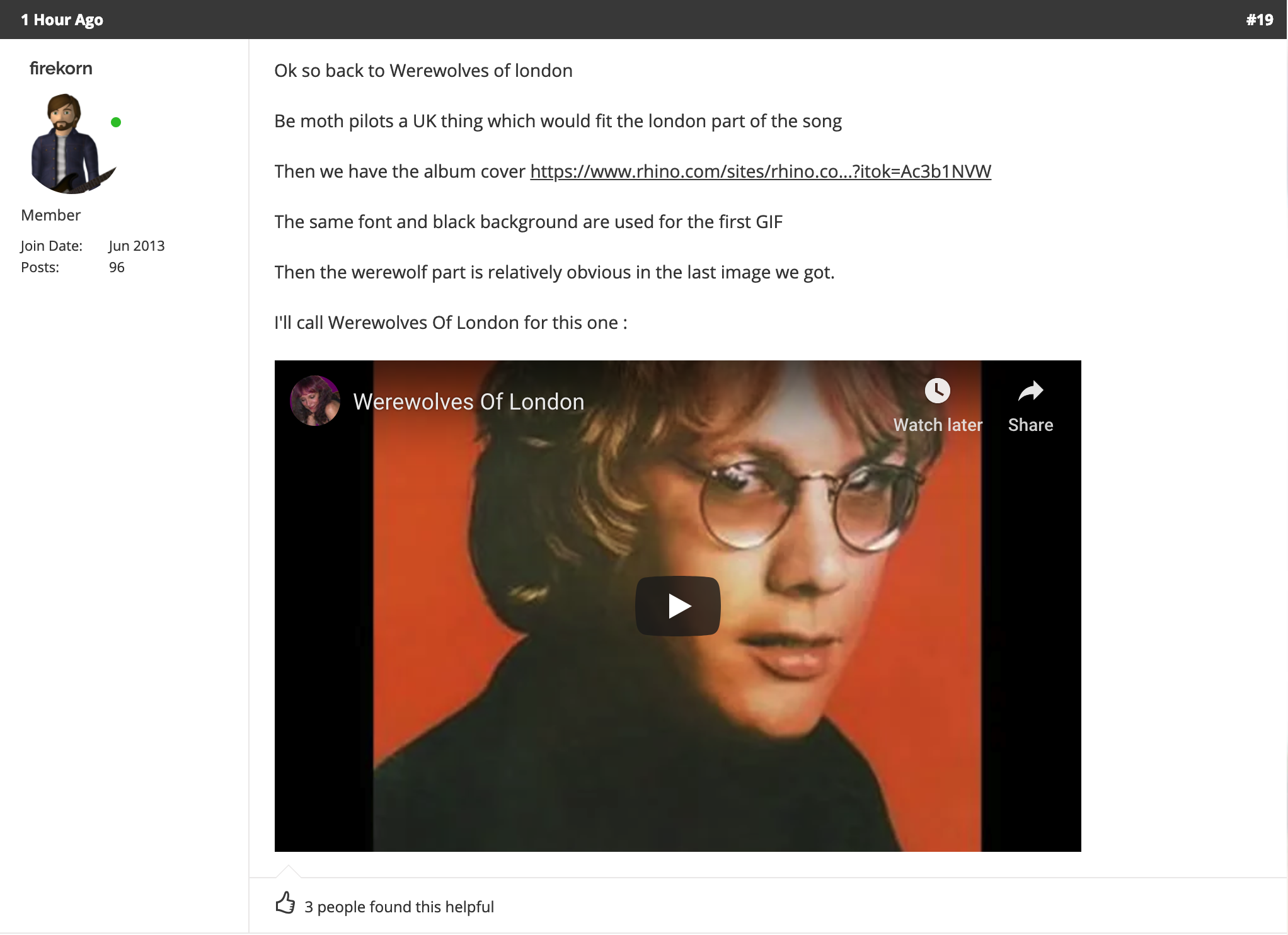 Also take a look at the plane… 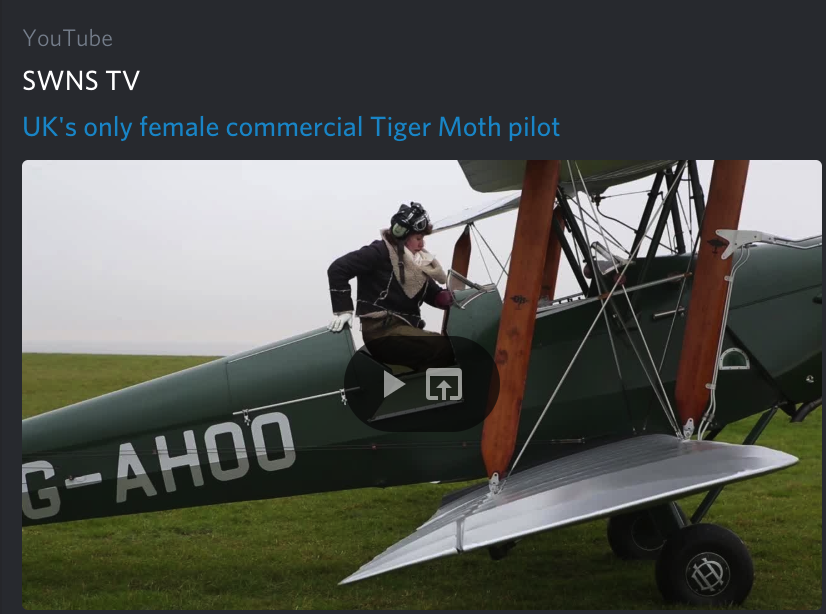 So what are we missing?

Ok, so what else do we need?

… We forgot to put the artist in the guess… 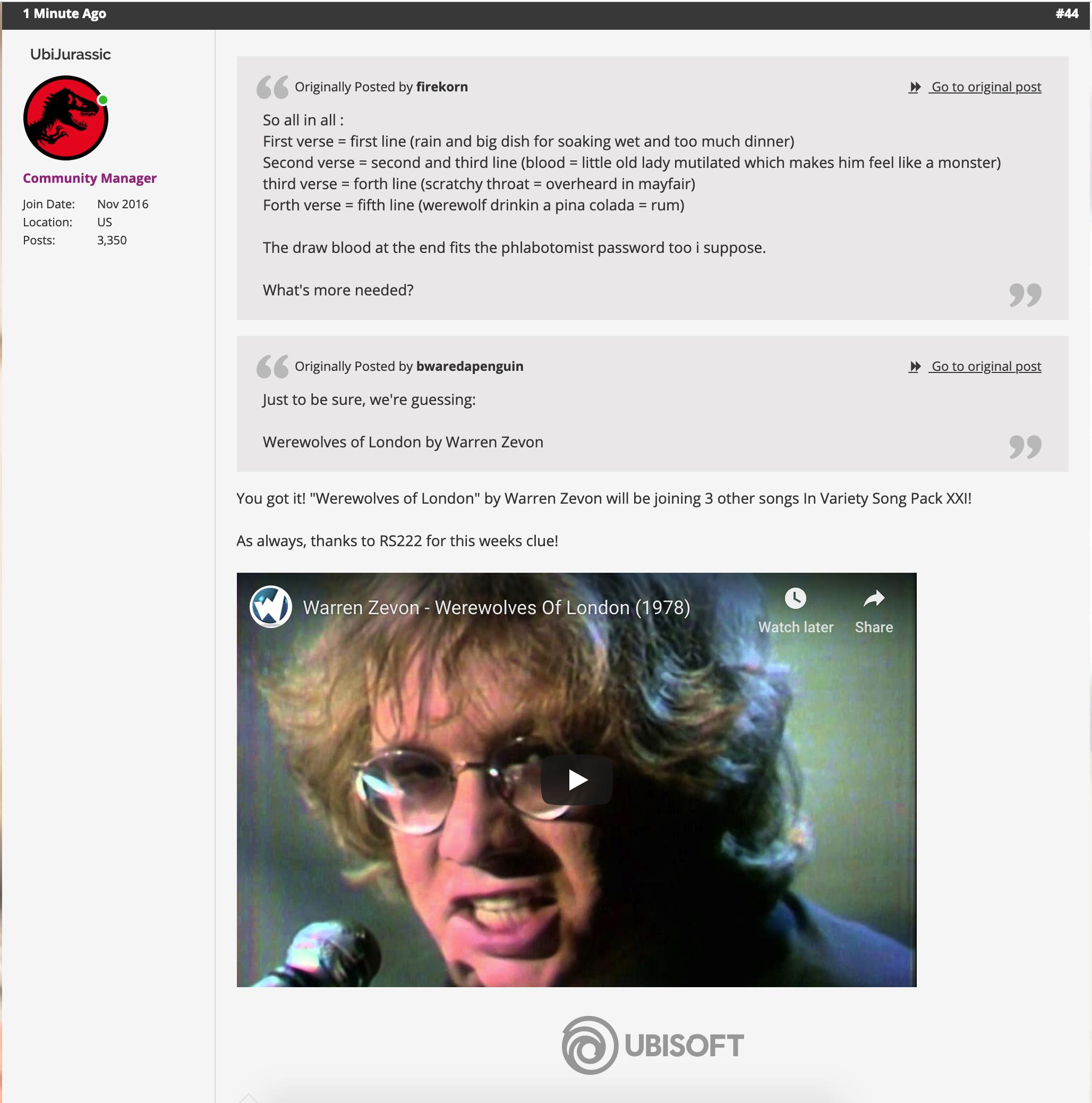 This is the second appearance of Werewolves of London in a music game!

What other THREE songs will join Warren Zevon next week?

Are you excited for Werewolves of London and Variety Pack XXI? Or are you just thinking of what March will bring? Let us know!

You know their name and you know what they're about. A new song from a returning #Rocksmith band arrives in this week's pack. In case you don't recall, you can find out another song coming this week here tomorrow! pic.twitter.com/Ls5Iogj3dB

I’m hoping that one of these variety packs includes REM -- It’s the End of the World As We Know It, No Doubt -- Just a Girl, or Rage Against the Machine -- Freedom. I think it would also be fun if this pack included another Dragonforce song. There are a ton of new bands I would love to see too, but its almost impossible to predict these Variety Packs. Maggot Brain will probably show up in the very last DLC release for Rocksmith, just to go out on a bang.

Well don’t forget about Hindu Love Gods, R.E.M.’s project with Warren Zevon. I know I’ve requested Bang and Blame along with Crush with eyeliner (others as well I’m sure). I actually think from day one just a girl was the most requested ND track, I think there is a pack earmarked for that release. I agree with freedom for RATM although Mic Check and Guerilla Radio are my first picks along with year of tha boomerang, revolver and some others I still want. They definitely could add more audioslave, street sweeper social club and Prophets of rage as well. The likes of doesn’t remind me and Hail to the chief with some other good tracks in a pack packs for the said respected bands would be nice. I kind of think they are going to have to do some sort of funk pack with at least Larry Graham and Bootsy Collins each getting a track so if it’s only 3 songs, probably a good time for them to slip in Maggot Brain. That’s just me though. I wonder if we’ll ever get some eels or Taj Mahal, maybe even some New York Dolls or 13th Floor Elevators. So many bands and songs. So few releases.

Will buy this. Hoping for one grunge track in the variety.

Yes to Werewolves and YES to Maggot Brain!!!

Until the Mothership lands, this is for those who like like to rock with a little P in their Funk.
Maybe the coalition needs to fire off that Bop Gun.

Great news. Now we need a Zevon pack. How about I’ll Sleep When I’m Dead, Poor Poor Pitiful Me, and Ain’t That Pretty at All?

Also, off the top of my head , so hopefully I don’t list a track without guitar excitable boy, Carmelita, lawyers, guns and money, mama couldn’t be persuaded, Mohammed’s radio, hasten down the wind, Frank and Jessie James, Desporadoes under the Eaves, Accedentally like a Martyr; things to do in denver when you’re dead, are probably the best songs I can think of right now that we have a good chance of getting here. No matter how good it is the stuff from the later albums isn’t known as well so I’m guessing it isn’t getting many requests.

All good choices; Carmelita would probably be #4. How about Boom Boom Mancini?

Well I apparently left off Roland the headless Thompson gunner and Johnny strikes up the band and still more I didn’t try to get everything. And something like keep me in your heart for awhile is great but super simple although maybe that would make it more appealing to the rocksmith folks who have to pick tracks and note track what do I know.

Nice, another artist I didn’t request for but would definitely buy. Since it’s a Variety Pack I’m hoping for some Blues, anything really.

Love it that we’re getting some Zevon. I hope it sells well so we can get a full pack someday!

I’m buying at least one song next week. Bring on the next three. I’m hoping this means more Zevon in the future. If the other 3 tracks were Tom Waits, Frank Zappa and Captain Beefheart, I’ll be thrilled and maybe lose my mind. So I’m safe that line up is never happening.

Nice call on those other artists! Especially ZAPPA! We need some Zappa desperately in this game. Waits is one of my all-time favorites, but the guitar often gets overlooked in his ruckus numbers in favor of bagpipes, accordions, or simply smacking a bunch of bricks haha.

Joes garage is my top pick for Zappa. Always liked that song among others. Shut up n play yer guitar has some stuff that would be pretty rocksmithable for some folks.

Tom is great and talented in so many ways. But he has fantastic collaborators like les claypool (ok I also got ant more primus), Ralph Carney, and on guitar the utterly talented Marc Ribot. I’m not sure we’ll ever be graced with any of his solo material but even better would be to have it on some Waits tracks. I’ll settle for 50 of’em.

Remember that track with the awesome drums when they walk through the bar in fight club. Multiple artists have lifted it like MManson, he even admitted it when I asked (I think the track is called something like, you and me and the devil make 3, its one of the songs off of the heart shaped glasses album). That’s Tom

That song I don’t want to grow up everyone thinks is the ramones or some other artist. Tom. Same album as goin out west btw.

I could keep doing this with a bunch of songs people recognize and think are other artist like Springsteen or the Eagles and what not but they are all Tom. He’s made a fortune either by having other people make hits out of his songs (and never as good as his) or by winning lawsuits against people stealing his songs. Gotta love the guy. Talented and integrity. But his first album closing time, blue valentine, heart attack and vine, Rain dogs and Mule Variations and brawlers, brawlers and bastards (after a bit of editing , especially the bastards disc), and a weird thing for that early years vol1 album are probably my favorite even though I have them all.

Heartattack and Vine/Jockey Full of Bourbon/Goin’ Out west would be a tight 3-pack of guitar-focused, recognizable songs

Oh forgot to mention Larry Taylor I thought no great bass player. Tom always has good guys. Heartattack&Vine is a good fun one and downtown from the same album might be good. Now you mention JockeyFoB, that’s from Rain dogs which is maybe may favorite Tom album so that gets hard for me. That’s an amazing album. Big Black Maria has Keith Richards, Tom and maybe maybe even Marc Ribot all playing guitar on that track( can’t remember how many guitars are on that right now), hang down your head is definitely at least 2 guitars and one is certainly M.Ribot, good solo but maybe not the most Rockin track, it is a ballad. Also then downtown train (damn you rod steward) does have 3 guitars as I recall and is maybe a bit more rock.
Now mule Variations opens with big in Japan that would probably be fun and real gone has hoist that rag, MRibot on guitar and claypool on bass but maybe some people wouldn’t like the flag being talked about that way.brawlers has a few good candidates with lie to me, lowdown and maybe even 2:19. There’s a bunch I’d love but they also might not be the best use of a rocksmith selection.

I’m glad to see so many Waits fans , it gives me hope that one day he’ll make into rocksmith. I’m not sure but I doubt his music ever made into a game before. I regard Tom as one of the greatest artists ever for his ability to use any style of music and inventing his own unique style. I gotta go request more songs

I like Tom Waits a lot, but haven’t requested his music for the game because I don’t really have a desire to learn to play it. His music doesn’t inspire me to pick up the instrument, but I can see his artistry being explored as a viable route to what can be achieved with guitars. AJbHs

Every single time there is a variety pack you guess Magott brain…… why? I mean it’s a good song but maybe it’s time to give up?

Every time there was a Variety pack and a 60s pack, I guessed Green Onions. For every February we’ve crossed I guessed Bob Marley, at the beginning of last year I guessed 2018 would end with the Rolling Stones, for a while we had the Stones and Howlin’ Wolf and I began guessing Muddy Waters. Along came Run DMC, Brad Paisley, the Jackson 5, Holiday by Green Day, Yellow Ledbetter by Pearl Jam, the Beastie Boys, The Outfield, and although I never typed it out, I though often of the Meters. Ubisoft nailed all of them. Surely someone else in this room has seen similar situations. For that giving up thing, I tried it a few times. Didn’t work. LADIES AND GENTLEMEN, BOYS AND GIRLS COMING SOON TO A GAME SYSTEM NEAR YOU..... (probably w/i the next 20 years) Around the World -- Red Hot Chili Peppers Magic Man -- Heart Minority -- Green Day Big Love (Live) -- Fleetwood Mac Gasoline Dreams / Southernplaylisticadillacmuzik -- OutKast How Blue Can You Get -- B.B. King It Was A Good Day -- Ice Cube Between the Sheets / Who’s that Lady -- The Isley Brothers Guerilla Radio / Mic Check -- Rage Against the Machine Gravity / Who Did You Think I Was -- John Mayer Greenlight Girl -- Doyle Bramhall II Love Me Like A Man -- Bonnie Raitt Rocket -- Def Leppard Electric Relaxation -- A Tribe Called Quest Doo Wah Diddy -- Zapp Pink Houses -- John Mellencamp (Cougar or whatever he’s calling himself) She’s A Bad Mama Jama -- Carl Carlton Cliffs of Rock City -- Brad Paisley Give It To Me -- Rick James The Pleasure Is All Mine -- Jimmie Vaughan Crazy Dream -- Los Lonely Boys Hey Joe / All Along the Watchtower --… Read more »

Actually if you DNS lookup theriffrepeater website you’ll see there Maggot Brain. Welcome to the cult -- we’re all here waiting for this spectacular event.