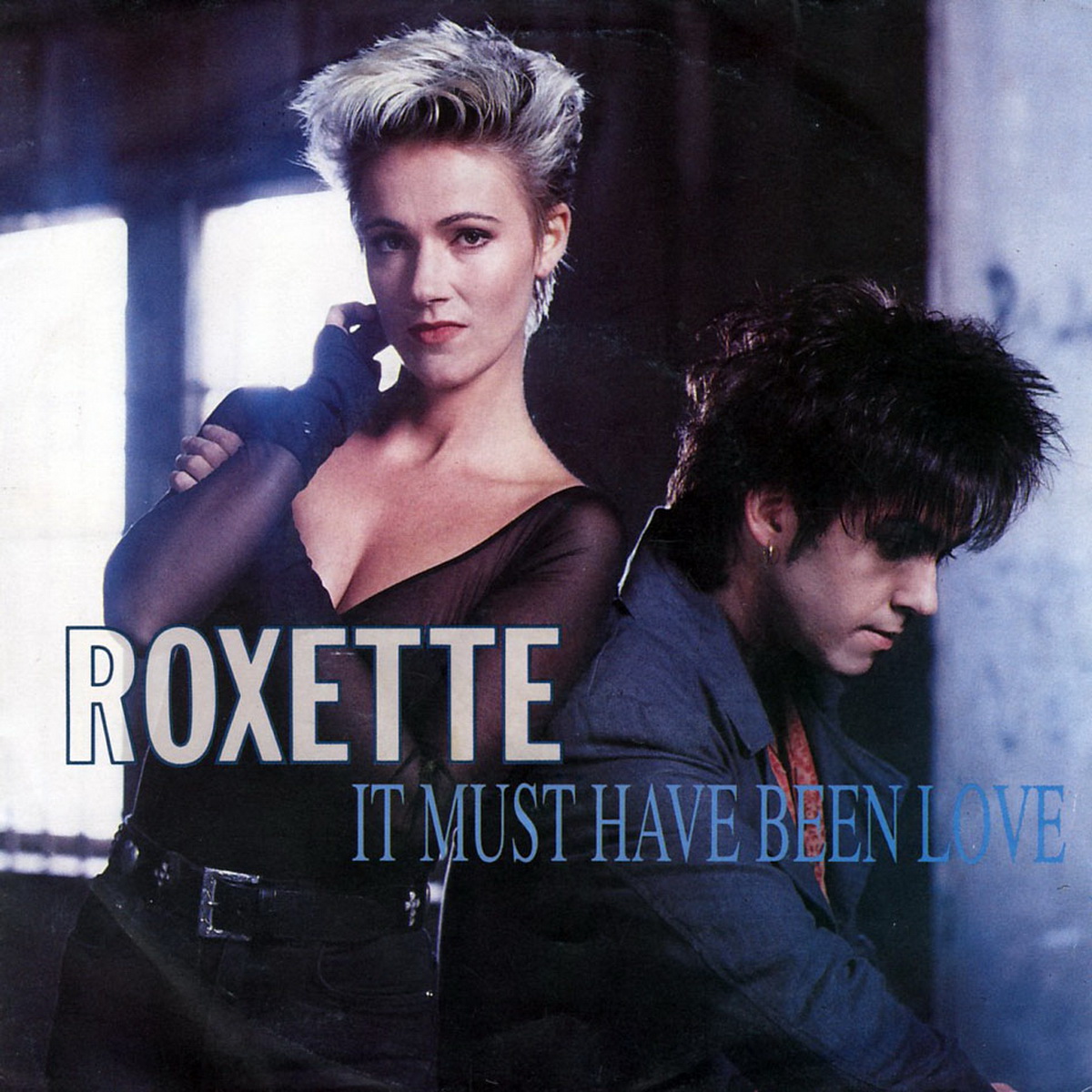 No, it’s not April Fools, there is definitely a THREE pack of @TheRealRoxette coming to @Rocksmithgame this week!

On Friday we learned that the first confirmed song would be The Look (Look Sharp – 1988). Today we can confirm (via Xbox NZ) that the other two songs are indeed Ballads such as It Must Have Been Love (Pretty Woman Soundtrack – 1990 [1987 Single]), and of course Listen to Your Heart (Look Sharp).

Roxette were one of the biggest global pop acts of the ’90s, selling over 75 million records around the world and dominating the charts with songs like “The Look,” “Listen to Your Heart,” “Joyride,” and “It Must Have Been Love,” all four of which hit the top of the Billboard Hot 100. Hailing from Halmstad, Sweden, Roxette are a duo featuring vocalist Marie Fredriksson and songwriter, vocalist, and multi-instrumentalist Per Gessle. Fredriksson and Gessle first met in the late ’70s, when she was a member of the pop combo Strul & Ma Mas Barn and he played with Gyllene Tider, one of Sweden’s biggest groups of the late ’70s and early ’80s. In 1981, after Fredriksson‘s group broke up, she joined Gyllene Tider as backing vocalist for a concert tour, and later worked with them in the studio in the same capacity. In 1984, Fredriksson released her first solo album, Het Vind (Hot Wind) and Gessle contributed a song for the sessions; the same year, Gyllene Tider recorded their only English-language album, The Heartland Café, and Gessle once again invited Fredriksson to contribute to the sessions. For the American release, Gyllene Tider‘s American label, Capitol Records, edited the 11-song album down to a six-track EP, and shortened the title to Heartland. Capitol also felt the name Gyllene Tider might not register with U.S. listeners, so the group adopted the name Roxette, taken from a song by British pub rock icons Dr. Feelgood.

Their songs “It Must Have Been Love” and “Listen to Your Heart” continue to receive wide radio airplay, with both singles recently receiving awards from BMI for achieving five million radio plays.[5] They have sold an estimated 75 million records worldwide,[6][7][8][9] with over 10 million in certified units from Germany, the US and the UK, achieving gold and platinum certifications for Joyride and Look Sharp! in all three regions.[10][11][12]

Are you happy to see the Swedish pop-rock duo come to Rocksmith or were you hoping for some more rockin’ tunes? Let us know!

I’m ok, but I wish it was a 5 pack. I know Listen to your Heart and Must have been Love are staple songs, and I love them, but I wish we could have gotten Spending my Time or Crash Boom Bang, or Joyride.

I was hoping for “Sleeping in my Car” or “Joyride” instead of “It Must Have Been Love”.
“The Look” and “Listen to your Heart” are two of my all time favourite songs, so they are very welcome additions.

At the end of the day, they could have picked any Roxette song and I’d still buy the pack.

Somebody out there really demanding 2019 to be the year of the power ballad, huh?

Chuck berry is still the only pack I’ve bought all year. I actually think at this point in a year I’ve never bought less music from ubi.

Radiohead and 70’s were solid packs for me and i’ve picked up a song or two from about half the other packs so it’s not too bad for me so far. But with this, heart, and night ranger, the Monster Ballads are weirdly prominent

Well I bought Stp, Zevon, Hollies. I’m cherry picking, which most of us do, but theres been only that one full pack, that for me, just me, I’m saying, has been worth buying. That seems below average. Like the heart pack contained 2 songs the band has publicly disowned. They aren’t happy with their 80s work so much, and I can’t argue that, but its also what we got. Just seems on odd year either for bands or what songs get picked for a band. Granted there is some odd stuff I’d love to see and even iif artists we love have multiple packs I doubt our favorite songs have been included, but we’re still happy to get the packs. Just this year is probably the lowest average of any year so far, for me. Can’t speak for anyone one else. So far we have heard best/worst year ever from other people which is probably par for every year but bands i don’t like have songs if added I’d say, yeah why not, for the right song that is. This year has not been that year, again, for me. Still Chuck’s pack, perhaps not even containing one song from as far as my top 50 (certainly 30) picks from his catalog is still one of my favorite things, cause Chuck is the one and only, true king of R’n’R and I love that we have him and hope to see more. But the fact they had to state that this pack wasn’t an April fools does say something. But we’ve got 4 more packs coming this month, I could end up thinking its the best month ever before its over. We’ll just see.

Heart was a missed opportunity there; I have been playing Straight On a lot, though.
I’d be glad to see a Chuck II any day now.

That’s why I used it as an example. A find Even with my favorite artists a lot of times a popular song is my least favorite. I actually think it’s the sign of a good album. I might like a single, but if it’s my least favorite song, it’s a good album. If the single is the best thing, irs usually not a good album. But with some of the groups we don’t know what is getting requested, what Ubi can get and then what they will pick. So I think a lot of them had better chances but, for me it went a different way. Hence only one pack and cherry picking everything else. Chuck’s not the only artist I’d love me to see return obviously, hopefully they’ll just come with good track selections. 4 more weeks in April Tele, plenty of chance to be surprised.

Yeah, gonna be very curious to see what the newsletter clues are.

Thank you thought I was the only one

Me myself and i
Reply to  Joe dirt

Been asking for them for years. I doubt we will ever get them. Just not as popular for a guitar game as lady gaga. I asked the rev. Said he’s never been approached to be in the game but would do it.

Telecaster
Reply to  Me myself and i

I’d be very pleased to see the Rev; I’ve requested a bunch of his songs.
But then I wouldn’t mind a Gaga II pack with the right song selection, either.

Don’t take this the wrong way but constantly posting that link doesn’t mean anything. For 5 years I’ve been requesting artists and bands and none of them have made it in with the exception being one song from Helmet.

I seriously find it hard to believe that they had an overwhelming amount of roxette requests. Radiohead maybe, but highly doubtful for roxette.

I don’t like this pack or this band, but they did have 4 US #1 pop hits and 2 more #2 hits, so I guess the fans must be out there somewhere. What people do and don’t like often puzzles me.

What people do and don’t like often puzzles me.

I have yet to see a song that I requested but I still enjoy requesting sort of like throwing a coin to make a wish in a fountain. You know it wont make a difference but why not you never know we might get Tool one day

Go ahead and take this the wrong way, but constantly posting random “other band” wishes in the announcement posts for current week DLC is annoying and lame.

So just use that link and request what you want. And remember that using the link to make a request doesn’t mean it’s coming to the game. Licensing is hard.

Not my first picks for Roxette, but I’m buying all 3.

Ok granted there are some things I don’t really pay attention to but shouldn’t we have our clues for the month? We already have the first pack. Don’t we normally get them at the end of each month before we start getting the packs?

Heard hole is making an appearance, mike you better hit up the party store and take back some Mountain Dew cans, you know the one outside you trailer park. Thanks MIKe see ya tomorrow! #MIKESATURDBURGLAR

Whatever you say, incel.

Great pack and always pleasing to see songs that I have requested make it into the game. Power ballads are popular for very good reasons.

A lot of these comments are by the Rocksmith creators trying to get people to buy. Your putting out crap. You want people to buy start putting in better material.

Or, another theory just check this out… Maybe people like music you don’t ?

You know he’s an obvious troll, Elliott. You’re just too soft on trolls.

Enjoy your Kelly Clarkson, since no one can post what’s on there minds here without your input, I will be posting something everyday on you. You want a troll you got one, do I know there are people out there that like crap music ya, after 2016 if now know 40% of people are morons. Please check daily for your special message.

Yep, brought this on your self.

Is that the best you can do? Sounds like you’re into cross dressing lol.