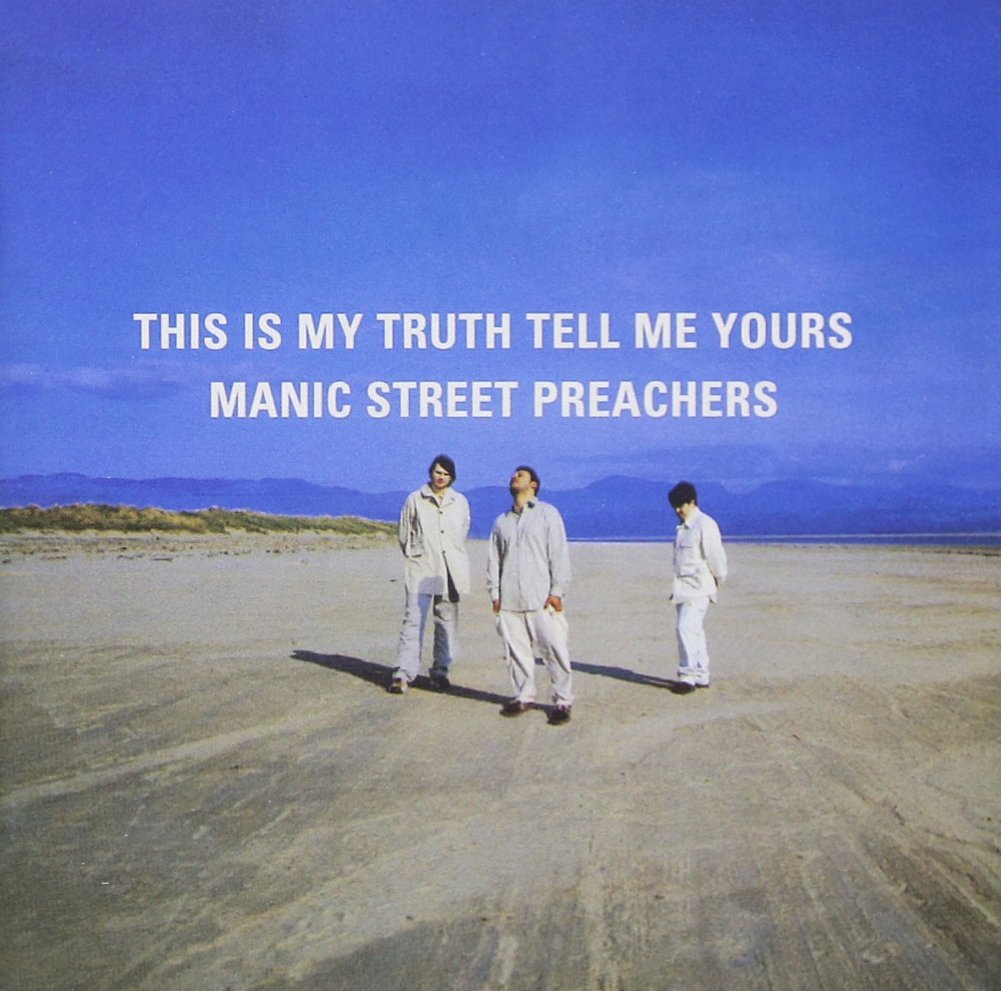 This week’s DLC comes from across the pond from three blokes from Blackwood, Wales. It’s the Rocksmith debut of @Manics!

Over the weekend we confirmed the three pack would include perhaps their biggest hit off Generation Terrorists (1992), Motorcycle Emptiness. The other two songs (confirmed via Xbox NZ) come from two different albums. First off, is the heavily predicted A Design for Life (Everything Must Go – 1996), and the extremely timelyIf You Tolerate This Your Children Will Be Next(This is My Truth Tell Me Yours -1998).

Manic Street Preachers are a Welsh rock band formed in Blackwood in 1986. The band consists of cousins James Dean Bradfield (lead vocals, lead guitar), and Sean Moore (drums, percussion, soundscapes), plus Nicky Wire (bass guitar, lyrics). They are often colloquially known as “the Manics”. Following the release of their debut single “Suicide Alley“, the band was joined by Richey Edwards as co-lyricist and rhythm guitarist. The band’s early albums were in a punk vein, eventually broadening to a greater alternative rock sound, whilst retaining a leftist political outlook.[1] Their early combination of androgynous glam imagery and lyrics about “culture, alienation, boredom and despair” has gained them a loyal following and cult status.[2]

For much of the band’s early career, it was impossible to separate the rhetoric from the music and even from the members themselves — the group’s image was forever associated with lyricist/guitarist Richey James carving the words “4 Real” into his arm during an early interview. As the British pop music climate shifted toward Brit-pop in the wake of Suede, the Manics didn’t achieve fame, but they did attain notoriety. Legions of followers emerged, including many bands that formed the core of the short-lived “new wave of new wave” movement.

Prior to the American release of The Holy Bible and the band’s ensuing tour, James checked out of his London hotel on February 1, 1995, drove to his Cardiff apartment, and disappeared, leaving behind his passport and credit cards. Within the week he was reported missing and his abandoned car was found on the Severen Bridge outside of Bristol, a spot notorious for suicides. By the summer, the police had presumed he was dead. Broken but not beaten, the remaining Manics decided to carry on as a trio, working the remaining lyrics James left behind into songs.

The Manic Street Preachers returned in December 1995 opening for the Stone Roses. In May 1996, they released Everything Must Go, which was preceded by the number two single “A Design for Life.” Their most direct and mature record to date, Everything Must Go was greeted with enthusiastic reviews, and the Manics became major stars in England. Throughout 1996, the band toured constantly, and most U.K. music publications named Everything Must Go Album of the Year. Despite their growing success, several older fans expressed distress at the group’s increasingly conservative image, yet that didn’t prevent the album from going multi-platinum.

There you have it, the long awaited arrival for Manic Street Preachers for the always growing Rocksmith Library! Are you happy with the song selections? Were you hoping for deeper cuts? Or are you already waiting for the second pack? Let us know!

How did we end up with a pack where “If you tolerate this your children will be next” is the best song? I my choices aside, I don’t believe that these 3 tracks were the 3 most requested. There is no way that’s true. Never met someone who said oh I love Design for life. Why is that here. Damn. I had hopes. Ubi crushes them again. Totally constant for this year unfortunately. And yet fingers still crossed for next week. I might be part lemming. I hope these are the MSP tracks you were hoping for cause this is not the tracks I saw coming. Play’em if you love them. I suspect this will sell better than it deserves because of the love for the band not the selection.

Aarg how did spellcheck do that. Yes I know the song is called If you tolerate this your children will be next. And as I write that spellcheck changed it, more than once. Who designed the evil thing.

I believe the word you are looking for is ‘populism’. They basically picked the 3 most played tracks on Spotify. The main driving force behind choosing the tracks is clearly the number of units they need to sell to keep weekly DLC releases a profitable venture. I would have loved a couple of tracks from the Holy Bible, which is still by far and away their best album. JDB and NW aren’t half the song writers Richey James was.

THB is my favorite Manics album, but JDB and Sean have always written the music haven’t they?

Sorry to quote wikipedia -- I know its not the most reliable source.

Whereas lyric-writing on the two previous albums was split fairly evenly between Richey Edwards and Nicky Wire, the lyrics on The Holy Bible were 70-75% written by Edwards, according to James Dean Bradfield.

Oh, lyrics yeah, no dispute there

Yeah Richey couldn’t play guitar for toffee! Apparently JDB played all his bits on the 1st album while Richey would just smash out a few power chords and stagger around during live performances. Good old fashioned rock n roll. Gotta love it.

Never heard of these guys before. They’ve been around since ’86?? One of the best things about Rocksmith is it keeps introducing me to new bands and genres. I don’t particularly like these songs, but it sounds like some of you absolutely love their other stuff. Great opportunity to expand horizons (and thwart negativity). And I found a great new (paraphrased) saying: If I can shoot rabbits, I can shoot carrot-colored fascists. 😀

Try this song for another side of them

This was my fave off of Generation Terrorists!

Was thinking of the David Simon show, my bad

Probably an unpopular opinion, but what a terrible selection of tracks. Just more AOR shovelware for the masses. Oh well, I’ll get motorcycle emptiness for nostalgia’s sake and at least I’ve saved a few more quid.

I think you are looking for the request app…

If they do more GVF I’d like to see their cover of this; idk if the rights might be a pain in the ass with spotify tho

Bit of a lackluster selection in my eyes, but I’ll probably still pick up the pack, or at least Motorcycle Emptiness. I’d love to see a second pack.

Excellent. I’d still rather have had a track from The Holy Bible over Design for Life, but nonetheless an excellent pack.

Really? I hate dancing queen. Terrible song. Combined with the sound of journey, no wonder that track was one I never liked. Definitely one of their most over rated in my opinion.

I blame rock smith new dlc for me not playing guitar all spring and summer. You are putting out crap every week.

I’d love some Rod Stewart or The Faces DLC. Maggie May, Ooh La La, If you think I’m Sexy, would be awesome.

Come Up and See Me would be a lot of fun to play.
I would be glad to see a whole Faces pack.

If Rocksmith is the only cause for you playing guitar, then maybe your interest lies with some other instrument.

Are you inferring that he prefers playing the pink oboe? Cos if that’s the case he’s not the only one…

How in the world can the hype picture be Generation Terrorists and then go on to not only have one song from it but choose the worst song at that. There’s another twenty songs on that album that are better than what you guys chose.
Urgh, was looking forward to this as well.