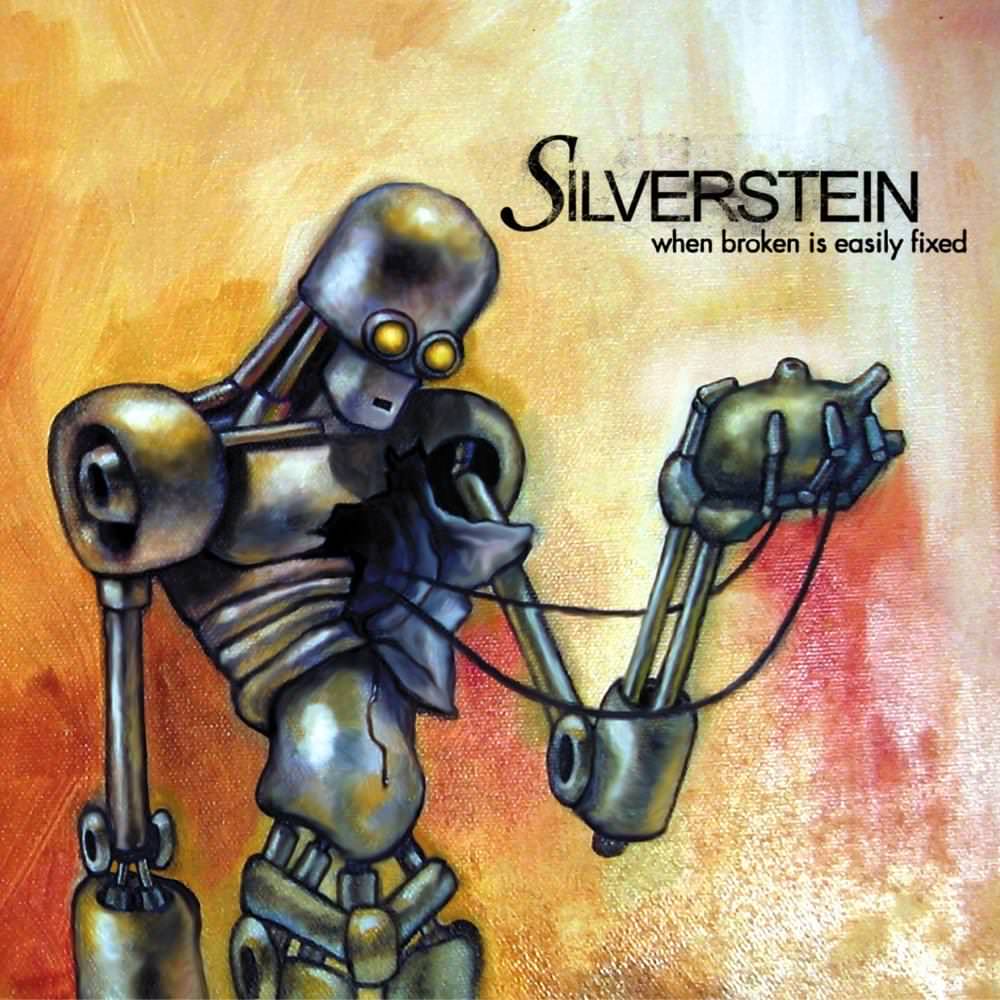 This week @silverstein makes their Rocksmith debut and with it comes FOUR songs never before seen in a music game!

We discovered over the weekend that both My Heroine and Smile in Your Sleep off Discovering the Waterfront (2005), would be featured in the song pack. Today we can confirm (via Xbox AU) that both Smashed into Pieces and Bleeds No More off When Broken Is Easily Fixed (2003) will be included as well!

Originally formed in 2000 as a side project, Silverstein were launched by vocalist Shane Told, guitarist Josh Bradford, drummer Paul Koehler, guitarist Richard McWalter, and bassist Bill Hamilton in Ontario, Canada. After diving into Ontario’s hardcore/emo scene — which also included bands like Moneen and Grade — Silverstein found an audience for their particular brand of shimmering emo and hot-blooded post-hardcore. Silverstein‘s self-released EP, Summer’s Stellar Gaze, was quite well received upon its release in 2000, and the band soon became the full-time project of its members. After a lineup change that saw McWalter being replaced by ex-Maharahj guitar player Neil Boshart, the group began to tour the eastern provinces of Canada in earnest. (AllMusicGuide)

In September 2012, the band had announced that Neil Boshart had been fired and would be replaced by Paul Marc Rousseau, who also joined Billy Hamilton on backing vocals. The band achieved moderate success with their second studio album, Discovering the Waterfront, which was nominated for a Juno Award and reached No. 34 on the Billboard 200 charts, with the following two albums charting at similar positions. Silverstein has sold over 1,000,000 albums worldwide. (Wikipedia)

Only one string to tune this week!

“My Heroine”:
The Representative Rhythm arrangement is chord-based, but doubles the Lead path occasionally.
The Alt. Rhythm path has a melodic octave section that harmonizes with the lead during the bridge.

From the Note Tracker: “Rather than only include one of the octave melodies, we decided to also include the harmony part, to be more inclusive to all parts played in the song.”

There you have it FOUR songs from post-hardcore Canadian’s @silverstein! Does this type of music interest you, or are you hoping to see what @UbisoftStudioSF meant by “we’ll go to the cinema”? Let us know!

Have fun those that enjoy this type of music, but it’s not for me.

It’s surprising that bands like Scorpions and Rainbow are still missing from the library. I’ve given up on Ozzy and Black Sabbath ever making it in.

I know, I try to be patient. I also look at old guitar tab books and mags to see which bands allowed their tunes to be transcribed in the past. In the meantime I use songster and other tools, but it’s a lot easier with Rocksmith.

Understand your feeling. Kind of annoying that Rock Band has waaaay more Marley, No Doubt, and RHCP than we do in Rocksmith. Somehow they even have Brad Paisley, tha Doggfather and the Dixie Chicks. I’ve given up on VH, Clapton, and the Black Crowes, but still holding out hope for ZZ Top, more B.B., and the MIGHTY P-Funk.

Some Isley Brothers would be nice too.

I’ll wait for next week.

So disappointed. I thought this was going to be a Shel Silverstein pack, and was so looking forward to shredding the solos in Sarah Cynthia Sylvia Stout Would Not Take The Garbage Out.

I thought maybe more than one person would get me.

Well, not this modern music. Could almost abide by it if not for that distorted screaming bit. I don’t like it when any band does that, especially if it’s their trademark sound.

Bad picks. My heroine and smile in your sleep are okay choices but not the best.

I am the arsonist
Born dead
Forgot your heart

Its a pass for me, for now.

They picked the most popular and most played live songs they have. Pretty good picks whether you like other songs better.

A good way to ensure you never getting those Silverstein songs is to pass on the pack with the safe choices, just saying…

I find myself increasingly more disillusioned with the Rocksmith fanbase. There is just a constant rush to negativity with each new DLC release.

I don’t see this. Check out the vote and comments on the last two releases (Blues & Greta van Fleet) -- reception seemed quite good to me, and I’d agree those were great packs. This band apparently just isn’t for everyone, which is fine.

most post-hardcore or pop punk bands draw negativity, the reaction outside of the website is actually mostly positive from what I’ve seen

Understood. It seems to have come out a lot more this year as Ubisoft looks to be doing a better job of including a wider range of tastes. It’s okay to respectfully pass on a pack, but the negativity you’re seeing has been a bit more this year.

I was thrilled to see Sheryl Crow, Run DMC, and Shania Twain, among others. Saw a lot of negativity during those weeks.

Just keep waving the flag for who you like. Somebody hears you.

I personally get tired of the fanbase, if you can call it that, constantly and instantly turning every social media and this-website DLC announcement into another “request for bands that weren’t just released” thread instead of discussing the actual DLC that was just announced/released/reported.

TBH, I would prefer that over the “this DLC is bad, and you should feel bad” comments.

And this is based off what I’ve seen on the Ubi Forums, TRR Comments, FB, and YT.

That generational divide will always be present. From my view, Rocksmith has actually gotten my kids to respect music that’s even before my time--stuff they would otherwise turn off. That’s one of the things that’s good about this game. If more folks would look at 1) where the music you like came from, and 2) who your favorite artists enjoys, there might be more respect for various styles. Not to say, you have to enjoy everything, but at least have some respect, or “respectfully” decline.

On another note, Rocksmith is a great study tool. Man our family is killin’ it on Beat Shazam.