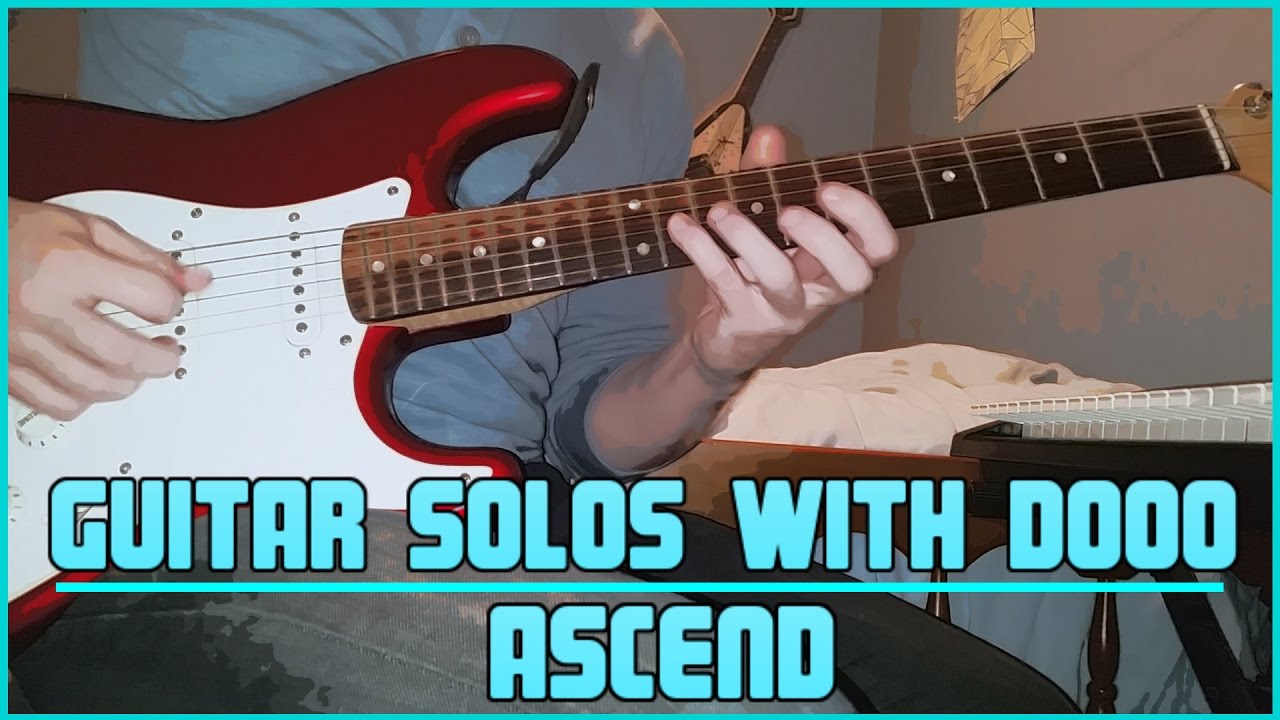 Something a bit different this week, as we celebrate some of the people associated with @Rocksmithgame such as @audrey123talks, @the_dooo, and finally Anthony Vincent’s (@TenSecondSongs) @SetTheCharge! (Confirmed via Xbox NZ).

Audrey has been playing Rocksmith since early 2012. Her progression has been shown through her YouTube channel, which has close to 270 thousand subscribers, her livestreams, and of course when she played #Rocksmith5th in 2018

Her most famous video however is when she was joined by her sister Kate on foam microphone vocals.

Since then Audrey and Kate have recorded seven songs, have had various musicians comment on their Rocksmith videos, and caused many grown men to fly into fits of rage because she doesn’t use her pinky properly.

Check out No Reason to see if you can hang with the sister duo from Japan!

Not much is known about @the_dooo besides his name is Eric, he lives in Missouri, he rips at guitar, and he has over 2 million subscribers on YouTube…

You probably know this dude, because I’m positive you’ve seen this video:

No covers from Anthony in this pack, as one of his original songs in his band @SetTheCharge is the third song for this week’s pack!

Feeling some heavy Faith No More worship on this one

Some interesting tuning choices this week!

Are you interested in this pack of Social Stars, or has this DLC fallen flat for you? Let us know!

I don’t know which is harder to believe, that this pack is even a thing, or that they are actually charging full price for it. I don’t know if there was a change in the team that runs this product in the past year, but they have really lost touch.

For you to charge full price for this is ridiculous no licensing no nothing but you would expect me to pay 7.99 that’s what I paid for the Rolling Stones pack. This one seems to be a money grab sorry guys

Actually you paid $9.99 for The Rolling Stones Pack

But it was a four pack, the comment still doesn’t make any sense ??‍♂️

Another week of crap dlc… Whats next more lame lessons? Who chose this not any sane person

I can confirm next week is not Intermediate Exercises Vol 02

Thank god for that!

Yet another shit week of dlc… What is the point of rocksmith putting a suggestion page up if they dont listen to their customers… I dont think any sane person put forward lets have some clowns from social media be this weeks dlc, we are getting punished for something with those crap dlc lessons when most of them are included in the game and now we have 3 spacks off youtube, real songs by real bands not this shit.. The game is called rocksmith not shitsmith… But lets face it every company has a [ableism removed] contingent working for them and they probably chose it, they are probably the reason avril lavigne, good charlotte, 5seconds of summer and any other shite i missed oh yeah joanie osbourne and jim croce

Mike
Reply to  The horse thief

So, you create this account on TRR and Twitter to lash out your ableist rants? Get lost!

Where I live we hang horse thieves.

The Horse Thief
Reply to  Mike

Look everybody i have a fan on twitter… Idiot i will do as i please if you don’t like it get your teething ring from your moms draw put your padded helmet on and sit quietly in the corner rocking….

Mike
Reply to  The Horse Thief

Wow, looks like there’s a major hate on for some of the fan base that helps spread the good word about the game through social media and the sort. I see nothing wrong with them picking a handful of dedicated fans and rewarding them for their overall contributions to the game itself by adding their stuff to the library. Since I doubt they’re paid staff members, it makes sense that they are compensated like the rest of the musicians in the DLC list. The Notetrackers are paid employees which I imagine is why their packs cost less. You know, once upon a time, I used to take part in an online forum involving a hockey game with a really vocal and fervent fan base and the developers reached out to us to create an unlockable team based on our forum. I’m sure that means nothing to you guys but I’m telling ya, it was pretty freaking awesome to see a team bearing jersey designs that we created show up in the next release. Same type of thing here. I can appreciate Ubi rewarding some fans who helped to make a difference over the years. Just as I’m sure most people couldn’t be bothered with our unlockable fan forum hockey team, I’m sure just as many will pass on this week’s DLC but it’s up there for whoever is interested. Next week is the TOOL 12-pack though, right?? 😉

but where’s the good and the damned?

This DLC isn’t the end of the world, but the folks who are pissed do have at least some basis for their anger. I’m assuming that Ubisoft’s crack legal squadron is scraping the bottom of the barrel when it comes to licensing actual musicians. The big holdouts (like Metallica) will probably always be holdouts -- because “your money is now our money, and we will spend it on drugs!” Bottom line: if another lesson 3-pack comes out as DLC, I will “cut you up with a linoleum knife… “

The lessons are the only 5 pack we’ve got lately, surprised you’d forget. I’d love that mastodon song though, even though I bet the same people commenting here would consider that gimmicky and a waste of DLC

If the ungettables are ungettable and everything else has been used, how about we get some more Blue Öyster Cult? Astronomy, E.T.I., and Dr. Music would be a great 3-pack.

(I only put in Dr. Music because I want to make sure that the cry babies would have something to cry about.)

I want Cities on Flame With Rock and Roll!

I just think they don’t have much money to spend blame Ubisoft not the Rocksmith team to be fair this game is old now they need a new one or a new remaster.

Wasn’t too impressed when I heard the Audrey and Kate track, but I do quite fancy having a bash at both Ascend and the Set the Charge tune.

Am feeling tempted, even tho the pack is full price -- which IMO is a bit cheeky. Going to check out the playthough vids on youtube to get an idea of what the charts are like first and make a decision based on that.

All are crap. this should be a $4.99 pack. Ascend is terrifying, but complex =/ good. Audrey and Kate’s pack is cute, but the puberty bus has run over them. The older one is looking like a weird hapa, I’m suspecting the younger to truly be autistic… HOWEVER, their song has a kinda neat punk vibe. Be honest -- when was the last time any band of significance came out of Japan. I was looking forward to some ‘Faith No More’, nope. Sounds like every background band on -insert movie/tv show here-.

Don’t support Youtubers. Let them live or die in the music industry, not the social media industry.

If they’re getting these shitty incel fucks angry they’re on the right path. And I’m glad they didn’t get Dines or the other YouTube guitar schmucks they were teasing yesterday. Audrey and Kate are the only ones I can stand on that platform. I’ll buy it to support Audrey and Kate and never play it. Sure, it sucks that the last pack I wanted was Cat Stevens and since then it’s just been the one Go-Gos song but I live in hope, and this is better than more terrible 00s metal.

Would sir like some chips with his salt and vinegar?