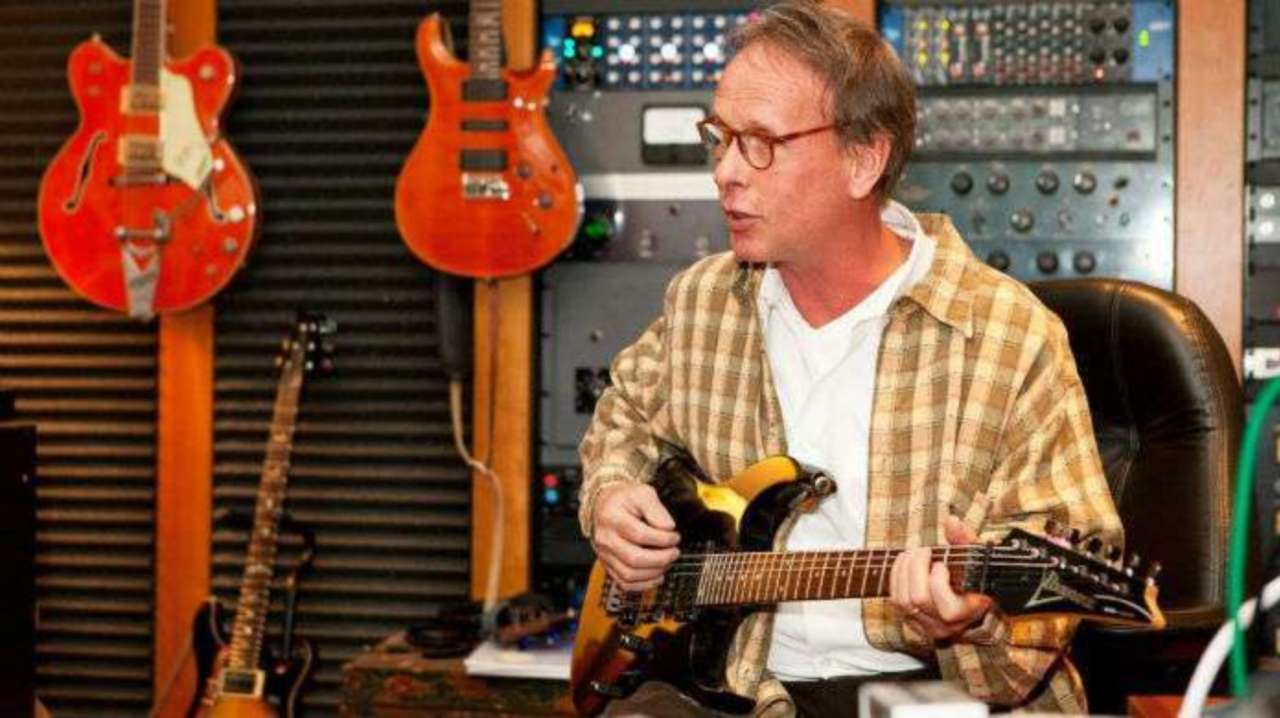 Welcome to August! We have a brand new DLC pack coming next week, and this time the clue revealed all the songs!

Let’s check out what RollingStone222 has for us this week… 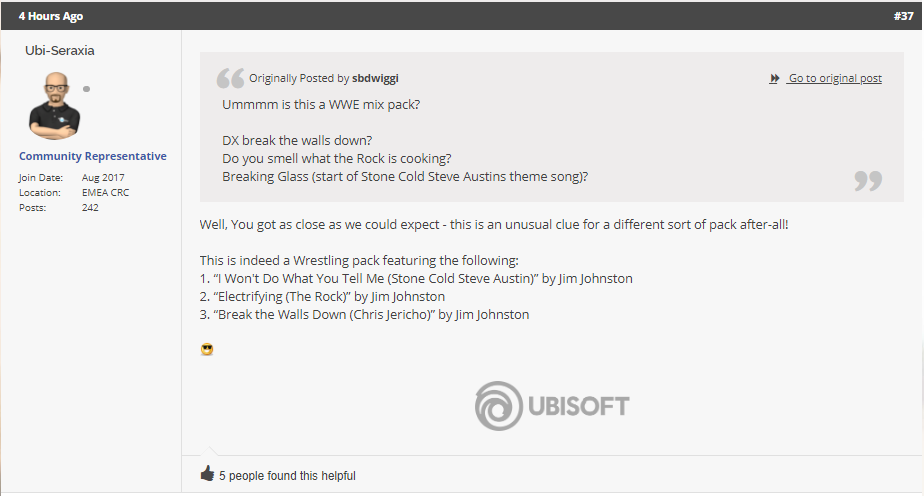 Johnson’s role in WWE was providing the soundtrack for WWE programming, in addition to providing musical content for WWE’s large output of video games, website content and entrance themes for WWE Superstars and Divas. Johnston achieved fame for producing many of the memorable entrance theme songs for the WWE Superstars, including the likes of The Undertaker, The Rock, Stone Cold Steve Austin, Mr. McMahon amongst hundreds of other superstars, many of which have been released on commercial albums and through iTunes. In 2014, CFO$ took over responsibility for creating entrance themes and musical content for WWE’s television output. This was done at the request of WWE Music Group GM Neil Lawi, who wanted to utilize the existing working relationship he had with John Alicastro and Michael Lauri. This meant a forced reduction in Johnston’s input into creating new superstar entrance themes after that date.

Beyond Superstars entrance themes, Johnston composed music for the majority of WWE’s pay-per-views and television productions, including show themes, music videos, vignettes, commercials, and tributes. He likens his work to that of scoring a live action movie, “A standard scenario is we get a call from our executive producer: ‘We’ve got a new guy coming’, or ‘He’s breaking out of a tag team and he needs music’. It’s like scoring for a movie: is he a good guy or a bad guy? Is he light and svelte and quick-moving, which dictates a fast tempo, or is he a big plodding kind of a guy, in which case you need a big, heavy, the-wrath-of-God-is-coming-upon-us sound?”.[2]

Why would there be a Wrestling theme pack? Because STONE COLD SAID SO

What is Rocksmith cooking?

Did you know Chris Jericho has his own band?

Are you surprised at this themed song pack? Are you interested in taking on some of these riffs and solos on Guitar and Bass? Or are you wondering what the newsletter holds? Let us know!

OKAY WTF????? Seriously I do like wrestling but when there is so many good artists music out there we are getting WWE music. Again WTF????? Ubisoft and Rocksmith you seriously need to get your crap under control because whomever is doing the music choices seriously needs to be FIRED!!!!. There are 1000’s of great songs out there from 50 plus years of great rock n roll and your putting out a WWE pack. what are you like 10 and don’t know squat about music. Hmm time to go elsewhere for tunes to learn cause this definitely isn’t cutting it much especially since about march/april.

Damn dude just be happy they are still going. If you really think it’s that simple go make your own game.

I’m wondering if they are getting ready to release a new game and are saving the good songs for that release.

Would’ve been nice to get a Motorhead track here.

Would’ve been preferable. Monster magnet and other bands have either written or had their songs used by wrestlers, so if they had wanted to do a pack like that I would’ve happily checked it out. It sounds like the wanted to use these overly produced, scored (and fairly sad based on what’s being sampled above) wanna be tracks by that guy(or guys, already spaced it out) based on the statement above. Doesn’t sound like anything I’ll be spending $3 on. If all the scored movie pieces were a buck each and sold in a pack, this should be to if we aren’t going to get real artists.

Can you explain how Jim Johnston isn’t a real artist?

Can you explain to me how Phil Spector is an artist? Neither is they are both producers. This one clearly does bad knock offs of other people’s styles. That right there is not art and if you can bring back Warhol from the Dead I’d be happy to tell him that (though bless him for giving us the Velvet Underground, Lou Reed and John Cale, love their work separately or together). Since I mentioned the film score pieces I will also mention I know people who actually create/write/preform the pieces that go into films and I can tell you people like John Williams don’t do anything (I’m sure at one point they did) but get rich and take credit for work other people did. As an example a neighbor of mine has worked with most any famous film composer you can name, you heard his prices in plenty of films and I’m fairly certain he cries himself to sleep because he gets paid almost nothing as a work for hire and that’s standard for the industry. I’ve known plenty of producers and unless they were already a famous or talented musician (if not both) before they were a producer, regardless of if you get along with them or not they aren’t much better than a record exec (literally a worse class of person than you imagine) and I’ve never met a producer in music or film that is an artist. They are the antithesis of art or artistry. Unless like I said above it’s some one like Chris Vrenna (amazing at everything and great guy, plus if you ever wondered why NIN never sounded the same after TDS, Chris left) or Al Jourgensen or someone who started of as a good musician. So I say to you, Can you prove… Read more »

Damn my evil spell check pieces not prices. And I should point out I’m being a little evil towards producers I’ve good and bad ones, as people not talking about their work. I’ve never met a good record exec, rich & successful, yes, good? Not a chance.

now i have my hopes up that we’ll see great funk soundtracks hits from everyone’s favorite adult movies. I know the bassists cant wait

Huh. There’s a market for this?

No Metalingus? More Alter Bridge would be awesome, especially since they have new music coming out in October.

Conceptually I’d be for this but they chose tracks that I see no value in learning to play.

And I recall Kaine’s theme being fun, but otherwise this pack is an easy pass

That would be probably the only reasonable way to justify this.

All I can think of with this pack.

finally some really DLC, for I thought the Rocksmith was becoming a bunch of jabronis, bro…

Well, time to step into the ring. Remember, don’t job.