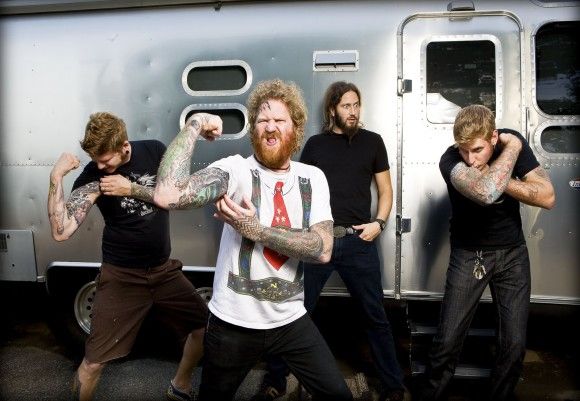 Did you want more metal? Maybe last week’s Alter Bridge DLC wasn’t what you were looking for. Maybe a Mastodon pack is more your speed. If that’s the case, then you’re in luck! @jiff1967 noticed that there were three Mastodon songs listed in the Steam updates.

And then, practically confirming this, we found those songs listed on Steam. 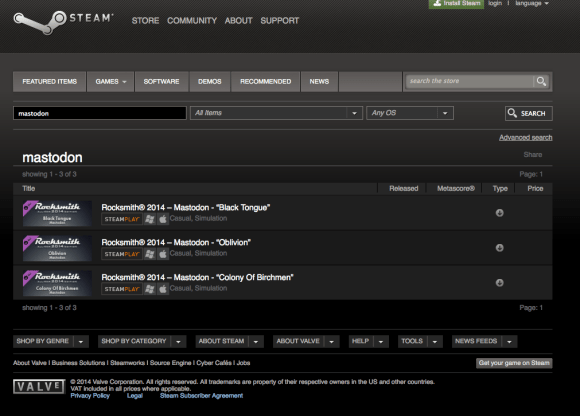 So, a Mastodon pack is definitely coming soon. Here are the songs we can expect to see, two of which are making their rhythm game debut: 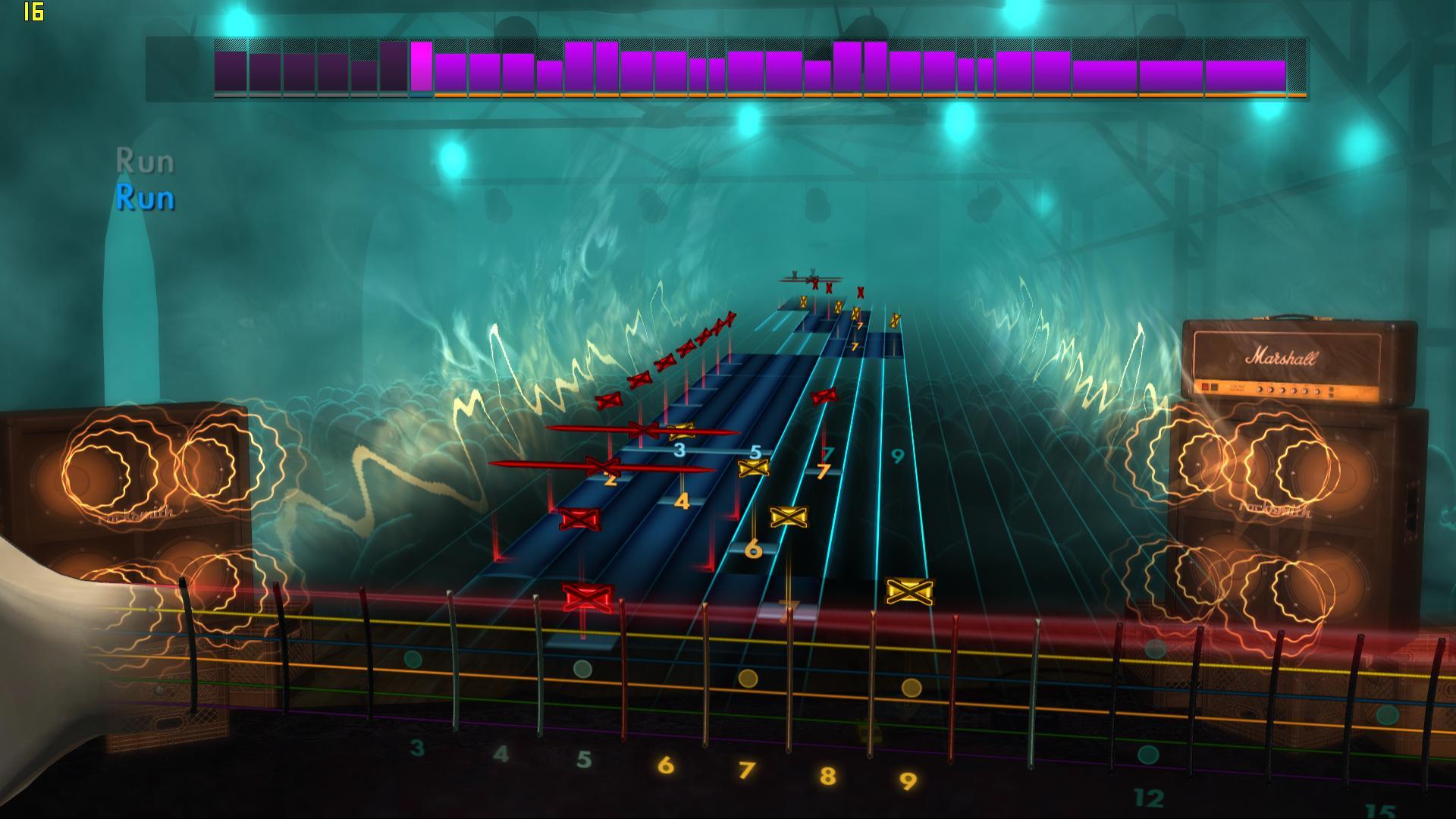 Are you excited for it, or would you rather have something lighter? Let us know in the comments! 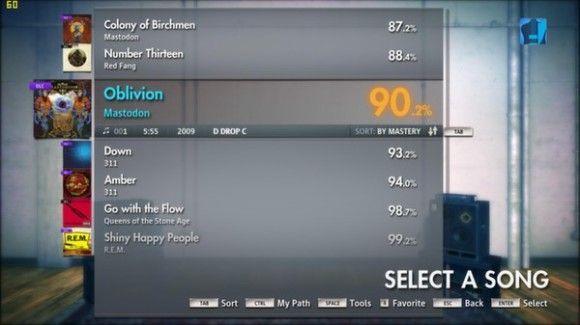 I do wish it wasn't a pita to tune my guitar.

Being a bass player I would love some Perfect Circle, Tool, or Primus.

eh, better than Volbeat I guess.

I for one am ecstatic about this DLC! \m/

This is silly, I am so amped for this tomorrow I’m like a damn kid at Christmas! It’s only rocksmith ffs…! Oh well, back into session mode with the metal band I go for now. 😈

WTF man,so many stupid coments in here.it´s all about taste,ubisoft can´t always please everyone.
If you don´t like it,dont buy it,easy a simple.

The entirety of Blood Mountain on DLC is my wet dream.

I’ve already said before that I would buy the whole Crack the Skye if they made it available as DLC. And plently of other Mastodon stuff as well.

I’ll probably get this, even though it will probably be too hard for me and I don’t really like Mastadon. Strange world.

My War era or earlier would be awesome. One song tops from the new album. And maybe some OFF! to go with it.

GTFO. Ugh. Who the hell is still listening to these bands?

Sorry, not trynda kill the messenger here. Thanks for answering. But, shit.

Not a fan, but I like some of the other drop C tunes available, but don’t play them that often because to me it is a lot of trouble to change my tuning. I usually work on the songs together, so it is gonna be good to have more drop c tunes to practice.

Still would like to see sublime, grateful dead or phish.

And yes, David lane is an “adult” troll

SHAME YOUR BALLS HAVEN’T DROPPED YET

yeah more drop tuning is good if just for the fact it is annoying to tune down for only a couple songs. My guitar has a floyd rose tremolo and going from standard to drop c is a pain to setup.

OMG Anyone but them!!! They suck

Said no one ever.

me and thousands other agree all junk coming out of dlc

So don’t buy it? Don’t play the game? Or rather than playing music maybe your hobby is complaining about first world problems?

Not for me. Never heard of them until RS2014. I just didn’t like. I AM glad that it should shut the MOAR METAL people up for a bit… Who am I kidding? Most of those idiots can’t play the crap they request, anyway. Anyway -- 2 more weeks of learning outside of RS. That’s fine with me.

“Most of those idiots can’t play the crap they request, anyway”

And you know this how? Are you psychic? You could make a fortune if you are…

do you realize we are supposed to get songs we cant play yet, rocksmith is a guitar teaching game first and formost. If the game was not designed to make us better and teach us new things it would have been a pointless game.

Hi ubishit. I’m not sure how many times I have to mention this so I’ll say it slowly

I’m not 15. Why do I want babbys first metal band? I’m an adult and I want music an adult can appreciate

If you were actually an adult you would’ve figured out by now that replying “THIS” to yourself makes you look like an idiot.

Have to agree with Jim, putting ‘THIS’ after every comment you make actually makes you look very immature. You say you want good music yet you complain on a regular basis about every dlc release. You’re a clueless Troll David.

THATS BECAUSE EVERY DLC RELEASE IS BAD MUSIC

Then your taste sucks.

You know I’m really sorry about whatever must be going on in your life that you resort to embarrassing yourself on a fan site for a niche video game for several weeks in a row as your only coping mechanism. Maybe you should find a more productive outlet, perhaps yoga?

If you were an adult you wouldn’t categorize music into “Good” and “bad” and you would try to search for new things to listen to; because rhythm games also help to make you discover great songs/bands.
Of course it is ok to dislike the choice of DLC, but do you really have to say “music is bad” and thus insulting people who like it?
You’re saying you’re not 15, but I’ve seen 15 years old people more mature than you.
I’m not sure why I’m wasting my time replying to you anyway (because you’re probably gonna respond in a totally oh so clever way).

“If you were an adult you wouldn’t categorize music into “Good” and “bad” and you would try to search for new things to listen to; because rhythm games also help to make you discover great songs/bands.”

MASTODON AREN’T ONE OF THEM

ALSO I’VE ALREADY HEARD THEM BEFORE, THEY’RE METAL FOR PUSSIES WHO DON’T LIKE METAL AND METAL SUCKS ANYWAY

Hey I don’t know shit about Polka, but I don’t pretend to know the good polka from bad either.

… Besides by your own admission aren’t you a “pussy who doesn’t like metal”?

Did you just call Mastodon a bad metal band? I wish you were banned already.

If you don’t like Mastodon you should probably stop calling yourself a fan of “Music”, or “Things That are Good”, or “a Human Being”. Now go enjoy some Justin Bieber or whatever it is that you actually do like and leave this blog in peace Lizard Person.

THIS. I agree that David Lane is a Lizard Person. They have infiltrated all levels of society. Mastodon rules.

lol mastadon are the justin bieber of metal. And metal is for children, which means mastodon are for audiences aged approx 7-13.

Sighs … Come on david. Tell us all about the music that is GOOD, about anything you always wanted to say but nobody ever asked you about … And then please go away

Oh sorry I forgot you said you were an adult. Enjoy your Kenny G in the old folks home grandpa. Remember to eat your fiber.

No, just fucking no!

so, 12 then? Can’t be older, an adult would appreciate that just because they don’t like something personally, doesn’t necessarily mean it’s bad…

And who is this Babby? Has she played in other bands before that weren’t metal, or is this her first band, period? What is the extent of her musical training? Does she use Rocksmith? I need answers!

I would rather have Crack the Skye in this pack.

me too, the whole album.

Nothing lighter. This is just the right amount of heavy

Was really hoping for “Linoleum Knife”

Good fun…this should, with a bit of luck shut a few of the persistent whiners up for a while….well at least until the next dlc speculation.

I wouldn’t mind a Metallica, Slayer or even possibly a Deicide DLC pack

I likes me some mastadon. Who knows, maybe we can get clutch next?

can’t bloody wait!!! Will have to though.