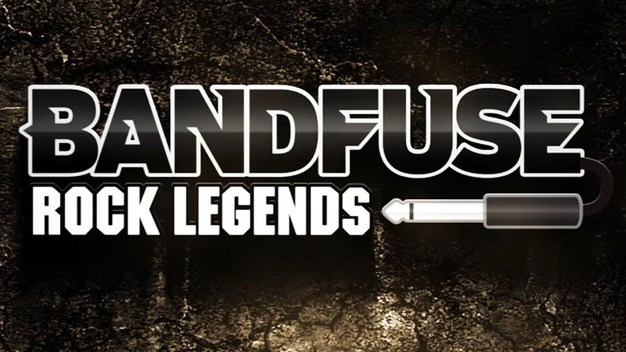 Welcome to our first installment of Setlist Sunday!

Now that Rocksmith 2014’s song library has over 800 songs there’s bound to be some cross over with other music games (real guitar and plastic guitar respectively).

First up is the now defunct BandFuse, which we reviewed favourably and in a quite in depth manner.

Note that since BandFuse uses audio stems many songs are Live recordings whereas Rocksmith got the original studio track since it doesn’t require separated tracks.

Note: none of this is available for purchase anymore on BandFuse

* Denotes the studio version of the track in Rocksmith.

Ten Songs from BandFuse we want in Rocksmith

Absolutely (Story of a Girl)

Nine Days made their music game debut here, with a fun, catchy track that bops along on bass, has a trickier-than-you think guitar solo, and a solid, unconventional rhythm track to back it all up.

Back on the Chain Gang

An alternative classic, Back on the Chain Gang shines with a fun bass track to back up the simple, but fun chord progression found on guitar.

More than just this song, in general, we have a more-noticable-by-the-day dearth of Coldplay in Rocksmith.  Yellow plays it simple with its guitar, but its melodic vocals and consistent backing bass make it a beautiful song to listen to and a joy to play.

Rocksmith could use some Alanis Morisette – but it could also always use some more Dave Navarro and Flea, who feature on guitar and bass respectively.  Easily one of the best bass tracks to hit a real guitar game, with a rockin’ lead track and revengey vocals, “You Oughta Know” would become an instant hit in Rocksmith.

A great hair metal song from Legend George Lynch, Wicked Sensation cranks up lead and rhythm with a crazy chord progression and nutty solo.  While the bass leaves something to be desired, the solo would be enough to occupy any guitarist for months.

Another band we’re wanting for in Rocksmith, Five Finger Death Punch’s “The Bleeding” crushes a catchy lead riff and difficult-to-master intro solo into one song.

Disturbed has been represented well through Rocksmith, but we were surprised this hit track made it to BandFuse and not Rocksmith.  Killer to play and sing along to, with an easier-than-you’d-think solo, we think it’s only a matter of time before we see this one drop as DLC.

With one of the greatest bass tracks of all time driving the song, a lead guitar that varies throughout, and a rhythm guitar that holds it all together, there’s no denying that Roundabout was easily within the top songs to ever hit BandFuse- and there’s no question it could make top ten lists in Rocksmith as well.

Blues Traveler’s classic hit made it to BandFuse with an admittedly confusing lead, but the solid rhythm track and catchy, difficult bass part makes it a great track to sit and learn- preferably with some coffee or tea.

Potentially the biggest band missing from Rocksmith available on BandFuse, Dream Theater’s “Pull Me Under” puts guitarists and bassists both to the test of mastering a classic.

A metal classic with a tough lick and thumping bass to go along with it, Are You Dead Yet? was one of the greatest songs in BandFuse- even if the questionable omission of the lick in the chorus hurts it a little bit.

There’s our picks, but you have the songs in front of you now! What songs would you pick from BandFuse to be included in the Rocksmith 2014 library? Let us know!

How about a pack from the Rolling Stones or The Beatles … Like songs people want to hear and play.instead of weak bands that are just and easy out for this games development group?

I don’t see your complaint about rolling stones. We have 4 songs. Please stop trying to make it so people don’t recognize you. You’re not fooling anyone PJ.

Without question my vote goes for Bodom. Prefer 5 pack treatment, but a single would be welcomed.

For a second I got all excited like update on bandfuse. Oh well at least bring over most of their music would be a plus and if RS plans on adding a new version they should add some features from bandfuse like recording, ducking and integrating videos or at least something more entertaining than weird smoke and speakers

What’s rocksmith waiting for to get Grateful Dead?

Too bad that this game was never released in Europe.

You can import the PS3 version, it’s region free

I checked but I couldn’t find it on the French PSN.

Where is my Bootsy Collins.

Duncan Sheik…I like that song and it was fun for my novice frethand back when it released. Runaround was a classic…but I love the video so I will take bandfuse on that one for the win. Incubus both of those songs were great, add in talk shows on mute and you have a decent 3 pack. Yes is phenomenal. Iconic guitar riffs and solos…gimme lots of YES. Owner of a lonely heart is much better than an owner of a broken heart…My game is taking FOREVER to load now though, anyone else?…maybe we should get an update that allows us to create playlists…I think that would be an elementary update and would enhance gameplay considerably. Especially if I have to wait 10 minutes for all my dlc to load. Just a suggestion…I am merely spamming whatever ideas pop into the braincase.

How did we NOT get love or confusion? Into the fire would be sweet also.

Breaking The Law was DLC for Rocksmith 1 🙂

Yes -- They are an awesome band and need at least a 5 pack.

Bad Religion -They need a 5 pack minimum, so many good songs.

Incubus -- Pardon Me (Expecting an Incubus 2 pack at some point)

Children of Bodom -- They could easily have a 5 pack as well.

Testament -- Wouldn’t mind seeing a 3 pack from them.

Filter -- They could have a 3 pack with Hey Man Nice Shot, Take A Picture, and (Can’t You) Trip Like I Do

I want a good chunk of bandfuse’s tracks! To narrow it down to 3 artists though I’ll pick Bad Religion, Panic at the Disco, and Five Finger Death Punch!

I haven’t played bandfuse in ages. How did “hell in a bucket” not make the list? Lol

Because we picked 10 songs
Because “Hell of a Bucket” isn’t that great of a song, as much as I’d want a Grateful Dead pack. Wouldn’t be one of my picks

Lol, its fun on bass 😉 I would love a dead pack. I like your list other than that, “you oughta know” and “run around” in particular. The last time I threw on bandfuse I discovered that I was so used to rocksmith that I couldn’t follow the charts very well anymore at all.

How the hell did I forget that when I made the list. Argh. “Hell in a Bucket” is one of my favorite on-disc.